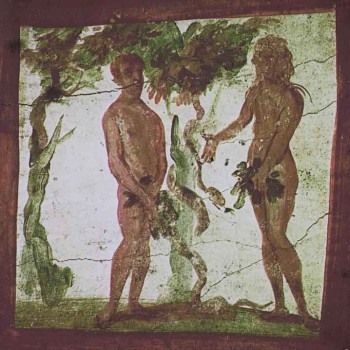 Scientific models and computer simulations from research groups around the world that span climate change impacts on ecosystems, agriculture, water supplies and health will be compared for the first time starting this week. The comprehensive analysis will be coordinated the Potsdam Institute for Climate Impact Research and the International Institute for Applied Systems Analysis.

END_OF_DOCUMENT_TOKEN_TO_BE_REPLACED 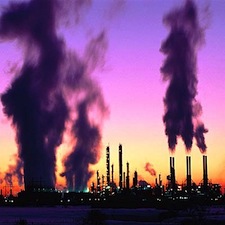 END_OF_DOCUMENT_TOKEN_TO_BE_REPLACED

The Intergovernmental Panel on Climate Change released its Special Report on Renewable Energy Sources and Climate Change Mitigation earlier this week in Abu Dhabi. Given proper policy changes and incentives from world governments, the report says, nearly 80 percent of global energy demand could be met by renewable energy sources by 2050. The report 77 percent is the high-end, optimistic projection. On the low …

END_OF_DOCUMENT_TOKEN_TO_BE_REPLACED 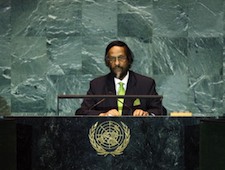 Since the release of a report by the InterAcademy Council (IAC) recommending fundamental reforms for the Intergovernmental Panel on Climate Change (IPCC), the call for IPCC chairman Rajendra Pachauri to resign have gained momentum of late, especially in the UK according to recent reports. Dr. Pachauri has become a liability – he is now causing more harm than good,” said Tim Yao, who chairs the …

END_OF_DOCUMENT_TOKEN_TO_BE_REPLACED

Recommendations are for managerial reform, not on climate science and assessment reports The Amsterdam-based InterAcademy Council (IAC), a global organization of the world’s science academies, released a comprehensive report yesterday reviewing the processes and procedures of the embattled Intergovernmental Panel on Climate Change (IPCC). The report was requested last March by United Nations Secretary-General Ban Ki-moon and IPCC Chairman Dr. Rajendra Pachauri, both of whom …

END_OF_DOCUMENT_TOKEN_TO_BE_REPLACED

In the wake of revelations that the Intergovernmental Panel on Climate Change (IPCC) allowed faulty data into its 2007 Fourth Assessment Report about the rate of melt for the Himalayan Glaciers, the United Nations has announced it will commission an independent panel to review the IPCC’s operations and recommend any needed changes. One of the key areas for review is how the IPCC handles …