Identifying and elaborating ways to increase international awareness regarding the growing significance and value of HFLD nations’ efforts to conserve forest cover amid rapid climate change, and finding ways to attract more climate finance and payments for ecosystems services, such as carbon sequestration, that support and facilitate sustainable development were focal points.

At the conference’s end, the attending parties pledged to support and work towards realizing the HFLD conference’s main aims by signing and publicly releasing what’s called the Krutu of Paramaribo Joint Declaration. “The adoption of this document is important to jointly continue our efforts and focus on practical results, as it enables us to increase our cooperation at relevant international and multilateral mechanisms,” Suriname President Dési Bouterse stated following its adoption. “I look forward to a united voice and innovative models that will shape our mutual interests. Suriname is honored to have received the mandate to bring the HFLD developing countries’ effort to the international fora. We take this assignment very seriously and pledge our dedication.”

Those more cynical might say that their attempt to attract more international financial aid and their ability and efforts to conserve forests and stimulate sustainable development are based more on greed, corruption, and general incompetence and incapacity to govern justly or effectively than any genuine interest in those issues. There’s some validity to such views, but they fail to depict the situation with sufficient accuracy or in its entirety.

“Forests bring pleasure to our lives. Next to culture and leisure, it provides us with, among other things, food, timber, clean air and oxygen. But [it] also has important benefits such as mitigation and the adaptation to climate change,” Suriname’s Vice President, Michael Ashwin Adhin, was quoted in a news report as he opened the conference. “I would like to stress the fact that Suriname has long maintained 93 percent forest cover of its total land area which has been providing multiple benefits to the global community, in particular, combating climate change for current and future generations.” More than 75 percent of Suriname’s population of some 563,400 live, and the large majority of the nation’s social infrastructure, commerce and industry is concentrated, along its Caribbean coastline, Adhin pointed out. All are under increasing pressure and threats related to climate change, such as the increasing frequency and intensity of storms, rising sea levels, erosion and saltwater inundation of freshwater resources, among others.

“We are faced with finding remedies to these problems which we did not cause. We are aware of the similarity of the situation for many other countries,” Adhin reportedly continued. “We have taken the initiative for this conference as we recognize that together as HFLD countries we can stand stronger and create a critical mass, leading a movement for recognition of our contribution to the global community and cooperate to increase the debt contribution while we enjoy equitable and sustainable economic growth,” he said.

“When we committed ourselves in November 2017 at the UNFCCC [United Nations Framework Convention on Climate Change] meeting in Bonn, we also said that we will not be in a position to do this alone, we would need technical cooperation, expertise, financial support, durable partnership, and political will at the national level but also at the international level,” Lackin told the IPS news agency.

“We know that 30 percent of the land area of the world is covered by forests. From this 30 percent, nearly a quarter is in the HFLD developing countries. And when we know the value and role of forests when it comes to mitigation and adaptation and the added effects of climate change, then we feel that it is time for a different kind of discussion when it comes to accessing finance.”

A glaring gap in climate finance

Just 8 percent of international financial resources have been allocated to HFLD developing countries in the last decade, Lackin added, highlighting the neglect of HFLD countries’ achievements to conserve forests at a time when the ecosystems services they provide are increasingly significant and valuable locally and globally.

Shantanu Mukherjee, Chief at the Policy Analysis Branch, Division for Sustainable Development, from the U.N. Department of Economic and Social Affairs, said the U.N. fully supported the Suriname conference and the goals expressed there.

Mukherjee noted that the conference itself was a result of close collaboration between various U.N. agencies and Surinam’s government. Furthermore, he pointed out that the latest research shows that while HFLD countries contribute significantly to the health of the planet they lag substantially in terms of receiving climate finance, something that has been overlooked for many years, according to IPS’s report.

“The crucial role that forests in HFLDs play in storing carbon as well as providing food, water, shelter and livelihoods to tens of millions of people is now at stake,” Mukherjee told IPS. “If this gap is not addressed soon, developing HFLDs may be forced to be in the unfortunate position of choosing between their global role in combating climate change on the one hand and their legitimate development aspirations of their people on the other. Many are already in dire need of financial support to pave their roads towards a green and more sustainable future in which none are left behind.” 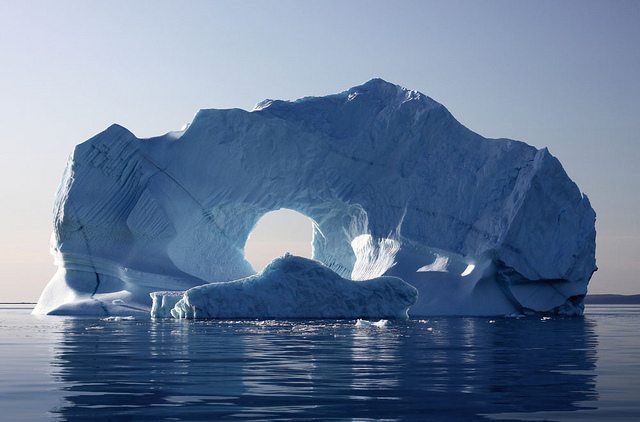