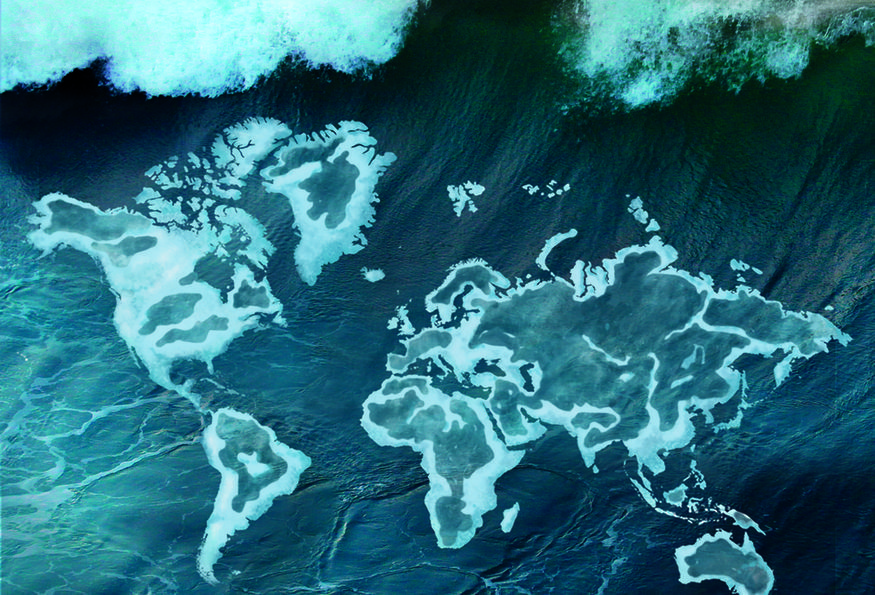 Oceans covers more than two-thirds of our world’s surface, which has led many to dub the Earth the “Blue Planet.” Though scientists and many non-scientists believe all life on Earth originated there, the sea is somewhat alien to us. Many never see the ocean in their lifetimes.

While ocean pollution and over-exploitation of its vast natural resources causes alarm in some circles. Many are spurred into action, but at the end of the day, various factors contribute to a sense of powerlessness in the face of larger forces: the basic need to provide for ourselves, families and communities and the “disconnect” between nature our ever increasing reliance on technology brings about, for example.

Awareness of the facts helps counteract this, empowering people and lending credibility and illegitimacy to their views, opinions, and actions. It’s towards this and other ends that Germany’s Heinrich Böll Foundation has released the latest in a series of global environmental reference works, “Ocean Atlas: Facts and Figures on the Threats to Our Marine Ecosystems 2017.”

As the Böll Foundation highlights, the ocean is “rich in resources and provides us with food, energy, and minerals. Oceans are important transportation routes and crucial for the stability of our climate and the weather. But due to overfishing [sic.], the loss of biodiversity, and ocean pollution, the future of this unique ecosystem faces a grave threat today.”

Scientists are tracking, analyzing, and reporting on the impact of increasing ocean surface temperatures, acidity, and other critical variables has on marine ecosystems, life, and physical processes worldwide. As GWIR reports, this includes a rise in ocean acidity that threatens the ability of the microscopic plankton that form the very base of the marine food chain to create the calcium carbonate shells they rely on for survival. 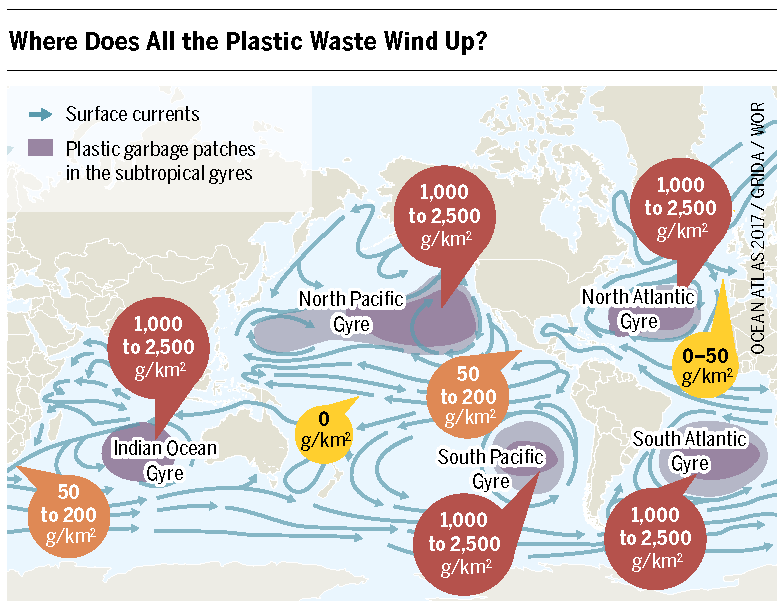 Dramatized in the film, “The Day After Tomorrow,” one potentially catastrophic impact of global warming is disruption to the northern Atlantic “oceanic conveyor belt” that continuously transports warm ocean waters from equatorial regions to the North Pole. Warming and modulating temperatures as it makes its way south from the Arctic, the oceanic conveyor has played a fundamental role in the rise and development of civilizations throughout Atlantic Europe.

In short: “Without the ocean there would be no life on our planet. But the future of this unique ecosystem faces a grave threat today. The Ocean Atlas 2017 delivers with its 18 contributions and 50 graphics the relevant facts and figures about the ocean,” the Böll Foundation writes.

The World Ocean and Natural Capital

Furthermore, the Ocean Atlas 2017 “illustrates the important role played by the ocean and its ecosystems – not only for people living on the coasts but for all of us. It aims to give a current insight of the state and the threat of the seas, that are our livelihoods. Therefore we hope to stimulate a broader social and political discussion about the meaning of the ocean as an important system and the possibilities for protecting it,” the foundation explains.

The great failure, and irony, of the success and onward march of human progress is that it is wiping out other forms of life to the degree that biologists say we are already in the midst of the “Sixth Great Extinction.” Underlying and driving this is the myriad, often unknown and untold, degrading effects our use of technology in the pursuit of ever greater ease, comfort, and material goods has on the very ecosystems that make our lives possible in the first place. 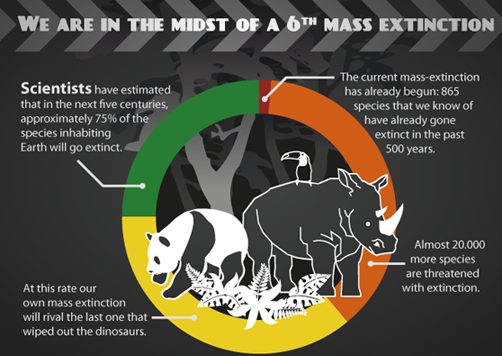 What’s seen as an urgent need to value ecosystems and the life-enabling and supporting services they provide has led to the development of “natural capital.” The concept is gaining traction as an alternative to conventional ways of measuring and assessing economic growth, socioeconomic development, and human well-being, another trend GWIR has been keen to report on.

As the Böll Foundation puts it, there is perhaps no more succinct an expression of economic failure with regard to nature than this from Pavan Sukhdev:

“We use nature because it’s valuable, but we lose it because it is free.”

“With this remark, Sukhdev places the question of the ‘value of nature’ at the heart of the debate about a Green Economy. The ‘value’ concept is ambiguous and does not necessarily denote a monetary value. But for an economic valuation, the question of price is central. And there is no price on natural assets such as clean air; this is inferred to be the reason for their overexploitation [sic.] or the root cause of their degradation.

“For economists, greener growth is fundamentally about changing the incentives that have led to environmental degradation and depletion — that is, ‘getting the prices right,’” the World Bank says. “For that to happen, prices must exist… Putting a monetary value on natural ecosystems is a key step on the road to ‘green’ economic growth.” 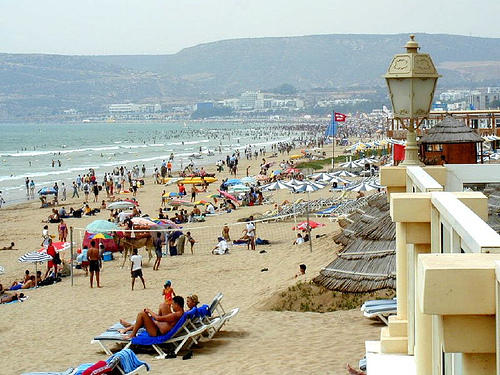