This morning, under the cover of “energy independence,” U.S. President Donald Trump signed an executive order calling for a rewrite of the EPA’s Clean Power Plan. The Plan is the cornerstone of U.S. commitment to curbing emissions under the Paris climate agreement, so the rewrite represents a significant rollback of U.S. global warming mitigation as a whole. Unlike the rhetoric surrounding health care, no replacement carbon regulation is under consideration.

In an examination I did last week for TriplePundit, I reviewed an early draft copy of the executive order, which cited conclusions from a report prepared by NERA Economic Consulting as the reason for the rollback. NERA researchers claimed the Plan will “cost up to $39 billion a year,” causing “double-digit electricity price increases,” all for “meaningless environmental impacts.” The NERA study was funded by the American Coalition for Clean Coal Electricity.

The damage doesn’t stop there. The executive order also overturns limits on coal leasing on public lands — the impacts of which will likely not be felt for decades. Given the reality of the coal industry, which even supporters of Trump’s coal policy fear Trump doesn’t really understand, there is little demand for additional coal leases on public land. And there likely won’t be until the 2030s.

The order also eliminates consideration of the social cost of carbon for government agencies. Up until now, government officials were required to consider the economic impact of avoided environmental pollution when green-lighting new initiatives. The guidelines were originally drafted by the Ronald Reagan administration and strengthened under Barack Obama.

Combined with the proposed budget released earlier this month, the impact of this morning’s executive order is sweeping and harkens back to a world without environmental protections.

The assumptions upon which Trump and his advisors justify such draconian measures are themselves grounded in faulty data, according to research from Noah Kaufman of the World Resource Institute, a former NERA employee.

The NERA research assumes that the consistent, year-on-year growth of renewable energy –and rapidly expanding capacity and falling prices — will not continue, which is extremely unlikely, Kaufman says. NERA relied heavily on data from the Energy Information Agency, which has an odd penchant for consistently underestimating the growth of the renewable sector.

Kaufman and his team cross-checked the data with four other models to test the justifications in the NERA report.  Only one report, the EPA’s own study, came down in the middle of the estimates, apparently the most detached from a preconceived outcome.

Kaufman stresses the importance of transparency when using paid research as a basis for policy decisions.

“When modelers have a favored result in mind, it’s not so hard to take these models and produce the result that they want to produce,” Kaufman told TriplePundit.

To that end, Kaufman considers a report released by the Rhodium Group as an example of using clearly stated, moderate assumptions based on rigorous and non-biased data. This data readily supports the economic benefits of environmental regulations, unlike the biased data used in the NERA report.

The Paris Agreement, committed in name only

At his 2006 State of the Union address 11 years ago, former President George W. Bush, no particular friend to climate or alternative energy research, famously said: “America is addicted to oil.”

Granted, the situation was different then: The fracking boom was still years in the future, and the “era of cheap natural gas” had not yet begun. But his words are still instructive.

Today, Donald Trump may end all that, setting in motion a reversal of support for environmental protection, climate and earth science, and basic energy research. All, apparently, in the misguided or cynical assertion that it will “bring coal jobs back.”

It won’t. It threatens our national economy, credibility and the future of everyone on the planet. If the Trump administration remains a signatory in the Paris Agreement, it is in name only. Credibility is lost from a country that sees the future in attempting to go back to the past.

All for one more hit of our fossil fuel addiction. It can’t go on forever. 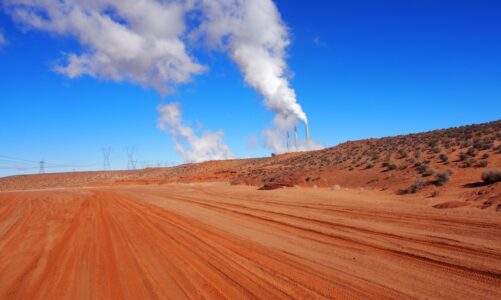