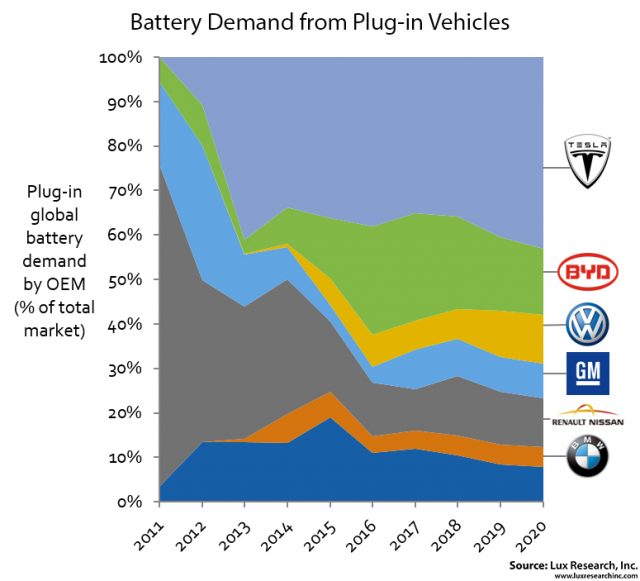 Worldwide auto sales rose to a record high 88 million last year off the backs of a record sales year in the U.S. 2016 unit sales are expected to approach 90 million and exceed 100 million by 2020, according to market research forecasts.

Accounting for less than 1 percent of global light-duty vehicle sales in 2015 (1.3 million units), electric vehicles (EVs) will become a more economic option than gasoline or diesel cars in most countries over the course of the next decade as the cost of batteries continues to decline, Bloomberg New Energy Finance (BNEF) predicted in a February market research report. The market for rechargeable, plug-in EV batteries will rise $10 billion by 2020, according to a Lux Research forecast and report released June 28. Six automakers will account for 90 percent of total demand: Tesla, BYD, Volkswagen, GM, Renault-Nissan, and BMW.

Forecasting the path EV battery prices will take was at the core of BNEF’s forecast for EV sales, lead advanced transportation analyst Colin McKerracher explained. “Lithium-ion battery costs have already dropped by 65 percent since 2010, reaching $350 per kWh last year. We expect EV battery costs to be well below $120 per kWh by 2030, and to fall further after that as new chemistries come in.”

“Consumers will soon be able to purchase electric vehicles with 200 miles of range for less than $40,000, almost half the price of the long range EVs available today.”

“Plug-in adoption is ultimately being fueled by rapidly decreasing battery costs and the success of early EVs such as Tesla’s Model S and Nissan’s Leaf, which has forced a number of other OEMs to make more serious commitments to developing plug-in vehicles,” Robinson was quoted. In its market research report, Lux Research forecasts the market for nearly 90 plug-in EVs and fuel cell vehicles (FCVs). Other key findings include: 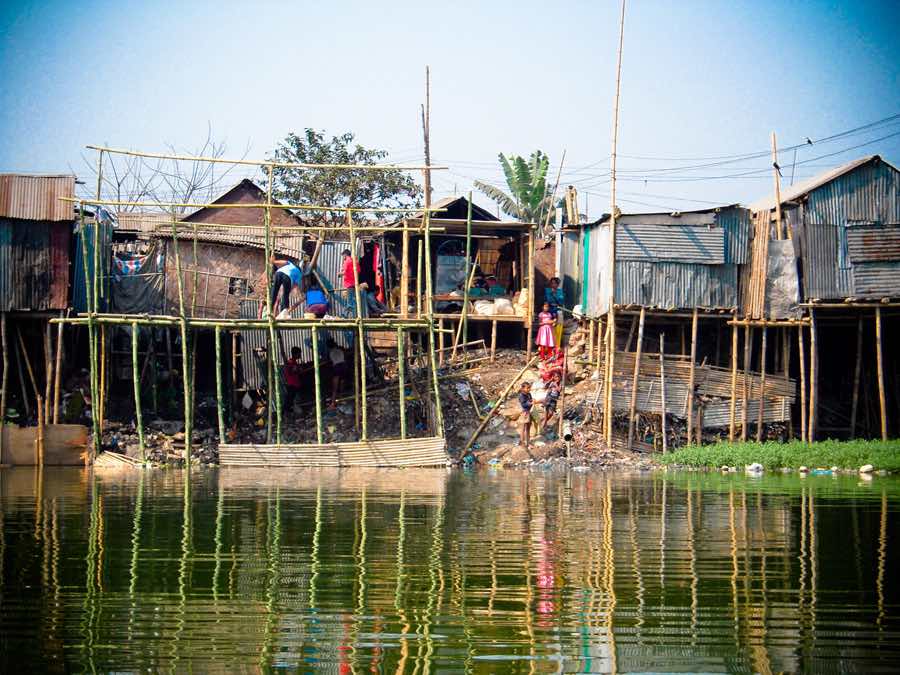