It is now public knowledge that Exxon has known for decades that its core business is directly responsible for climate change. Even more damning is the fact that they covered up this knowledge. To make matters even worse, they actively participated in and funded a sophisticated campaign to fuel climate denial and delay climate action as long as possible.

As reviewed by InsideClimate News, an 8-month multi-part investigative exposé, Exxon’s own research proves that they were aware of climate change and the salient role played by fossil fuels all the way back in the 1970s.

What Exxon Knew and When They Knew It

In 1977, Exxon’s own scientist James Black said that there is general scientific agreement that the most likely manner in which mankind is influencing the global climate is through carbon dioxide release from the burning of fossil fuels. At a meeting in Exxon Corporation’s headquarters, Black told the company’s Management Committee that CO2 generated by fossil fuels would warm the planet and could eventually endanger humanity.

A year later, he offered an updated version of the same warning to Exxon scientists and managers. As reported by InsideClimate, his message explicitly stated:

Black even mentioned the implications for food scarcity, warning that in some places, “agricultural output [would be] reduced or destroyed,” Exxon’s research included climate modeling of the greenhouse effect and a tanker that traveled the world to measure carbon dioxide levels in the ocean and atmosphere. The tanker project ran from 1979 to 1982.

Other scientists began to publish their own research linking fossil fuels and global warming. As the public began waking up, in 1988, Exxon ended its CO2 research and unleashed one of the most pernicious and destructive misinformation campaigns ever perpetrated on humanity. Their goal was simple, manufacture an element of doubt into the science of climate change so that they could buy time and bring as much of their climate-destroying petrochemicals to market as possible.

As Exxon engaged this diabolical campaign, they knew from Black’s warnings that they had five or ten years to make “hard decisions regarding changes in energy strategies” before the situation became “critical.” ExxonMobil spokesman Richard D. Keil said that the company’s scientists knew that the “risk of climate change is real and warrants action.”

In 1978, Harold N. Weinberg, one of the managers at Exxon Research, wrote an internal company memorandum that read: “This may be the kind of opportunity that we are looking for to have Exxon technology, management and leadership resources put into the context of a project aimed at benefiting mankind.”

As revealed by a 1982 corporate primer on carbon dioxide and climate change prepared by its environmental affairs office, Exxon’s management was well aware of the dangers of fossil fuel emissions. The report was marked “not to be distributed externally,” but it was “given wide circulation to Exxon management.” The report clearly indicated that reducing the impacts of global warming “would require major reductions in fossil fuel combustion.” They further knew that failure to do so would result in “some potentially catastrophic events that must be considered,” the primer said, citing independent experts. “Once the effects are measurable, they might not be reversible.”

Roger Cohen, head of theoretical sciences at Exxon Corporate Research Laboratories, wrote our “ethical responsibility is to permit the publication of our research in the scientific literature…Indeed, to do otherwise would be a breach of Exxon’s public position and ethical credo on honesty and integrity.”

While they published some of this research in the early 80s, they soon decided to end their greenhouse gas research and pursue a deliberate and willful campaign to sabotage the public’s trust in the science associated with climate change.

In 1982, Exxon knew that fossil fuels would be replaced by renewable energy sources. As Edward E. David, the president of Exxon Research and Engineering, said: “few people doubt that the world has entered an energy transition away from dependence upon fossil fuels and toward some mix of renewable resources that will not pose problems of CO2 accumulation.” Corporate executives did not share this information with the general public or Exxon’s shareholders. They knew that synthetic oil made from coal, tar sands, and shale could significantly boost CO2 emissions, but they did nothing to stop or slow production.

Rather than heed these warnings, Exxon began investing millions in misinformation, and they lobbied to block government action to reduce fossil fuel-related emissions. Exxon was a founding member of the alliance of large corporations that formed the Global Climate Coalition to halt government efforts to curb fossil fuel emissions.

In 1988, after James Hansen warned Congress that climate change had already begun, Exxon deployed a deceitful counter-narrative to muddy the waters of climate science. As reported by Motherboard, Exxon poured “at least $16 million dollars into lobbying and advertising campaigns to cast doubt on the scientific evidence about climate change. Exxon brazenly declared that “Victory will be achieved when average citizens ‘understand’ (recognize) uncertainties in climate science.” To execute their devilish plan, Exxon used the American Petroleum Institute and pseudo-scientific research from think tanks. As reviewed by Triple Pundit, Exxon has funded climate denial lobbying groups like the Heartland Institute. Exxon gave the institute $765,500 over an eight-year period.

Exxon continues to take advantage of its deep pockets to provide “contributions” to politicians in a bid to buy their cooperation. Exxon funds members of Congress, like Jim Inhofe, who deny climate change. They also use their control over legislators to kill legislation like the American Clean Energy and Security Act (aka the Waxman-Markey Bill). Exxon’s influence extends to the most powerful office in the world. According to the Hill, in 2001, Exxon Mobil lobbyists helped convince President George W. Bush to pull out of the Kyoto Protocol.

In addition to paying off politicians and funding a number of front groups, Exxon also does its own lobbying. Exxon paid researchers to publish papers questioning established climate science. One such researcher is Wei-Hock Soon, he has received extensive funding from fossil fuel companies, including Exxon Mobil. Exxon also supports ALEC, a free-enterprise group that has opposed government mandates, subsidies and other efforts to force or encourage companies to develop and use more renewable energy sources.

Exxon scientists like Cohen and David, who had been pioneers of climate research, began to publish views that cast doubt on the veracity of mainstream climate science. This prompted the Royal Society, the United Kingdom’s science academy, to send a harsh letter to Exxon in 2006, accusing it of being “inaccurate and misleading” on the question of climate uncertainty. Bob Ward, the Academy’s senior manager for policy communication, demanded that Exxon stop giving money to dozens of organizations he said were actively distorting the science.

Through deliberately misleading campaigns like the so-called “Climategate” scandal, deniers sought to discredit the scientists who contributed to climate research. Michael E. Mann, Director of Penn State Earth System Science Center; author of ‘Dire Predictions’ and ‘The Hockey Stick and the Climate Wars’ was one of the scientists that Exxon’s disinformation illegitimately sought to discredit. Exxon is also trying to discredit the journalists who exposed the company’s systematic obfuscation.

A November 2015 New York Times article indicated that New York attorney general Eric T. Schneiderman was exploring the grounds for legal action against Exxon. Schneiderman issued a subpoena to Exxon that demands financial records, emails, and other documents. A New York statute known as the Martin Act may make it easier to secure a conviction than under financial regulations.

Set Back All of Humanity

Others also call for legal action, including Democratic presidential contenders Hillary Clinton and Bernie Sanders. Environmental Defense Fund President Fred Krupp and 49 leaders from environmental, indigenous, and civil rights groups signed a public letter asking US Attorney General Loretta Lynch to launch a probe into Exxon. They specifically want Lynch to determine whether Exxon knew about the dangers of climate change as it funded efforts at climate denial and systematically misled the public. Sharon Eubanks, a former Department of Justice prosecutor who helped win racketeering convictions against tobacco industry execs in 2006 is also among those calling for a criminal investigation. She specifically suggested that Exxon should be investigated under Racketeer Influenced and Corrupt Organizations Act (RICO) action.

In a Guardian article, Bill McKibben succinctly explained Exxon’s historic misdeeds describing them as “treachery” and “unparalleled evil.” He went on to say, “No corporation has ever done anything this big and this bad…” this company had the singular capacity to change the course of world history for the better, and instead it changed that course for the infinitely worse. In its greed, Exxon helped more than any other institution to kill our planet.”

As explained by the Hill, “a single company may have set back all of humanity.”

Exxon’s malfeasance has succeeded in slowing climate action and this will have calamitous repercussions. There is a parallel between Exxon’s subterfuge and the tobacco industry’s criminal culpability for its failure to disclose its own research about the serious health dangers associated with smoking. However, there is a powerful difference, unlike big tobacco’s lies, Exxon’s deceit imperils all life on the planet.

Richard Matthews is a consultant, eco-entrepreneur, green investor and author of numerous articles on sustainable positioning, eco-economics and enviro-politics. He is the owner of The Green Market Oracle, a leading sustainable business site and one of the Web’s most comprehensive resources on the business of the environment. Find The Green Market on Facebook and follow The Green Market’s Twitter feed. 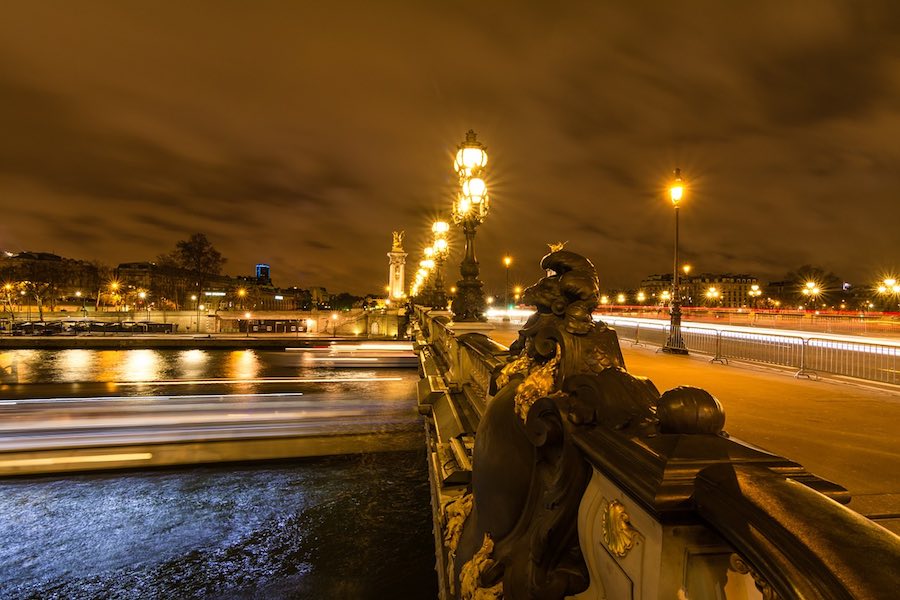 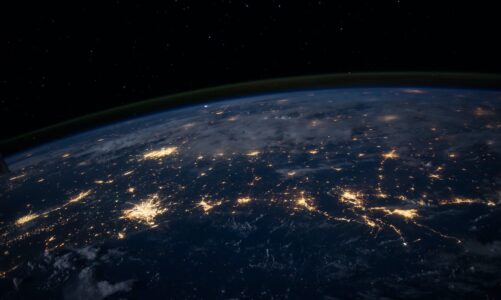