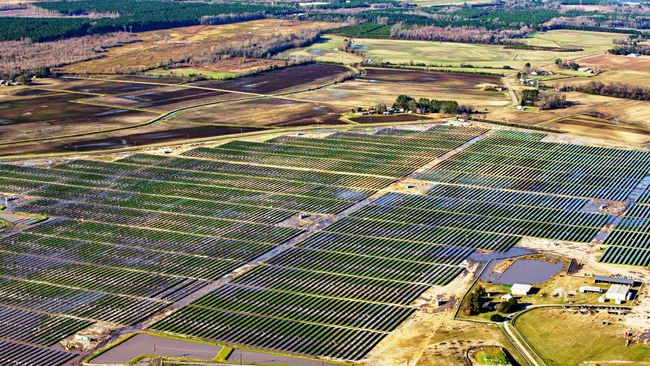 Duke Energy’s corporate solar energy program is generating what’s shaping up to be a steady stream of high profile customers – Google and Corning among them. Adding to the roster is Lockheed Martin, which signed a 17-year solar power purchase agreement (PPA) with Duke Energy Renewables, according to a February 1 press release. The Lockheed-Duke solar power PPA is expected to produce 30-MW/some 72,000-MWh per year of clean, renewable electrical power for the national grid – enough to meet demand throughout Lockheed Martin’s domestic operations. That’s going to come from a new 80-MW Duke Energy Renewables solar facility in Conetoe, North Carolina – the largest of its kind east of the Mississippi, Duke highlights.

It makes good sense to focus initially on cutting emissions in the power industry, which is precisely what the Obama administration intends with the Clean Power Plan.

Made up of a relatively small number of highly regulated big generation companies, U.S. power utilities are collectively responsible for about 1/3 of national GHG emissions – the single largest contributor across the economy.

Commenting on its new 80-MW solar power PPA with Duke, Cala added: “Signing this agreement for the acquisition of large-scale renewable power is a significant milestone towards our commitment to environmental stewardship and is one more step in the expansion of our Go Green program looking for operational efficiencies and best business value to our operations.

“We have a goal to reduce our greenhouse gas emissions by 35 p by 2020 based on our 2010 emissions, and with this investment in renewables we are one step closer to achieving that goal.”

Duke’s solar energy business has been on a roll lately. Duke Energy’s Commercial Portfolio has grown to include 18 wind and 35 solar power facilities in 12 states. Collectively, their capacity totals some 2,500-MW.