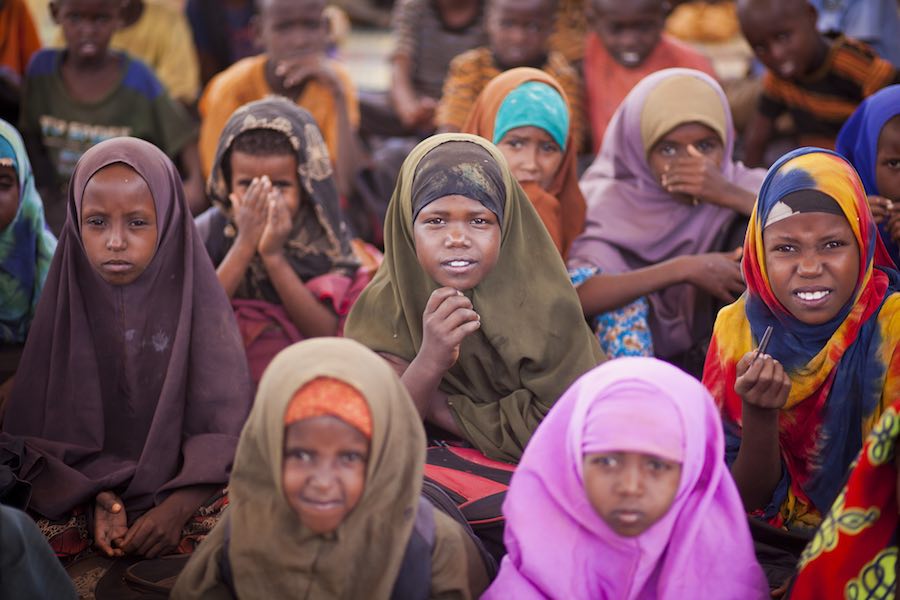 Hundreds of thousands of migrants are fleeing to Europe to escape conflicts fueled in part by climate change. While this is the worst refugee crisis the world has faced since World War ll, it is nothing compared to the number of climate refugees we can expect as the world continues to warm. In the absence of climate mitigation and adaptation efforts, we can expect to see hundreds of millions of refugees.

According to the UN there are now 43 million refugees in the world. Migration is not new, nor is it limited to modern humans. Almost two million years ago, homo erectus began its migration. One of the defining features of homo sapiens, both ancient and modern, is our propensity to migrate. Our early ancestors migrated from Africa 200,000 years ago and spread out all around the globe. We continue to migrate to this day.

The difference today is that there are now more than 7 billion people on Earth, and that number will climb to 9 billion by 2050. Climate change will force the migration of an unprecedented number of people.

Secretary of State John Kerry warned of a flood of climate refugees and French president Francois Hollande said that we can expect millions of such migrants in the next couple of decades.

Climate change can contribute to conflicts, which in turn cause people to flee. Climate change can also directly increase the number of climate refugees.  A number of studies have suggested that climate change-induced drought had a hand in a number of key international events from the Arab Spring to Syria’s civil war.

It is clear that the Levant (eastern Mediterranean including Syria) has been suffering from drought compounded by climate change. Drought is also a salient factor in the mass migrations observed in Africa.

Most of the world’s refugees are from Syria, a country which experienced extreme drought from 2006 to 2011, which is known to have been exacerbated by climate change. This was the most severe drought ever to hit the region. Related crop failures helped to fuel conflict, which in turn caused people to flee.

Droughts are not the only factor driving migrants. As the Earth continues to warm and sea levels rise, hundreds of millions of people will be forced to flee the coasts and move inland. This includes millions of people in India, Bangladesh and Vietnam.

A 2007 UN report concluded that climate change and environmental degradation was a key trigger in the conflict in Darfur a few years earlier. Climate change may have also exacerbated the drought in north Africa. This fueled higher food prices which was a contributing factor to the revolutionary sentiments that gave rise to the Arab Spring.

Even parts of Europe, particularly Mediterranean nations, may become too hot and too arid to support human habitation. Ironically, the people that are now receiving migrants may themselves become migrants in the not too distant future. Humans have always migrated from one place to another, but there have never been anywhere near the 9 billion people that we expect to see on this Earth by 2050. Kofi Anan was correct when he said “migration cannot be stopped.”

Many of us were scarred by the viral image of a drowned little boy named Arun lying face down in the sand on a Turkish beach. While many of us recoiled in horror and wanted to look away, the truth is we have to look, this is the horrifying face of climate change. This is our collective fate if we fail to care for each other.

“If we are going to solve the looming environmental crises of our time, we are going to have to give up our tribal loyalties for solidarity. ..We should declare that if you are human, you are kin, and deserving of protection,” Nathanael Johnson said in a Grist article.

“These children in peril — they belong to all of us. That primal urge to help them is not irrational; it is our hope of salvation. We have the opportunity to reach out to these families before they slip beneath the waves — to call to them, “Little brother! Sister! Mother! Give us your hand. We’ve got you.”

As the climate warms, we can expect more droughts, more sea level rise and even more migrants. This will extend far beyond the Middle East and North Africa. The refugee crisis that we are seeing today is only the tip of the iceberg. Rather than building walls, we need to consider sustainable solutions. When people are fleeing for their lives, they will not be stopped by the threat of incarceration, truncheons, tear gas or walls. If we really want to address the refugee crisis, we must address climate change.

The refugee crisis Europe is facing underscores the need for a global climate agreement at COP21. “We have to act now, we don’t have time to lose,”  EU Commission president Jean-Claude Juncker said.

We still have a chance to address the climate crisis and stem the tide of climate refugees. Our failure to do so is unconscionable.