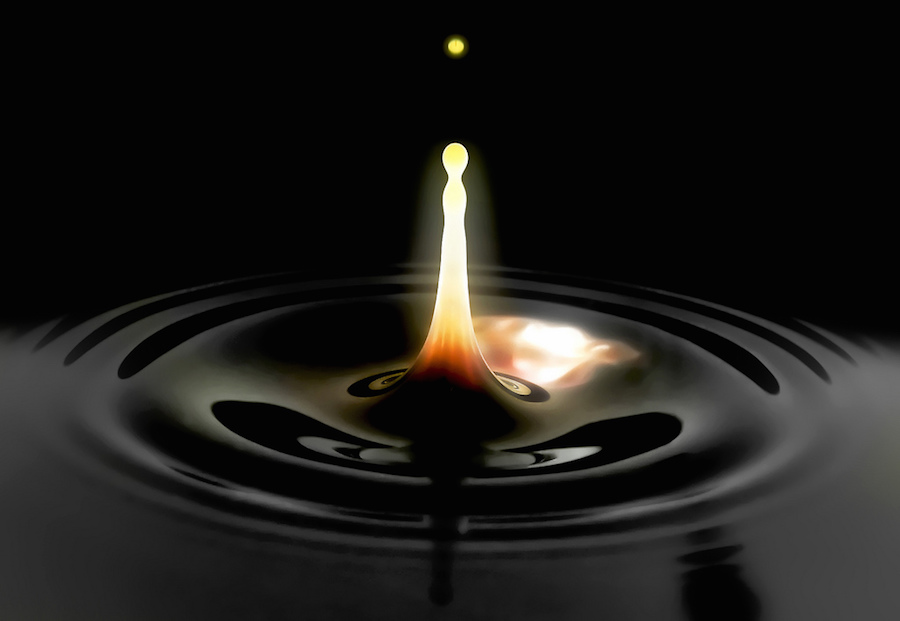 ExxonMobil’s vice president of public and government affairs, Ken Cohen, said the divestment movement is “simply … out of step with reality.”  The science indicates that Cohen is dead wrong. There have been a vast number of warnings coming from a wide variety of sources including, AGU, IEA, IPCC, PwC, World Bank, and the World Meteorological Organization, stating that our current emissions trajectory is catastrophic.

Nothing could be more in step with reality than moving away from fossil fuels. It is widely known that between one half and four fifths of all known fossil fuel reserves will have to be left in the ground if we are to have a chance of staving off the worst impacts of climate change.

These realizations have prompted former CEO of BP, Lord John Browne, to say that climate change poses an “existential threat” to the industry.

To counter the divestment movement, the fossil fuel industry has launched a coordinated smear campaign full of lies and misinformation. Their self-described “win ugly or lose pretty” tactics have castigated those who advocate divestment as “anti-energy” radicals, who want to deprive people of electricity, technology, and even food.

The coal industry is in decline and it is lashing out as it sees the end draw near. The Australian coal industry has attacked institutional investors, universities and churches that have decided to divest. The then CEO of the Australian Coal Association, Nikki Williams, called divestment campaigners “anti-development activists attempting to bludgeon society” with “a new morality of industrial sabotage.”

To prove its desperation, Shell even intimated that there could be legal sanctions against Australian National University’s (ANU) divestment announcement. Even Australian Prime Minister Tony Abbott resorted to name calling when he denounced ANU’s decision, referring to it as “stupid”.

In his speech, van Beurden conceded that Big Oil has “credibility issue” because the fossil fuel industry has been slow to accept the reality of global warming. “Yes, climate change is real. And yes, renewables are an indispensable part of the future energy mix,” van Beurden said. He also said that the oil industry should not only accept the existence of climate change, it should also support a carbon pricing scheme.

“You cannot talk credibly about lowering emissions globally if, for example, you are slow to acknowledge climate change; if you undermine calls for an effective carbon price; and if you always descend into the ‘jobs v environment’ argument in the public debate.”

Shell is not only feeling pressure from the outside, its own shareholders voted for a resolution in which they call for the company to disclose the company’s climate change risks.

Energy companies are getting nervous and this is has forced them to make concessions. Case in point, utility giant NRG recently announced its goal of 90 percent emissions reductions by 2050. NRG’s chief executive, David Crane, is doing everything he can to address the changing social climate. He knows that the future looks bleak for companies like his. “I don’t relish the idea that year after year we’re going to be graduating a couple million kids from college,” Crane said, “with a distaste or disdain for companies like mine.”

Now even those responsible for the problem are being forced to acknowledge the facts. A recent BP report acknowledged that the current emissions trajectory is unsustainable and a carbon pricing scheme is required.

The fossil fuel industry’s subterfuge is increasingly being exposed. In December, Shell’s chief climate change advisor was slated to present a panel, cosponsored by Chevron, entitled, “Why Divest from Fossil Fuels When a Future with Low-Emission Fossil Energy Use Is Already a Reality?”  However, due to pressure, the discussion title was changed to “How Can We Reconcile Climate Targets with Energy Demand Growth?”  Despite the name change, the event was greeted by protestors in front of the private pavilion of the International Emissions Trading Association, which was sponsored by Shell and Chevron.

While the fossil fuel industry would like us to believe there is no future without hydrocarbons, there is growing evidence that this is simply not the case. A March study by venture capitalist firm DBL Investors squarely refutes the lies put forth by the fossil fuel lobby suggesting that renewables will drive up the price of electricity. DBL’s research indicates that states that employ electric power produced by renewable energy have lower electricity costs than those that do not.

A report titled, Photovoltaic (PV) Pricing Trends: Historical, Recent, and Near-Term Projections, indicates that solar energy is also becoming increasingly competitive with fossil fuels. A report from the United Arab Emirates, the epicenter of fossil fuels, heralds the ascendency of renewable energy. The report from the Bank of Abu Dhabi titled, Financing the Future of Energy, states that the cost of solar PV has come down more than 80 percent since 2008.  The cost of wind energy has declined by almost 60 percent in the last several years and wind turbines are now 15 times more efficient than they were in the 1990s. A DoE study revealed that wind could be directly competitive with fossil fuels by 2025 and provide more than one third of US energy demand by 2050.

The fossil fuel industry is getting panicky as it watches investors peel away from fossil fuels and move towards renewable sources of energy. Investor and former Shell economist Jeremy Grantham, wrote a letter titled “The Beginning of the End of the Fossil Fuel Revolution” in which he said, “investors know that fossil fuels will be replaced by renewable energy”.

The Independent Petroleum Association of America is pushing back by publishing facetious, self serving reports like, “Fossil Fuel Divestment: A Costly and Ineffective Investment Strategy.” This report suggests that portfolios with fossil fuel stock under perform. However a number of other studies suggest that eliminating fossil fuel stocks has a negligible impact on returns, and may even have a positive impact. This is the conclusion of a number of reports including research from MSCI, Advisor Partners, Impax, Aperio Group, S&P Capital IQ, BNEF and an aptly named Northstar Asset Management report titled, “The Cost of Fossil Fuel Divestment Has Been Greatly Exaggerated.”

While oil industry stocks may have performed well over the last 50 years, they have under performed in the last 5-10 years. There is every reason to believe that concerns about carbon pricing, the removal of subsidies, carbon budgets, stranded assets and carbon bubbles will continue to put downward pressure on the ROI of fossil fuel investments.

Fossil fuel companies are nervous because we are witnessing the beginning of the end of dirty energy.