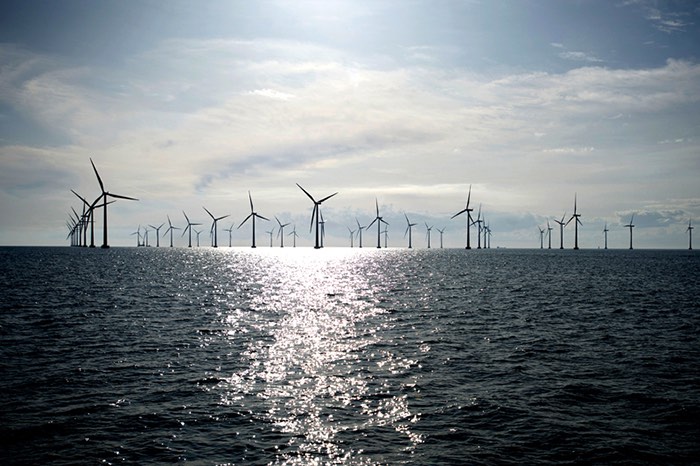 First proposed in 2001, the Cape Wind Project aims to put 130 wind turbines across 24 square miles of Horseshoe Shoal almost five miles offshore of Massachusetts’ Cape Cod to generate some 1,500 gigawatt hours of electricity per year from clean, renewable wind power. The project has been polarizing from the get-go, pitting well-heeled Cape Cod homeowners opposed to the obstruction of their ocean views against environmental advocates intent on implementing cleaner energy sources.

Things were looking rosy for Cape Wind, which finally gained approval from federal and state regulators in 2011 and then lined up contracts with two big utilities, National Grid and Northeast Utilities, to purchase its green power. But recent news that Cape Wind was unable to reach funding milestones—despite raising some $2.6 billion to date—that would have enabled the commencement of construction by the end of 2014 means the beleaguered project may finally be, in the words of the Alliance to Protect Nantucket Sound’s Audra Parker, “dead in the water.” Indeed, a week after the missed deadline, National Grid and Northeast Utilities terminated their contracts with Cape Wind, and analysts don’t see any way forward for the project.

Slated to be America’s first offshore wind farm, Cape Wind may be the most famous offshore wind project to never happen. But other plans to develop offshore wind farms off the coast of Massachusetts may be in the works. Ellen McNamara reports in the Boston Globe Magazine that the U.S. Bureau of Ocean Energy Management is preparing to open up another ocean swath across some 700,000 acres south of Martha’s Vineyard (an island off of Cape Cod) to competitive bids from wind developers. Other offshore wind projects are slated for the Gulf of Mexico and near Block Island off Rhode Island’s coast.

But it’s anybody’s guess whether these other projects can get their heads above water given the expiration of the federal Production Tax Credit (PTC) at the end of 2014. The PTC rebated wind energy developers 2.3 cents per kilowatt hour of electricity produced for their first 10 years of operation.

The non-profit American Wind Energy Association (AWEA) reports that with the PTC in effect from 2007-2014, U.S. wind capacity nearly quadrupled, representing an annual average investment of nearly $15 billion. Thanks in part to the PTC, upwards of 70 percent of U.S. Congressional districts now host a wind project or wind-related manufacturing facility that is helping boost local economic development across the country. And perhaps most important, the PTC has been an instrumental tool in helping lower the cost of generating electricity from wind by more than 40 percent over the past four years. But just because the costs of generating wind energy have come down doesn’t mean wind energy projects are ready to survive without the PTC subsidy in an energy market still dominated by cheap and abundant natural gas.

But with Republicans firmly in control of Congress, the topic of renewing the PTC doesn’t even seem to be on the legislative agenda for 2015. While Cape Wind’s recent troubles don’t seem to be tied directly to the expiration of the PTC, an unfriendly legislative environment for renewables doesn’t augur well for reviving the ambitious plans to put up windmills in Horseshoe Shoal.

——————
EarthTalk® is written and edited by Roddy Scheer and Doug Moss and is a registered trademark of E – The Environmental Magazine.

2 thoughts on “EarthTalk: Cape Wind Dead in the Water?”