Indian Prime Minister Narendra Modi’s pledge to install five times as much solar energy generation capacity across the nation of over 1 billion has been receiving a lot of attention, and rightly so. Coming in the wake of successful renewable energy-greenhouse gas emissions reduction talks between China and the U.S. and in the run-up to the U.N. climate treaty talks in Paris this December, PM Modi’s government is aiming to have 100 gigawatts (GW) of solar energy and 60 GWs of wind energy generation capacity installed come 2022.

Substantial hurdles – including opposition from vested coal, oil and gas interests – stand in the way of realizing PM Modi’s plan. Indians throughout society, as well as businesses and ecosystems, stand to benefit greatly if India can pull it off, however.

In addition to providing reliable, affordable energy access to rich and poor alike across India, realizing PM Modi’s renewable energy target for solar energy alone could create as many as 1 million jobs in less than a decade. And that excludes potential job creation associated with achieving the government’s wind energy target, as well as those that could be created in manufacturing, which could add significantly to that total, according to a report from India’s Council on Energy, Environment and Water (CEEW) and the Natural Resource Defense Council (NRDC).

According to the CEEW-NRDC study, entitled “Clean Energy Powers Local Job Growth in India,” installing 100 GWs of solar energy capacity across India by 2022 “could create as many as one million jobs while greatly improving energy access for Indian citizens and fighting climate change.” Installing 60 GWs of wind energy would add another 180,000 green jobs to the total.

SunEdison announced plans to build 15.2 GW of renewable energy projects – solar and wind – in India by 2022. Previously, SunEdison announced an agreement with the Karnataka government to build 5GW of subsidy-free wind and solar energy capacity over five years and 1-1.5 GW by the end of December 2016. SunEdison also is exploring the possibility of investing as much as $4 billion and forming a manufacturing joint venture (JV) with Adani Enterprises in Gujarat province.

Tempe, Arizona-based First Solar’s CEO announced the company’s intention to build as much as 5 GW of solar PV capacity in India by 2019. Speaking to the press, First Solar CEO Jim Hughes also highlighted substantial obstacles in the way of realizing the company’s and PM Modi’s national strategic plans.

Securing land rights, obtaining low-cost project financing and building grid interconnections in timely fashion are among the challenges Hughes cited. The weak financial condition and resources of India’s state-owned power utilities are another hurdle project developers will have to surmount.

In addition to highlighting the tremendous number of green jobs that could be created by realizing PM Modi’s national renewable energy goals, CEEW-NRDC hope to draw more attention to a glaring lack of economic data gathering capacity and reporting associated with such development plans.

“The analysis shows that because companies in India do not often report the number of jobs created by their projects, scant data exists on the economic impact of clean energy on employment,” the report authors point out.

“Simple data reporting on the number of jobs created for new solar and wind proects can inform decision-making by policy makers and financiers to choose solar project types with the highest economic opportunity for Indian workers, among other considerations.” 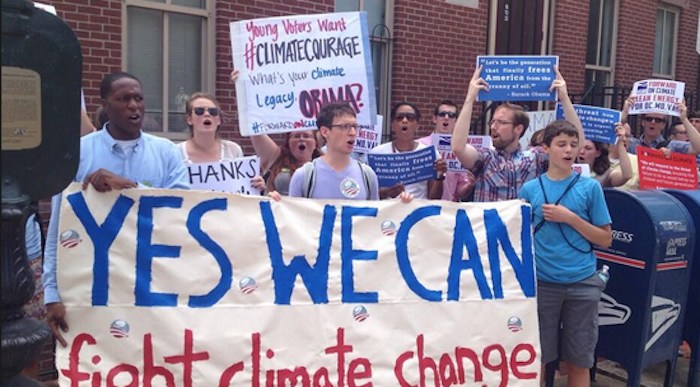