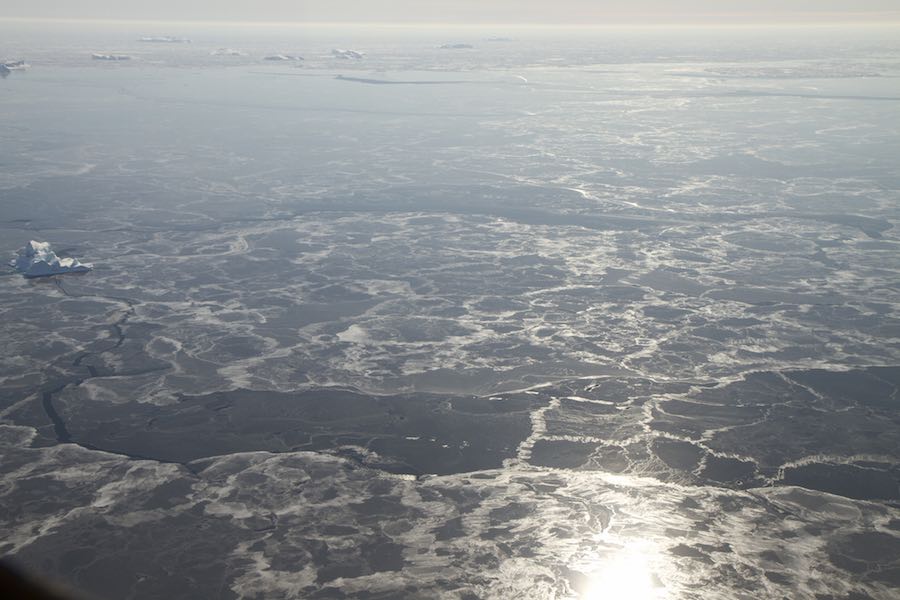 If there’s been any “pause” in global warming, the Arctic  hasn’t seen it. The latest Arctic Report Card issued from the National Oceanic and Atmospheric Administration (NOAA) shows a continued acceleration of climate change in the region.

This latest report shows that Arctic air temperatures continue to rise at more than twice the rate of global temperatures, a phenomenon scientists call “Arctic amplification,” causing a range of impacts. Among them are increasing air and sea surface temperatures, declining reflectivity (albedo) of Greenland’s ice sheet, diminishing spring snow cover on land and summer ice on the ocean, and the declining health and numbers of some polar bear numbers, including those in the Hudson Bay region.

The Arctic is the climatic canary in a coal mine, impacting not only Arctic populations and ecosystems, but the global climate system as well.

“Arctic warming is setting off changes that affect people and the environment in this fragile region, and has broader effects beyond the Arctic on global security, trade, and climate,” said Craig McLeon, acting assistant administrator for the NOAA Office of Oceanic and Atmospheric Research.

“This year’s Arctic Report Card shows the importance of international collaboration on long-term observing programs that can provide vital information to inform decisions by citizens, policymakers and industry,” added McLeon, speaking at a press conference in San Francisco at the annual meeting of the American Geophysical Union.

Since 2006, the NOAA has released its annual report card summarizing changes in the Arctic. The peer-reviewed report is compiled by 63 authors from 13 countries, including experts from US and other nation’s federal agencies and academic institutions.

Major findings from this year’s report card include:

Snow cover: Spring snow cover across the region was below the 1981-2010 average. A record low was set in April for Eurasia, and in June North America’s snow extent was the third lowest on record. In western Russia, Scandinavia, Alaska and the Canadian subarctic snow disappeared three to four weeks earlier than normal, due to decreased snow accumulation and above average spring temperatures.

Sea ice: Arctic sea ice was the 6th lowest in September 2014 since satellite observations began in 1979. Since 1979 the 8 lowest sea ice extent has occurred over the past 8 years – 2007 to 2014. There was a slight increase in ice thickness and age in March 2014, the time of maximum ice extent, over the same period in 2013. Despite this, the oldest and most resilient ice, greater than 13 feet, is still well below the observed average. In 1988 the oldest ice comprised 26 percent of the ice pack, in 2014 this old ice made up only 10 percent of the total ice pack.

Arctic ocean temperature: With declining sea ice comes warming sea surface temperatures (SST) in all regions of the Arctic ocean. This is most pronounced in the Chukchi Sea, northwest of Alaska. SST is increasing there at a rate of 0.9 degrees F per decade.

Greenland ice sheet: In the summer of 2014 melting occurred across nearly 40 percent of Greenland’s ice sheet. The summer extent of melting was above the 1981-2010 long-term average for 90 percent of the 2014 summer. Ice melt for June and July exceeded the 1981-2010 average for most of the ice sheet. In August, the albedo, or reflectivity, of the ice sheet reached it’s lowest point since observation began in 2000.

Arctic ocean productivity: Another impact from declining sea ice is increased sunlight reaching the upper layers of the ocean, increasing photosynthesis and increased production of phytoplankton. This is also altering the timing of phytoplankton blooms across the Arctic ocean, with increased secondary blooms in the fall.

Vegetation: Tundra biomass has increased 20 percent between 1982 and 2013. Despite this, there is a browning trend in Eurasia.

Polar bears: An addendum to this year’s report card reaffirms the threat of climate change to polar bear populations. Written by the Polar Bear Institute and Polar Bear International, the essay points to recent data showing a decline in the western Hudson Bay population due to earlier ice break-up and later freeze up, leading to a shorter sea ice season. After a 40 percent decline since 2001, there are signs of stabilization of the southern Beaufort Sea. Polar bears depend on sea ice to travel, hunt and mate.

“The Arctic Report Card 2014 presents observations vital for documenting the state of the Arctic environmental system, understanding the complex interactions and feedbacks within the system, and predicting its future,” said Martin Jeffries, Ph.D., principal editor of the 2014 Report Card, and Arctic Science Advisor and Program Officer for Arctic and Global Prediction, Office of Naval Research. “Observing, understanding and predicting are essential elements of the Arctic Research Plan of the Inter-agency Arctic Research Policy Committee and the implementation of the U.S. National Strategy for the Arctic Region.” 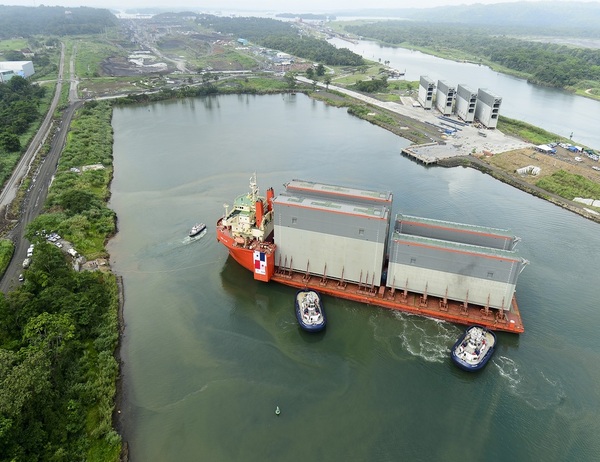