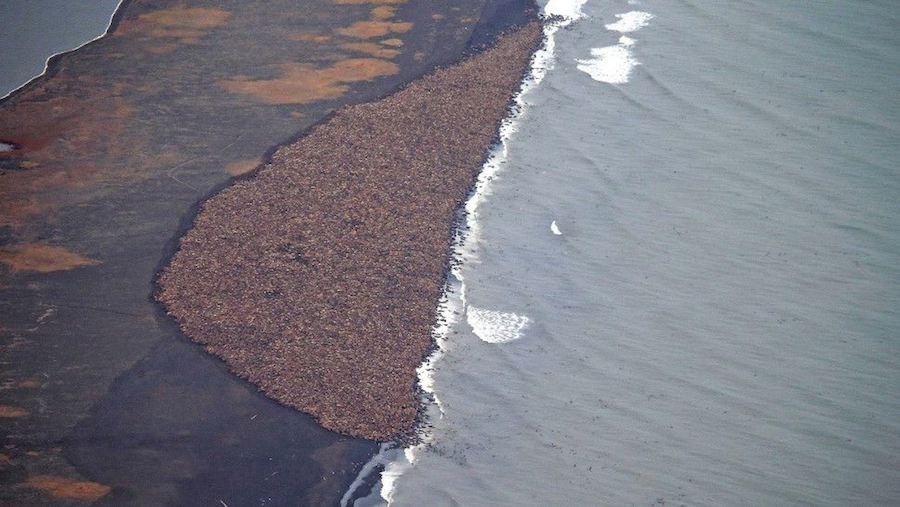 I am the Walrus This isn’t the first time Walrus have been forced ashore en masse due to their shrinking habitat of sea ice, and undoubtedly not the last.

This most current event is so large that the FAA has rerouted flight over the area to avoid jet noise causing a stampede.

As reported in ClimateCrocks.com, publications such as the Daily Caller have made an attempt to discount the trend of declining sea ice and its impact on wildlife, but the attempt is easily debunked. While haul-outs are not necessarily uncommon, biologist Anatoly Kochnev of Russia’s Pacific Institute of Fisheries and Oceanography reported on NBC that extended beachings of this size only started happening in the late 1990’s.