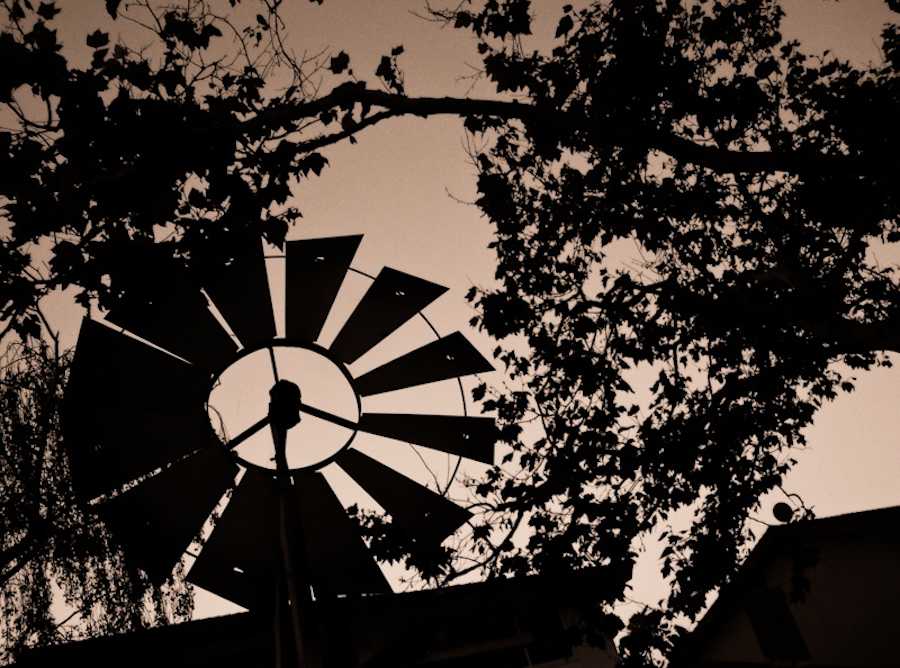 Despite the expectation that we will see progress on climate finance, there are a number of people who are cynical about the outcome of COP 19. Every year around this time, as we settle in for UN climate talks, an army of pundits come out and tell us why we will not see anything of great consequence from the negotiations. They usually end up being right, even if their attitudes are dead wrong.

With current atmospheric carbon readings around 400 parts per million, it is not hard to see why they are so pessimistic. Concentrations of CO2 have increased by 40 percent since pre-industrial times and global average temperatures have risen by 0.8 degrees Celsius (1.4 Fahrenheit) since the dawn of the Industrial Revolution. WMO secretary general Michel Jarraud recently indicated that growing levels of anthropogenic greenhouse gases (GHGs) mean “our climate is changing, our weather is more extreme, ice sheets and glaciers are melting and sea levels are rising.” Given our current trajectory, temperatures are set to increase well beyond the upper threshold of 2C (3.7 Fahrenheit) by the end of the century.

The nineteenth session of the Conference of the Parties to the UNFCCC convened in Warsaw on November 11 and runs until November 20. According to the 2012 Doha Climate Gateway, the timetable for a universal climate agreement is 2015, but it will only come into effect in 2020.

In the twenty years since climate change became a global policy priority, we have yet to find a way to secure a binding deal on mitigation. It is understandable why so many environmentally concerned citizens feel betrayed by the successive failures to address the climate crisis. However, given the magnitude of the threat we face from the climate crisis, we do not have the luxury of behaving like jilted lovers. The UN climate negotiations are the best hope we have of reigning in climate change and without popular support, we are even less likely to succeed.

No matter how long it takes, we need to tirelessly press our political leaderships to act. The reasons why we must be so doggedly determined should be obvious, we simply cannot afford to fail.

As the most powerful storm ever to make landfall, Typhoon Haiyan graphically illustrates why we urgently need immediate action to reduce climate change causing greenhouse gases.  We need concerted international action that can only come through global negotiations. This is indeed a Herculean undertaking, but as demonstrated by the carnage in the Philippines, we cannot accept the cataclysmic implications of failure.

If we are to succeed, we must stand together as a community of nations, which is a difficult task at the best of times. We are being driven together by a powerful impetus, namely the right of future generations to inhabit an earth that is livable. No one said it would be easy, but it is work that must be done.

A key part of this collaborative effort entails some form of climate finance and here we have reason to be hopeful that we will see progress at COP 19.  Developed nations are mainly responsible for climate change and they are expected to move forward with provisions that will allocate funds for developing countries to help them with mitigation and adaptation efforts.

New institutional support for developing nations in finance, adaptation and technology will include progress on the Green Climate Fund (GCF), loss and damage mechanisms, compensation and adaptation funds. All of which were agreed in 2010 at the Cancun climate talks (COP 16).

Added support for climate finance comes from two reports shared with delegates at COP 19. Typhoon Haiyan also adds urgency and highlights the importance of these finance issues. If all goes well, we will be on the road to seeing these issues finalized at the Paris climate conference in 2015 and developing nations will make good on their $100 billion a year promise by 2020.

Executive Secretary of the UN Framework Convention on Climate Change (UNFCCC), Christiana Figueres, reiterated this point, saying that she believes COP 19 can make progress on GCF.

“We must clarify finance that enables the entire world to move towards low-carbon development,” she said. “We must launch the construction of a mechanism that helps vulnerable populations to respond to the unanticipated effects of climate change.”

During the opening session of the Summit, Mr. Yeb Sano, the lead negotiator of the Philippines, demanded real commitments on climate finance.

“What my country is going through as a result of this extreme climate event is madness. The climate crisis is madness,” Sano said. “We call on this COP to pursue work until the most meaningful outcome is in sight – until concrete pledges have been made to ensure mobilization of resources for the Green Climate Fund; until we see real ambition on stabilizing greenhouse gas concentrations. We must put the money where our mouths are.”

Developed nations should also lead the effort to phase out fossil fuels, adopt energy efficient technology, shift towards renewable energy and prevent greenhouse gas emissions. This is the type of leadership that will help less developed nations move in the right direction.

The U.S. must lead because it is both the richest country on the planet and the biggest cumulative contributor of climate change causing greenhouse gases. President Obama and the Democrats are trying to mitigate and adapt to climate change. For their part, Republicans continue with their denial and they are likely to ignore pleas for action. This effectively precludes any hope for legislative progress before at least 2014.

The urgency of action is supported by reams of science, not the least of which is the latest IPCC AR5 document. However, the sad truth is that those who most need to understand the science are the least interested in the facts.

Nonetheless, we must not allow the heartless self interest of the GOP to undermine our efforts. Quite the contrary, their intransigent partisanship should bolster our efforts to expose them for what they are, an impediment to climate progress.

It is true that we are very unlikely to secure a binding global agreement before 2015, if at all. Global leaders have failed to grasp the urgency of the threat and take immediate bold action. After several years with little progress, many are left feeling understandably hopeless.

Sano challenged this lethargy and urged his fellow negotiators to take a bold stance.  “[L]et Warsaw, be remembered as the place where we truly cared to stop this madness.” Sano said. “Can humanity rise to this occasion? I still believe we can.” To highlight his dedication, Sano is fasting as he awaits a successful outcome.

We may have to settle for another small, but meaningful step forward, but this should not erode our support for the COP process. We are less likely to succeed if there is a widespread expectation of failure. Popular support buoys negotiations while public indifference or outright cynicism  detracts from their ability to get things done.

We must strive to build a better future with an unshakable tenacity. The message that needs to be heard in Warsaw must affirm the belief that we can get this done. However, we must make it emphatically clear that we will accept no more delays and we demand bold movement toward a binding deal.

Because we so desperately need to see results in Warsaw, it is incumbent upon all who have the audacity to hope that we press our elected officials and those at the negotiating table to work tirelessly to secure a deal.

Some of the cynical pundits will be quick to say that there is no chance that we will ever see a comprehensive global treaty. They may be right, but we must not let realism temper our advocacy. We are engaged in the most important struggle our civilization has ever known. The fact that we may not succeed should not be an excuse for inaction. Even if it amounts to tilting at windmills, tilt we must, till the very last.
——————-
Richard Matthews is a consultant, eco-entrepreneur, green investor and author of numerous articles on sustainable positioning, eco-economics and enviro-politics. He is the owner of The Green Market Oracle, a leading sustainable business site and one of the Web’s most comprehensive resources on the business of the environment. Find The Green Market on Facebook and follow The Green Market’s twitter feed. 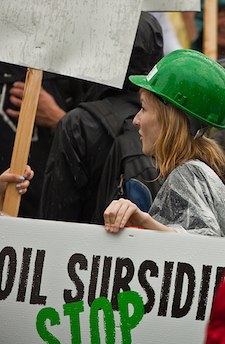