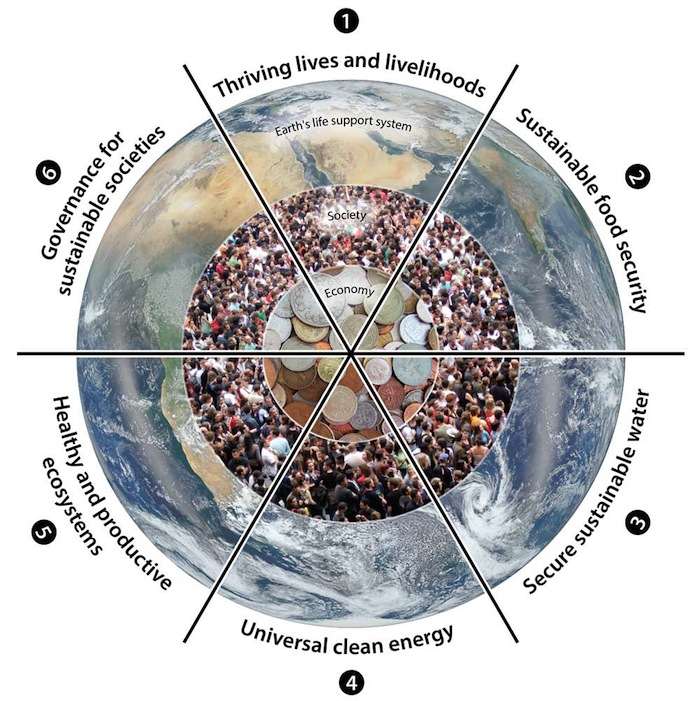 Under the auspices of the UN, a new global sustainability initiative is taking shape. With the UN Commission on Sustainable Development (CSD) having wrapped up its work on September 20th and the Millennium Development Goals (MDGs) set to expire in 2015, political leaders and policy makers are crafting a new development framework based on sustainability.

In 2000, world leaders set out the MDGs to help eliminate poverty worldwide. MDGs were inaugurated as the “world’s greatest promise” in the pursuit of concrete, measurable improvements on global poverty, hunger, health, education and other key social issues. In June, 2013 the UN secretary-general, Ban Ki-moon, called the goals “the most successful global anti-poverty push in history.”

In total, there are eight MDGs, 21 specific targets and more than 60 indicators. We have seen progress on seven of eight MDGs including poverty, hunger, education, child mortality, HIV, water and sanitation. But we have not seen the progress we would like to see on gender equality, particularly as it relates to schooling. One of the outstanding accomplishments of the MDGs involve cutting the number of people who live in extreme poverty by half.

The MDGs have augured unprecedented efforts and significant progress in an effort to address the needs of the world’s poorest people. Overall they have been remarkably successful, however, despite considerable progress, some of the goals are unlikely to be realized by 2015. In addition to assessing the MDGs, leaders and policy makers are now thinking about what comes next.

A September 2013 special report from a consortium of organizations led by CIGI and the Korea Development Institute (KDI) reviews a number of options for the post 2015 successors to the MDGs. The report concludes the global community must build on the current MDGs and move beyond meeting basic human needs. In addition to emphasizing the role of adolescent girls, the report supports the creation of inclusive sustainable development goals.

In June 2012, countries at the Conference on Sustainable Development known as the Rio+20 agreed that levels of environmental protection are insufficient. They put forth the basic outline of SDGs and member states agreed to establish an “inclusive and transparent intergovernmental process open to all stakeholders, with a view to developing global sustainable development goals”.

They agreed to build upon the MDGs and converge with the post 2015 development agenda that included a process to develop a set of SDGs. A number of work streams were commenced to elaborate on the proposed SDGs.

It was agreed that SDGs must be:

The outcome document further specified that the development of SDGs should:

The outcome document also mandated the creation of an inter-governmental Open Working Group, that will submit a report to the 68th session of the General Assembly containing a proposal for sustainable development goals for consideration and appropriate action.

SDG Open Working Group had its first session in March 2013, and will run through a total of eight sessions concluding in February 2014.

The first HLPF meeting on SDGs has already taken place at the 68th session of the General Assembly. On September 24, 2013, the HLPF on Sustainable Development reiterated the agreements articulated at Rio+20 and included the following items:

At the inaugural ceremony for the HLPF, UN Secretary-General Ban Ki-moon said, “Your forum is a key platform for examining today’s challenges in a holistic and integrated manner. This forum can be the catalyst for a strengthened global partnership for sustainable development, providing political leadership grounded in solid science.”

To advance the work of the HLPF, the UN General Secretary said he will create a Scientific Advisory Board.

General Assembly President John William Ashe said, “We have created this HLPF for the express purpose of delivering more effectively on our aspirations and agendas at a time when we realize that the practice of sustainability provides the only real bridge from our past to our present and our future, and from our planet to our peoples and our prosperity.”

The HLPF will bring together government leaders every four years as part of the General Assembly to address the challenges of sustainable development. It will also meet annually at the ministerial level, as part of the UN Economic and Social Council (ECOSOC).

In 2016, the HLPF will review implementation of sustainable development by all countries and the UN system, in order to bring about accountability and a focus on action.

“People have a right to expect real results from the new Forum, ” said Wu Hongbo, UN under-secretary-general for economic and social affairs. “There are real challenges that must be faced. People need jobs, health care and education,” he said. “And they also need food security, clean air and clean water. They need development that is sustainable, and the Forum has to deliver progress in all of these areas.”

On the morning of September, 25, 2013, the UN General Assembly officially approved the inclusion of SDGs, including environmental sustainability, to replace MDGs. This measure passed thanks in part to a new coalition between poorer countries and the U.S., Europe, Japan and other nations.

“We are resolved that the post-2015 development agenda should reinforce the international community’s commitment to poverty eradication and sustainable development. We underscore the central imperative of poverty eradication and are committed to freeing humanity from poverty and hunger as a matter of urgency. Recognising the intrinsic interlinkage between poverty eradication and promotion of sustainable development, we underline the need for a coherent approach which integrates in a balanced manner the three dimensions of sustainable development. This coherent approach involves working towards a single framework and set of Goals –universal in nature and applicable to all countries, while taking account of differing national circumstances and respecting national policies and priorities. It should also promote peace and security, democratic governance, the rule of law, gender equality and human rights for all.”

Over the next year there will be “substantive discussions” from various working groups, then a debate will occur at next Semptember’s session of the General Assembly and the final goals will be released a year later.

SDGs offer a constructive follow up for a post 2015 development agenda. By replacing MDGs with SDG’s we can continue to reduce poverty while building a sustainable economy. This approach not only addresses the needs of those most in need, it confronts the overarching issue of climate change and environmental degradation which undermines development and threatens civilization itself.
——————- 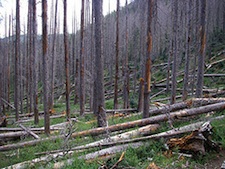 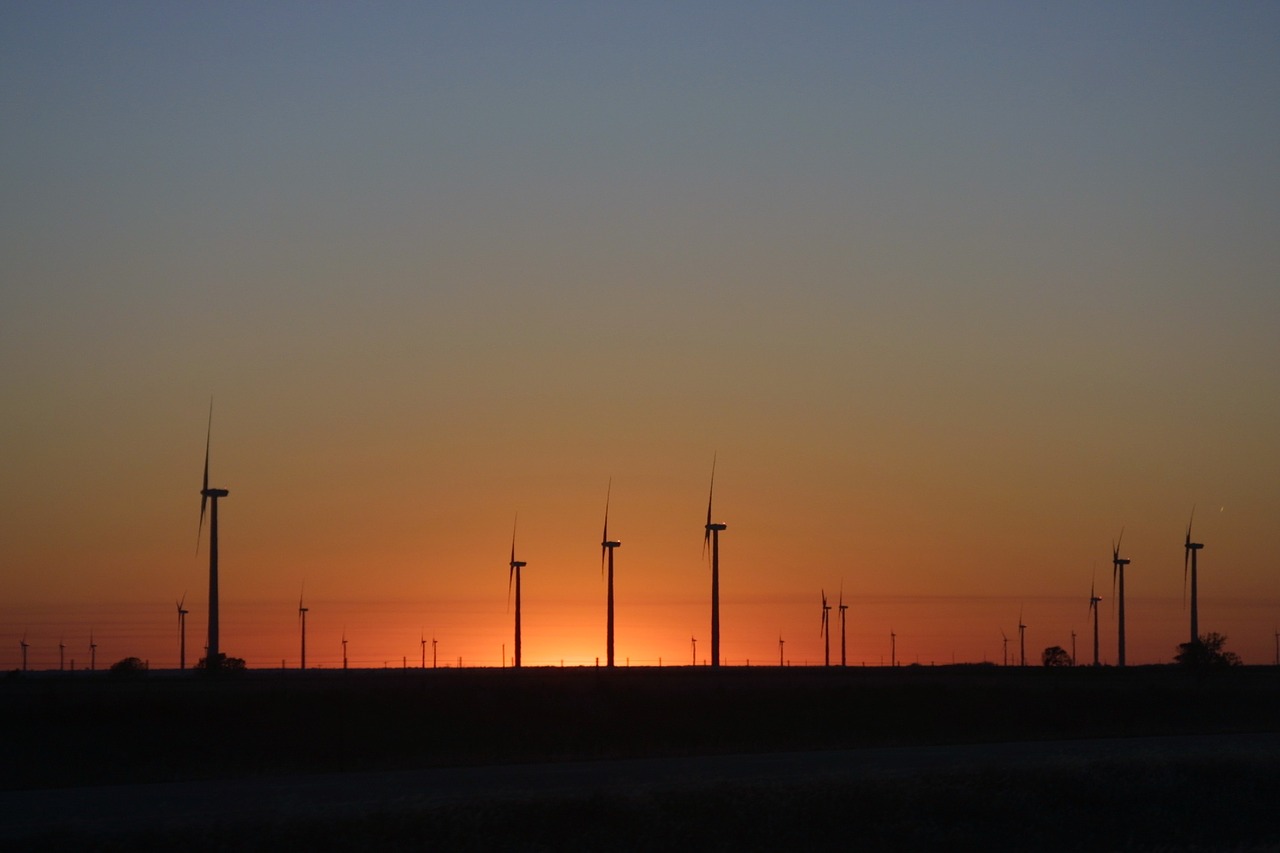