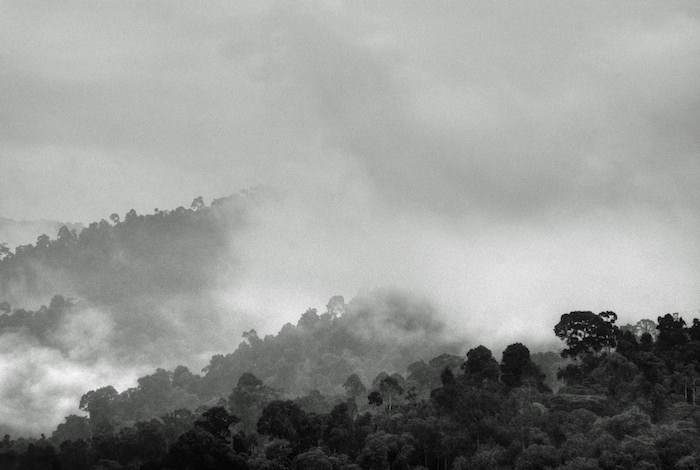 It seems intuitive that large forests exist in areas where there is a lot of rainfall. But what if the converse were true. What if forests themselves were a significant factor in causing rainfall?

That was the hypothesis first put forward by scientists Anastassia Makarieva and Victor Gorshkov in a 2006 paper published in Hydrology and Earth System Sciences. A follow-up study performed by the pair and three other scientists lends credence to the controversial theory they have developed.

If true, the atmospheric model the scientists have developed “could revolutionize the way we understand local climates, and their vulnerability, with many major implications,” according to the Center for International Forestry Research (CIFOR), which participated in the new study.

“It suggests, for instance, that by strategically replanting forests we could attract rainfall into desert and arid regions like the African Sahel, where drought has for years ravaged crops and induced famine. Likewise, significant forest loss could transform lush tropical regions into arid landscapes.”

Investigating further, the pair, along with CIFOR senior associate Douglas Sheil, A.D. Nobre from Brazil’s Centro de Ciencia do Sistema Terrestre INPE and B.L. Li of the XIEG-UCR International Center for Arid Land Ecology at University California, Riverside found evidence that “forests play a significant role in determining rainfall, creating atmospheric winds that pump moisture across continents.” The results of their latest research findings have been published in Atmospheric Chemistry and Physics.

“This theory provides us with yet another reason to protect and conserve forest cover,” report co-author Sheil is quoted in a CIFOR blog post.

“Traditionally people have said areas like the Congo and the Amazon have high rainfall because they are located in parts of the world that experience high precipitation. But we are proposing the opposite: that the forests cause the rainfall and if they weren’t there the interior of these continental areas would be deserts.”

Dubbed the “biotic pump hypothesis,” in the new paper the scientists outline the details of the physics driving the process via which forests contribute significantly to creating rain, then go further by highlighting how evaporation and condensation in forests result in the creation of differences in atmospheric pressure.

The model they have come up with “explains why air rises over areas with more intensive evaporation, such as forests. The resulting low pressure draws in additional moist air, leading to a transfer of water vapor that then falls as rain in the areas with the highest evaporation,” CIFOR’s Ashlee Betterbridge explains.

Being contrary to generally accepted climate theory, the researchers have been conducting research and participating in scientific debate to substantiate their findings and the overall theory.

“This paper is really trying to bring the physics to formal attention of the climate scientists,” Sheil was quoted. “We are asking them to disprove this theory and so far no one has been able to do that.”

The implications of the Biotic Pump Hypothesis would be profound and the effects far-reaching should it prove valid and gain general acceptance among climate scientists and policy makers. “Once you accept this idea that forest cover determines rainfall, there would be a huge amount of policy that would need to created to recognize that value,” according to Sheil.

“It also opens up a lot of potential to improve rainfall in dry areas through reforestation. But we would need to invest a lot more effort in research to see the potential extent of the impact of this.” Added Makarieva and Gorshkov,

“A policy maker must react promptly to this new knowledge…You are managing one of the hearts of the planet that circulates a thing that is badly needed: water.

“If we consider an ideal forest policy maker, a long-sighted carer for human well-being, the message is quite unambiguous: spend your life working to completely stop deforestation. Start recovering what can still be recovered.”