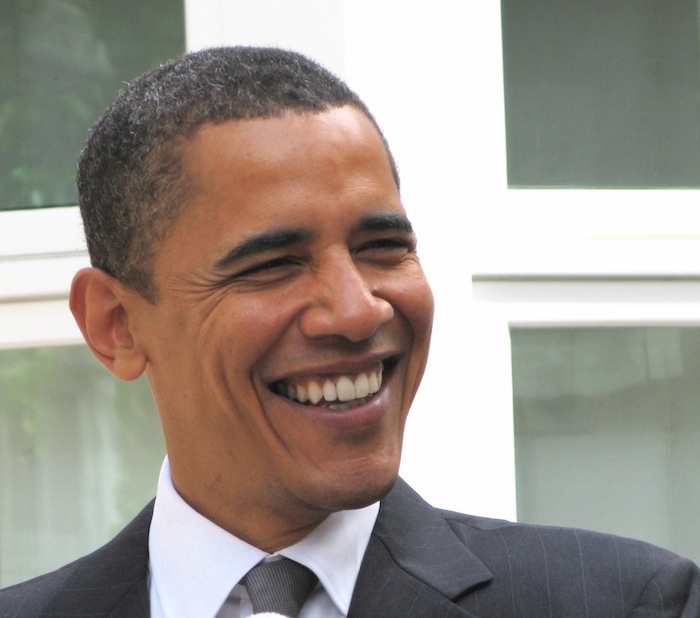 President Obama has vowed that in the absence of congressional action, he will use his executive privileges to combat climate change. Some who are seeking a pretext to discredit the President have suggested that he is ruling by executive orders (EOs). However, President Obama has signed fewer EOs in his first four years in office than most of his predecessors. Executive orders are issued by the President of the United States to manage the operations of the Federal Government.

In his 2013 State of the Union address, President Obama indicated that while he wants to work with Congress, he is prepared to use other means at his disposal:

“The good news is, we can make meaningful progress on this issue while driving strong economic growth. I urge this Congress to pursue a bipartisan, market-based solution to climate change, like the one John McCain and Joe Lieberman worked on together a few years ago. But if Congress won’t act soon to protect future generations, I will. I will direct my Cabinet to come up with executive actions we can take, now and in the future, to reduce pollution, prepare our communities for the consequences of climate change, and speed the transition to more sustainable sources of energy.”

President Obama is far from the first President to use EO’s to address environmental considerations. Most recently, his Republican predecessor, George W Bush signed EO 13423, “Strengthening Federal Environmental, Energy, and Transportation Management,” on January 24, 2007 and it was codified into law by the 2009 Omnibus Appropriations Act, which was signed by President Obama on February 17, 2009.EO 13423 consolidates and strengthens the sustainable practices of the following EOs dating back to 1998.

EO 13423 directs federal agencies to establish absolute goals for carbon-cuts, to reduce fossil fuel consumption in federal vehicles by 30 percent, to implement a net-zero-energy requirement for federal buildings and to add sustainability requirements to federal contracts.

On Monday 26 January 2009, President Obama introduced his executive orders as follows, “I want to be clear from the beginning of this administration that we have made our choice: America will not be held hostage to dwindling resources, hostile regimes and a warming planet. Today I’m announcing the first steps on our journey toward energy independence, as we develop new energy, set new fuel efficiency standards and address greenhouse gas emissions.”

President Obama signed EO is 13514 on Federal Sustainability on October 5, 2009, it requires each Federal Agency to submit a 2020 greenhouse gas (GHG) pollution reduction target using a 2008 baseline. President Obama has pledged to reduce the Federal government’s GHG emissions by 28 percent over the next decade.

Other green executive orders include:

This lst EO, signed in August, 2012, is designed to promote American manufacturing by helping to facilitate investments in energy efficiency at industrial facilities.

Section 1. Policy. Accelerate and expand investments that reduce energy use through more efficient manufacturing processes and facilities and the expanded use of combined heat and power (CHP).

(a) A national goal of deploying 40 gigawatts of new, cost-effective industrial CHP in the United States by the end of 2020;

(b) Public workshops, to develop and encourage the use of best practice State policies and investment models that address the multiple barriers to investment in industrial energy efficiency and CHP;

The President’s use of EO (13514) to establish Federal Leadership in Environmental Energy is amongst those actions that have been singled out for criticism by conservatives.

One headline referred to Obama as an “imperial president” and suggested that he is abusing his powers. Some went so far as to say that his green energy EO was unconstitutional. However, these types of attacks are little more than political theatre. Executive Orders are a routine part of presidential powers and contrary to what his detractors have alleged, President Obama has used his executive privileges very sparingly.

According to data derived from the Federal Registry, president Obama has issued less EOs than all of his predecessors.

In the context of the current political environment, green EOs are one of the President’s most potent weapons. However, there are limits to their utility. No matter what the President does, the U.S. must also pass climate legislation and this requires the support of the American people and Congress.
——————-
Richard Matthews is a consultant, eco-entrepreneur, green investor and author of numerous articles on sustainable positioning, eco-economics and enviro-politics. He is the owner of The Green Market Oracle, a leading sustainable business site and one of the Web’s most comprehensive resources on the business of the environment. Find The Green Market on Facebook and follow The Green Market’s twitter feed.