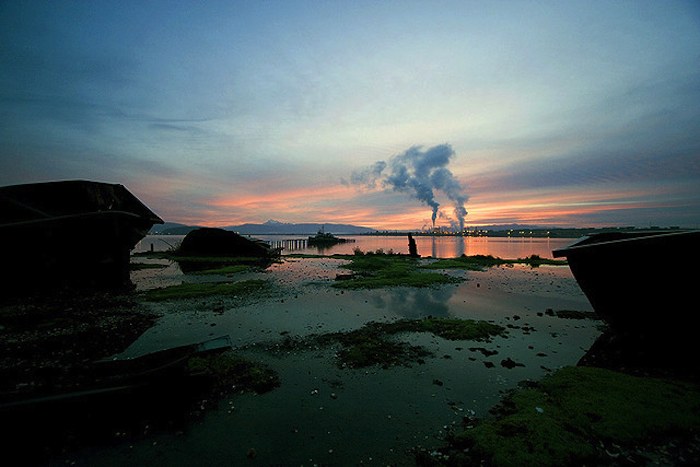 Water sustains life and makes our world livable. Water is required for the food we eat, the commerce we conduct and the energy we generate.  The business community must compete to gain access to this increasingly scarce resource.

UNEP’s Geo4 report predicted that by 2025, 1.8 billion people will be subject to water scarcity and three-quarters of the world’s population will be impacted by water stress. Around 40 percent of the world’s population lives in river basins that experience severe water scarcity during at least one month of the year,  The UN General Assembly indicated that more than 884 million people lack access to safe drinking water and 2.6 billion lack access to basic sanitation. Population growth and climate change will exacerbate the problem of freshwater resources, with serious consequences for nature, people, businesses and economies.

The WWF’s International Director General Jim Leape understands just how vital water is and just how important it is to come together to develop local and global strategies to effectively manage this precious resource.

“Water scarcity is a concern for conservationists, communities and companies alike. But simply competing for every last drop will do no good to anyone,” Leape said. “If water users become aware of their water risks – and work together to find solutions – we can ensure that people, nature and businesses have the water they need.”

The 2012 OECD report said that water demand could increase by as much as half by 2050. Groundwater depletion and pollution will threaten agriculture and urban water supplies. The OECD report considers freshwater as one of four “Red Light” issues requiring urgent attention. (To see the full report click here.)

According to a joint report released by US intelligence agencies, water may cause significant global instability and conflict in the coming decades. Over the course of the next decade, water scarcity is expected to disrupt national and global food markets. Beyond 2022, water will likely be used as a weapon of war or a tool of terrorism, water shortages will also cause instability that could lead to the failure of numerous states.

“These threats are real and they do raise serious security concerns,” Secretary of State Hilary Clinton said.

According to the Carbon Disclosure Project (CDP) Global Water Report, which surveyed 185 of 318 companies listed on the FTSE Global Equity Index Series (Global 500), more than two-thirds (68 percent) of respondents view water as a substantial risk to their business. It is becoming increasingly clear that water issues constitute a significant cost burden for business. Here are several illustrations:

The business community is responding to the risks associated with water related issues. A number of companies are looking at water issues as they impact their supply chain. The CDP report indicates that 40 percent of companies now require their key suppliers to report on water-related risks, This is up from 26 percent in 2011.

In 2012, GE offered a stellar example of how business innovation can help save water. GE, a leader in an advanced water-treatment chemical technology, is helping industry reduce their water consumption and discharge. Thanks to GE’s technology, Nestle USA’s Pizza Division reduced its water usage and sewer discharge by 7.4 million gallons in 2012 at its factory in Little Chute, Wisconsin.

General Motors has improved the water efficiency of its manufacturing plants. Its assembly plant in San Luis Potosi, Mexico was designed with a zero discharge concept and 90 percent its wastewater is treated onsite and re-used to make vehicles. Well water consumption has been reduced by 20 million gallons per year as a result.

Hennes & Mauritz created a cleaner production program that focuses on suppliers located in water scarce areas. To date, the program has worked with 21 mills and helped generate 10-30 percent water savings per factory.

Starbucks is installing manually operated hand-meter faucets to replace dipper wells. This allowed the company to conserve about 100 gallons of water per store per day.

Other companies that are improving their water management techniques include Volkswagen, Heineken,

A global online tool launched by WWF and German development finance institution DEG (Deutsche Investitions-und Entwicklungsgesellschaft mbH) identifies and mitigates water risks in business operations. The Water Risk Filter is a tool that can be used by companies and investors. WWF and DEG tool takes the form of a practical online questionnaire that not only identifies water risk in supply chains and investment portfolios, but also provides practical steps to mitigate risk.

“Water availability is the most underestimated critical issue for the companies we are financing, but we believe that financial institutions can help make the companies more sustainable in their performance. Our work with WWF looks beyond the risks and shows practical ways how to change them into business opportunities,” said Bruno Wenn, Chairman of DEG.

The Water Risk Filter incorporates WWF’s science-based approach to water stewardship. It is quick and easy to use. It uses the best available information and draws on data sheets from 235 countries and territories, providing interactive maps and case studies. Perhaps most importantly, the tool goes beyond mere assessment and provides a mitigation toolbox for the user.

“The Water Risk Filter will undoubtedly identify water ‘red zones’ – those places where scarcity creates investment risk. The answer is not to abandon those places; from a practical standpoint, this won’t be possible. Instead, we must turn red to green and manage resources within scarcity,” said Stuart Orr, WWF Freshwater Manager.

The global fashion retailer H&M is among the companies that are testing the online tool.

“The outcomes from the Water Risk Filter are important inputs for our new, holistic water strategy that we are developing together with WWF. It shows us where and how we can have the biggest impact, and helps improve our understanding of how sustainable our supply chain is, given the often difficult local water situations,” said Mikael Blomme, Environmental Sustainability Manager at H&M.

Ivo Mulder, Programme Officer, Biodiversity and Ecosystems/ Water and Finance of UNEP is amongst those who enthusiastically embrace the tool.

“For a long time, financial institutions have focused on climate change as the factor with the most material impact on loans, investments and insurance products. That landscape is changing quickly, with water emerging beyond reputational risk. It now holds the potential of affecting debt-servicing and the creditworthiness of clients. The Water Risk Filter helps financial institutions better understand and structure the different components of water risks, and assess these risks throughout the due diligence processes,” Mulder said.

As reported in Bloomberg in 2012, the International Energy Agency (IEA) states that water shortages increasingly threaten the viability of energy projects from the U.S. to China. The water requirements for energy production is expected to grow at twice the rate of energy demand through 2035. This trend demands that we develop better more efficient technologies to manage the risk.

A UN survey of 134 countries in May 2012 found that 56 percent said the importance of water for energy rose over the past 20 years, including 20 percent who deemed the increase “significant.”

“Water is growing in importance as a criterion for assessing the viability of energy projects, as population and economic growth intensify competition for water resources,” the IEA said. “In some regions, water constraints are already affecting the reliability of existing operations and they will increasingly impose additional costs.”

Companies are recognizing the risks associated with water and they are increasingly asking governments to take “decisive action.”

According to a Worldwatch Institute report, global irrigation is at record levels, but on the upside they also report that expansion is slowing. Predicted population increases will increase agricultural demand which will in turn increase the number of farmers tapping groundwater resources. This means that some aquifers are in danger of overuse.

Even if we exclude climate change from the equation, water withdrawals for agricultural irrigation are expected to rise by 11 percent in the next three decades.

Although not all aquifers are being pumped at unsustainable levels, the world’s biggest agricultural producers including India, China, and the U.S., are also the ones with the highest levels of depletion. If groundwater resources are overexploited, aquifers will be unable to recharge fast enough to keep pace with water withdrawals.

Salinization is another problem associated with irrigation. It occurs when water moves past plant roots to the water table due to inefficient irrigation and drainage systems; as the water table rises, it brings salts to the base of plant roots. Plants take in the water, and the salts are left behind, degrading soil quality and therefore the potential for growth.

The World Watch Institute report concludes that we will need to focus on intelligent water management that maximize yields while minimizing waste.

UNESCO has designated 2013 as the International Year of Water Cooperation. UNESCO, which is the lead organization, together with four other UN agencies, will focus on the successes achieved in the field of water cooperation and will identify the most pressing issues on water education, water diplomacy, transboundary water management, funding, and juridical framework. Water will be used as a catalyst to increase multi-sectorial participation of different actors for a better world.

Another Environmental Leader article predicts that water scarcity will be a paramount issue in 2013. According to urinal maker Waterless Co., water shortages are already a serious issue. Their assessment suggests that the situation is far worse than predicted by the U.S. General Accounting Office (GAO). In 2003. The 2003 GAO report warned that by 2013 at least 36 states could face water shortages. However, in 2008 more than 36 states were already facing water shortages.

Klaus Reichardt, the CEO and founder of Waterless Co., predicts that water scarcity and related water concerns will likely become paramount issues in 2013. Here are four of Reichardt’s water predictions for 2013:

There is a great deal that remains to be done to better manage water resources. A growing awareness about water related issues is likely to inspire unprecedented action. Water was one of the key issues that defined corporate sustainability efforts in 2012. In 2013, water will emerge  as a predominate theme. 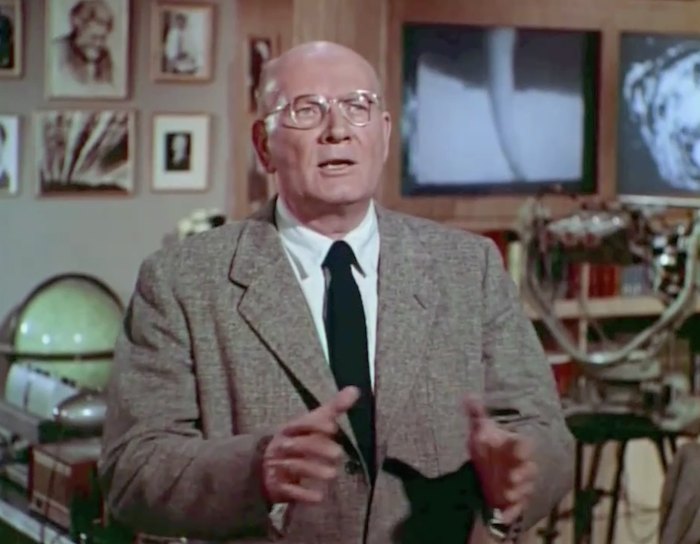