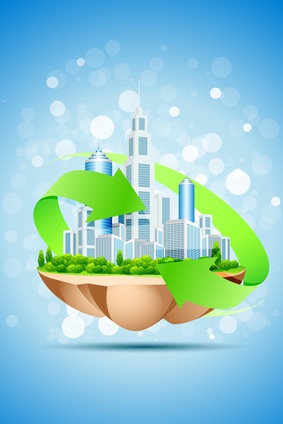 Sure, green might be an overused buzzword in our current economy, but some businesses genuinely operate under the premise of a double bottom line: profit AND doing good things for the earth. According to the EPA, there are over 971 known pollutants that ravage our air, and the majority of them are caused by industry and car exhaust.

It’s easy to see pollution as a downward spiral that will make the earth a wretched place for our future children to live, but it doesn’t have to be. As much as we’ve mucked up our environment in the past 75 years, there’s still plenty of hope. As businesses evolve in a new, more environmentally conscious era, they are employing practices and ideas that are helping make our planet a little bit more heavenly.

Think of it like a modern Yin-Yang, for every vat of toxic sludge produced, some young hopeful is starting to realize and actualize his dream of starting the world’s first fully sustainable, zero-footprint thingamajig plant. In the meantime, many companies that rely on computing are starting to adopt much more energy-friendly practices. Computer monitors, printers, networking and storage devices are often branded with an “Energy Star” logo, which allows the device to power down or move to a low-power state when not in use, which ends up cutting their energy uses by 60-70 percent, according to Brighthub.com

There are even some heroes in the notoriously wasteful printing industry. Overnight Prints, for example, imports their paper from a company in Japan that offsets their paper usage. In fact, they have already been responsible for planting 170,000 hectares of trees, with a plan for 300,000. Instead of adding to global warming, their practices have reduced it! Furthermore, they use a system of waterless printing that eliminates volatile organic compounds from being released (a major problem in the industry). This process has already cut down on paper usage 30-40 percent, and the savings will continue.

A popular way to reduce energy usage, both at work and at home, is through energy audits. No, they aren’t as tedious as they sound, and they can make a huge difference. Many businesses have downsized their energy usage without downsizing productivity, simply by regimenting certain equipment usage, like printers, and removing excess fans and drives from computers.

The United Arab Emirates stepped this practice up a notch in 2006, when they opened the self-sustainable city of Masdar, outside of Abu Dhabi. Car-free, with a zero carbon footprint, Masdar was developed in conjunction with the Massachusetts Institute of Technology, and every last detail was built with zero-impact in mind. Inhabitants of Masdar City are monitored 24/7 for their energy use, and they must make sure they offset their metering system, helping to renew the energy they use. Even biological waste is turned into fertilizer in Masdar City, which is slated to continue in expansion until 2025.

There are more wonderfully green developments popping up around every corner, and, to the chagrin of the EPA, we probably won’t see a total reduction of harmful environmental practices in our lifetime, every drop in the bucket counts.

Editor’s note: Masdar is sponsoring Sustainability Week in Abu Dhabi from January 13 to 17. The event will be the largest gathering on sustainability in the history of the Middle East. Our recent post on the energy-water nexus was entered in the Engage blogging contest to further the conversation on sustainability issues. The post was chosen as a runner-up finalist. 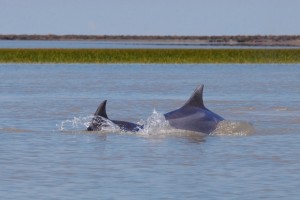