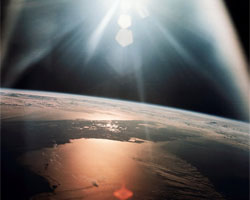 Whether or not global warming is behind a rash of extreme weather incidents is a hotly contested debate in the United States. New information from the Yale Project on Climate Change Communications, however, indicates that approximately 75 percent of people feel that climate change is indeed the culprit when it comes to the changing weather patterns.

Yale released a poll to gather data on public perception and found that more people than ever think global warming plays a large role in the weather. In particular, Americans feel that both a recent drought and the extreme temperatures that have plagued them throughout 2012 are at least partly due to global warming.

More than 60 percent of Americans believe that the weather is more unpleasant now than in the past. The majority also feel that temperatures are rising in their area, and approximately 80 percent of people in the Midwest said they recently dealt with a local heat wave or a drought in their city or town. In addition, 20 percent of Americans feel that they have suffered negative repercussions in their personal life as a result of extremely high temperatures. Slightly fewer people also noted that drought has been an issue for them. All of these percentages have risen in the past six months.

While the Yale poll is a great indication of where public perception falls, there are also signs that the corporate world feels the same. USA Today reported that Munich Re, the biggest reinsurance company in the world, cites climate change as a major factor in the rising costs associated with weather catastrophes. Thirty years ago, losses were around 10 billion dollars a year. Now, however, they are approximately 36 billion.

Both the information from the USA Today and the results from the Yale poll are important heading into the future. Yale’s data shows environmentalists that Americans are, in fact, paying attention to what is happening across the country. Previous reports indicated that less than 50 percent thought there was a connection between global warming and their own, personal actions. In addition, very few companies, from a small Mom and Pop like nj pest control company to those as large as Munich Re have commented on global warming, and even less have spoken out to say that they believe it is an actual phenomenon.

Experts generally agree that if things are going to change, greenhouse gas emissions must be substantially reduced. As a result, homeowners who buy solar panels can make a difference; since solar energy does not create greenhouse gases, it can help decrease global warming. 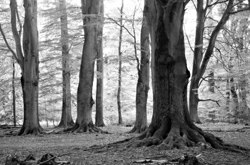