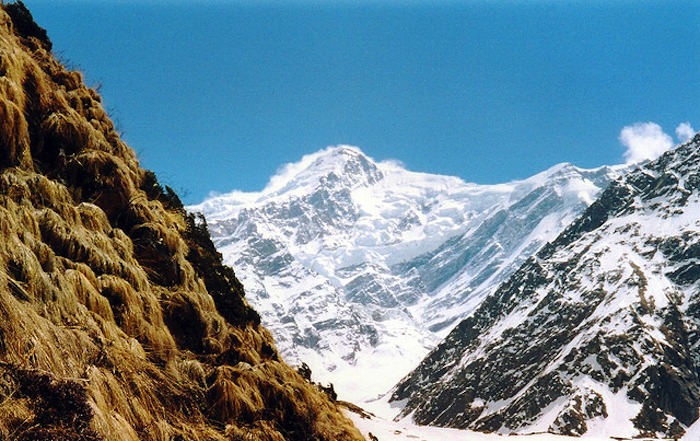 More and better monitoring, data gathering and scientific analysis, as well as communication and coordinated action among scientists, policy makers and local communities regarding seasonal freshwater runoff from Hindu Kush-Himalayan glaciers is urgently needed in order to assess the likelihood and potential social, environmental and economic threats arising due to climate change, according to a report from the United Nations Environment Program’s (UNEP) Global Environmental Alert Service (GEAS).

The risks and threats are both far-reaching and grave, as declining glacial melt across the Hindu Kush-Himalayan region ‘could threaten the water and food security of more than 70 million people.’

Some 1.3 billion people living in Himalayan river basins to varying degrees and at varying times of the year rely on seasonal meltwater runoff from the estimated 12,000-15,000 Hindu Kush-Himalayan glaciers and monsoon rains for their livelihoods. These freshwater resources are used mainly for irrigation, drinking, sanitation and industrial purposes. Net irrigation demand for water across the vast region is high while the per capita supply of water is very low—around 2,000-3,000 cubic meters/capita/year. That’s far less than the world average 8,549 m3/capita/year, the GEAS report authors note.

A lack of comprehensive, long-term transboundary data and monitoring on the condition and changes taking place across Himalayan glaciers limits scientists’ knowledge and understanding of what’s happening now in light of climate change, as well as long-term changes. That in turn severely limits the ability of government policy makers and local communities to plan for, manage and better adapt to changes in seasonal glacial meltwater flows.

The food security of some 70 million people living across the Hindu Kush-Himalayan region, including the Tibetan Plateau, will eventually will be threatened by reduced water availability as a result of reductions in glacial meltwater runoff, according to a projected estimate of Hindu Kush-Himalayan glacial area in 2050. Strictly in terms of conventional dollars-and-cents economics, the ecosystem services they provide “form the basis for a substantial portion of the region’s total Gross Domestic Product (GDP).”

Glaciers located across the vast region play a critical role in the “complex interaction of ‘atmospheric, cryospheric, hydrological, geological and environmental processes that bear special significance for the Earth’s biodiversity, climate and water cycles,” according to the GEAS report. They’re a prominent, determining factor, for instance, “in generating the Asian monsoon system that sustains one of the largest populations on earth.”

To varying degrees and at varying times throughout the year, the flow of glacial meltwater in the region accounts for substantial percentages of the freshwater carried downstream by the Ganges, Indus, Brahmaputra, Mekong and Yangtze rivers—rivers that continue to support some of the oldest civilizations on Earth.

Most dependent on glacial meltwater runoff are those living in arid and semi-arid areas of western China, northeastern Afghanistan, Uzbekistan and parts of Pakistan, the report states. Fully 25 percent of Western China’s population depends directly on glacial meltwater flows in the dry season, while those living in areas where monsoon rains dominate being less dependent.

“On average, about 737 billion gallons of water are being withdrawn from the Indus River annually to grow cotton (enough water to supply Delhi residents for more than two years). In addition, the river is used for hydropower generation in Pakistan and India. Glacial melt contributes as much as half of the region’s flow. Also, meltwater is crucial for upstream reservoirs to store and release water to downstream areas when most needed.”

Examining studies across the region more broadly, GEAS’ report points out that seasonal glacial meltwater “is extremely important to the Indus basin, important for the Brahmaputra basin, but plays modest roles for the Ganges, Yangtze and Yellow Rivers.”

“By region, meltwater contributes 30 percent to the total water flow in the eastern Himalayas, 50 percent in the central and western Himalayas and 80 percent in Karakoram. Likewise, Rees and Collins (2006) show that if all the Himalayan glaciers were to disappear, there would be about a 33 percent reduction in annual mean flow in the west compared to the 1990 level, whereas the decline in the east would be only about 4-18 percent.”

Despite their critical importance and far-reaching ecosystem services impacts, “such factors as annual amounts of ice and snow melt, its seasonal and spatial variability, as well as the contributions of precipitation to these basins, have not been clearly enumerated.”

The lack of comprehensive data gathering and monitoring heightens uncertainty about the condition of and changes taking place in the estimated 12,000-15,000 glaciers across the Hindu Kush-Himalayan region. That’s also led to a wide range of variation in scientific conclusions. The uncertainty and inconsistencies in scientific reporting has led policy makers and stakeholders to downplay and even ignore the potential threat, an extremely risky and dangerous tendency, the GEAS report notes.

While monitoring of the region’s glaciers is improving, there’s an urgent need for further improvement to fill in knowledge gaps. In addition to the lack of monitoring capacity, available data are not always accessible to those that need it most, particularly when it comes to transboundary water sharing. Rather than a lack of technological capacity, that’s a result of inadequacies in “politics and diplomacy rather than science.”

UNEP’s calling on political, civic leaders and the scientific community across the region to do all they can to address these shortcomings. “The region needs more and better monitoring of glaciers and subsequently a state-of-the-science assessment on glacier change that produces robust scientific findings to better understand the complexities of those changes and to reduce scientific uncertainty.

“In particular, transboundary scientific cooperation is needed to accurately assess regional climate change impacts on Himalayan glaciers and to fill knowledge gaps by providing scientific findings to the policy community based on the best scientific understanding of the issues.”