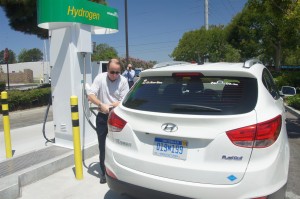 The drive to forge sustainable, equitable “green” economies and develop and deploy renewable energy and clean technologies all front-and-center in the media in the run-up to the Rio+20 United Nations Conference on Sustainable Development, which is to take place in the iconic Brazilian city June 20-22.

That’s a six-fold increase over 2004’s total and 94 percent higher than that of 2007, a year that saw the onset of the “Great Recession.” Even more impressively, the gains have come despite strong economic, and in some cases, political headwinds, according to UNEP’s report, which is based on data provided by Bloomberg New Energy Finance.

“There may be multiple reasons driving investments in renewables, from climate, energy security and the urgency to electrify rural and urban areas in the developing world as one pathway towards eradicating poverty-whatever the drivers the strong and sustained growth of the renewable energy sector is a major factor that is assisting many economies towards a transition to a low carbon, resource efficient Green Economy” stated UNEP executive director Achim Steiner.

Following are some of the UNEP and REN21 reports’ highlights:

Not surprisingly, European countries have led the way forward among G20 countries when it comes to deploying and making use of renewable energy over the past decade, part-and-parcel of an emerging, more integrated approach to sustainable development, that addresses economic, social and environmental issues, NRDC found.

Renewable energy and clean technology figure to play a central role in at Rio+20, as representatives and observers look for follow-through on goals on renewable energy targets, technology transfer and investment capital agreed to at the UN Framework Convention on Climate Change’s (UNFCCC) COP17 conference, which took place in Durban, South Africa Nov.-Dec. 2011.

Yet while progress has been substantial in developing, as well as developed economies, including those of China and the US, Brazil and India, the overhanging threat of another financial crisis and global recession is testing governments’ resolve to initiate, maintain and intensify integrated policy frameworks that address challenges at the ‘water-food-energy’ nexus.

While real progress has been made here in the US– renewable energy production has increased more than 300 percent in the past decade, NRDC highlights– Congressional ambivalence, evident in the lack of an integrated federal renewable energy policy framework characterized by “stop-start” policy and action, has led to repeated boom-bust cycles, NRDC’s Jake Schmidt and University of California, Berkeley renewable energy expert Dan Kammen noted in a press briefing.

G20 governments’ ongoing support of the production and burning of fossil fuels is another aspect of the report that stands out. Supporting a highly profitable, well-established fossil fuel industry that’s the primary agent of man-made climate change, environmental degradation, externalized costs foisted on public finances, G20 fossil fuel subsidies nonetheless remain some 5x-6x or more higher than those for renewable energy, Schmidt and Kammen noted.

It’s clear, and increasingly urgent that the energy playing field has to be leveled, and that means eliminating fossil fuel subsidies. Pressure must be brought to bear on and support given to policy makers willing and able to counter the extravagantly well-funded political lobbying and campaign funding, as well as the pernicious misinformation and disinformation campaigns, of fossil fuel industry media and public relations machine.

“Overall [renewable energy] investment of about $160 billion in 2011 is very impressive, but it’s also worth keeping in mind that with estimates of global subsidies of fossil fuels of $400-$500 billion, the landscape is far from truly level. There’s a huge amount of work governments can do, must do, to balance that out,” Kammen stated.

“It’s critical to note that it is a global marketplace. Developing nations are playing key roles in addition to G20 countries. A wide range of tools is proving to be effective– Renewable Portfolio Standards (RPS) in US states. In Europe, and increasingly and other countries Feed-in Tariffs (FiT), as well as carbon pricing is playing a role.

“There really is a diverse set of technologies, scales and market approaches being used today; the challenge is to move this forward dramatically in coming years. By 2020, [a renewable energy goal of] 15% is within reach. It’s beyond what’s currently on the table in terms of international agreements, but clearly within reach.”