The Super Bowl is the most widely watched event on earth and increasingly, this sporting extravaganza is reducing its impact on the environment. As a public spectacle, the Super Bowl is important because it is watched by over 100 million people in 232 countries.  Over 100 million people in 232 countries and territories speaking 34-different languages. As reviewed in an Inhabitat article titled “7 Ways Super Bowl XLVI is Going Green!” 2012 was the greenest National Football League (NFL) event ever. This is not the first year the NFL has aspired to a greener event, for 19 years the NFL has established programs to help reduce its environmental impacts. For the past seven years, the league has planted thousands of trees, and cities interested in hosting the Super Bowl must now submit an environmental plan with their bid.

In 2010, NextEra Energy Resources powered Super Bowl XLIV with wind and solar energy. In addition to renewable energy, there was a widespread recycling initiative. Left-over food and materials were donated to the needy rather than discarded.

Although the venue for the 2012 Super Bowl is ironically named Indianapolis Lucas Oil Stadium, it has a host of green initiatives that include a retractable roof with CPI lighting that optimizes natural light (reducing the need for artificial lighting). The facility uses natural ventilation in the form of giant fans rather than air conditioners. The bathrooms conserved water with timed water facets and they used only 100 percent recycled toilet paper. The parking lot was swept clean rather than using water and it contained two giant charging stations for electric cars thanks to “Project Plug-IN”.

The stadium and businesses in the surrounding area provided more recycling bins than ever and post game cleanup focused on recycling the garbage they collected. Lucas Oil Stadium partnered with local and organic food vendors as well eco-friendly suppliers who provided biodegradable utensils. Food was bought in bulk to reduce transportation, and most leftovers were given to shelters or made into meals for missions throughout Indianapolis.

The Media Center for the 2012 Super Bowl was hosted by JW Marriott, which participated in a unique composting campaign that reduced food waste going into landfills.

This is not the first time that the NFL has supported renewable energy. For Super Bowl XLII, the league powered University of Phoenix Stadium and the adjacent NFL theme park with clean energy sources that included New Mexico wind turbines and California geothermal plants.

As stated in 2007 by Jack Groh, director of the NFL Environmental Program:

“If creating a mess is part of our business plan, then cleaning it up needs to be part of the model as well. Greenhouse gas obviously causes damage to the environment, and we need to be responsible.”

The amount of emissions was enormous with approximately 350 tons of GHGs produced by the NFL’s 3,000 vehicle ground-transportation fleet alone. Reforestation and carbon offsets from Green Mountain Energy balanced out the GHG emissions created by air and ground travel of the teams competing in the Super Bowl, but they do not offset the carbon footprints of the hundreds of thousands of fans that converged to celebrate Super Bowl XLVI.

Although there were programs to account for the footprints of players, these programs failed to account for fans flying in for Super Bowl festivities. Pollution from aircraft is especially problematic for the environment because emissions have an even greater impact when they are emitted above 30,000 feet. Nor did these programs consider carbon emissions produced by vehicles driven by fans as they travel to and from dozens of Super Bowl events.

However, there were other efforts that encouraged the general public to reduce their footprints at Super Bowl XLVl and everyday. One such effort is entitled “1st & Green,” it is a web-based effort which helped to offset environmental impacts.

Individuals, households, and groups who joined the 1st & Green Environmental Challenge became active participants in helping to reduce the footprint of the game and festivities by offsetting carbon and saving water. In addition to tracking all of the statistics related to carbon and water, 1st & Green educated people about environmental issues affecting Indiana by providing tips that help to make a difference every day.

Groups registered in five categories: businesses, non-profits, government, schools K-12, and other groups. The groups that reduced the most carbon and water were recognized on stage in the Village, during the week prior to the Super Bowl.

Even though these efforts have helped reduce the environmental impact, it does not cover the Super Bowl’s huge footprint. According to the Peachy Green website, Super Bowl XLV used enough energy to power 1,500 homes for a year. Over 300,000 pounds of carbon emissions were generated from within the stadium itself. A study by U.S. Oak Ridge National Laboratory and Princeton University indicates that the Super Bowl and its related festivities generate at least 500 tons of CO2.

Reducing the Super Bowl’s footprint is also a matter of enlightened self-interest. According to a blog post in TXCHNOLOGIST, climate change is having serious consequences for football in America. As we have seen in places like Texas, droughts can parch football fields and heat waves can make synthetic fields too hot to use. As illustrated by the increasing number of heat related deaths in football, global warming is making the sport dangerous to human health.

The NFL has a vested interest in advancing efforts to combat climate change. One of the best ways the NFL can promote environmental sustainability is by making the Super Bowl a carbon neutral event.

——————
Richard Matthews is a consultant, eco-entrepreneur, green investor and author of numerous articles on sustainable positioning, eco-economics and enviro-politics. He is the owner of THE GREEN MARKET, a leading sustainable business blog and one of the Web’s most comprehensive resources on the business of the environment. Find The Green Market on Facebook and follow The Green Market’s twitter feed. 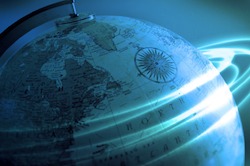 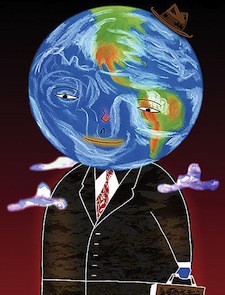 One thought on “The Greening of the Super Bowl”