2011 was a record-setting year of extreme – and unusual – weather events. And as year-end 2011 climate data being released by scientific research organizations around the world shows, it’s also been one of the warmest on record.

The extent of Arctic sea ice was the third smallest on record, 11.5 percent below average. Meanwhile La Niña conditions persisted in the South Pacific and is expected to continue through the winter, raising the prospect of another abnormally dry spring and summer in the southwestern US.

As of end November, 2011 was set to become the 10th warmest year since record-keeping began in 1850, according the UN World Meteorological Association. Thirteen of hottest years on record occurred in the last 15 years.

Record Warm 2011 in the U.K., France and Worldwide

Great Britain’s Met Office reported that 2011 average temperature for the nation was the second hottest on record, an abrupt turnaround from a colder 2010 that broke a consistent warming trend over the first decade of the new millennium, according to a PhysOrg.com report

Autumn in France was exceptionally mild. November was the second hottest since 1900, 3 degrees warmer than the norm. Every month in July was above the norm, except for July, when temperatures were 1.3 degrees C cooler than average. Average rainfall fell a precipitous 20% in France in 2011, except in the southeast of the country, where heavy rains fell in November.

Central and eastern North America, Northern and Western Europe, northern Russia, most of China and the Middle East, southeastern Australia, and southern South America all experienced warmer than average temperatures in November. Average November temperatures were cooler than average in Alaska, western Canada, much of Eastern Europe, Kazakhstan and southwestern Russia. 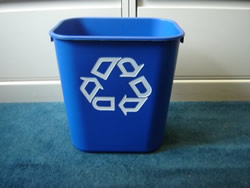