Despite conspicuous resistance from the U.S., governments around the world are putting a price on carbon. Emissions trading has increased dramatically in the last five years and over the next five years the trading of carbon emissions is expected to become the world’s largest commodity market.

The provisions for international emissions trading were introduced with the establishment of the Kyoto Protocol. The establishment of carbon markets has acquired even more importance in light of the looming expiry of Kyoto in 2012.

Carbon trading and the economy

Carbon trading may be the best way to limit carbon emissions without damaging the economy. Carbon pricing also provides the certainty and simplicity that businesses and investors need. A well established trading system can be seen as an environmental regulation tool, which permits companies to reach emissions targets set out by a regulator at a lower cost.

In an emissions trading scheme, regulators decide on a maximum amount of a pollutant that can be emitted in a particular area within a specified time frame; the regulator allocates a portion of the allowable quota for individual firms. Permits are allocated to emitters allowing them certain amounts of emissions. Any company not needing its whole allocation is then free to sell the surplus in the ETS market, where the buyers are typically companies that need more than their allocations. The idea is that, because there is value to these permits, companies will be encouraged to invest in green technologies, especially as the cap on total allowable emissions gets progressively lower, making fewer of the permits available over time.

In November, the Australian senate voted to pass a carbon tax which will then be replaced by a market based system in 2015. Per capita, Australia is the worst carbon emitter in the world and relies on coal for 80% of their electricity needs. The country is also the largest coal exporter in the world.

“We cannot be stranded with a high-pollution economy as the world changes,” said Australian Prime Minister Gillard. Putting a price on carbon is “the cheapest, fairest way to cut pollution and build a clean energy economy,” said a spokesperson from the prime minister’s office.

Carbon pricing in Australia would cut carbon pollution by at least 160 million tons a year in 2020, which is the equivalent of taking 45 million cars off the road.

The Australian Prime Minister said that passing the tax was “a major milestone in Australia’s efforts to cut carbon pollution and seize the economic and job opportunities of the future. Adding, the government has “secured a clean energy future for all Australians.”

Taxing carbon will help Australia meet its goal of reducing carbon emissions 5% below 2000 levels by 2020 and 80% by 2050. The carbon tax will spur multi-billion dollar investments in renewable energy and to help to close the country’s aging coal plants. The Australian Renewable Energy Agency will give grants for research and development for promising clean energy technologies, and to help them reach commercial scale.

Former U.S. Vice President Al Gore highlighted the success of the vote on his blog, hailing the “courage of legislators” and writing: “With this vote, the world has turned a pivotal corner in the collective effort to solve the climate crisis.”

Australia’s carbon market is second only to the EU’s, which accounts for 97% of carbon trades. Although austerity measures have greatly reduced the price of carbon, according to the World Bank, the global carbon market was still estimated at $142 billion in 2010.

Beginning on July 1, 2012, the new legislation will impose a tax of $23 a ton on the nation’s 500 biggest polluters. This price will remain for three years, and in 2015, it will be set at market price. The carbon market in Australia is projected to reach $15.5 billion by 2015, after which carbon permit sales could raise $27 billion in the first four years.

New Zealand has a carbon program similar to Australia. Japan, South Korea, South Africa and Mexico are also planning programs that address carbon. As the world’s leading carbon dioxide emitter, China has proposed plans for a carbon tax to come into place by 2013.

China will introduce a pilot scheme for carbon emissions trading and gradually develop a national market to reduce emissions and save energy. China has indicated that it hoped to introduce a pilot scheme in a handful of major cities by 2013 and expand it nationally in 2015. China has pledged to reduce the amount of carbon dioxide produced per unit of gross domestic product by 40 to 45 percent by the end of 2020.

As part of their carbon-trading plans, China will promote the development of green technologies and products through means such as preferential taxation policies. Xie, a vice minister with China’s top economic planning agency, was quoted saying that it also would “manage growth in energy-intensive industries”.

America is the second largest carbon emitter in the world, and even though the U.S. is responsible for a quarter of all carbon dioxide emissions, lawmakers have no plans to tax carbon or to implement a market trading system. Congress failed to pass a climate change law in 2010 and it is unlikely to support similar legislation until at least 2013. The problem in the U.S. is Republican obstructionism from a congress hell-bent on resisting any form of carbon emission legislation.

California is the leading green energy economy in the U.S.  In October, they approved rules for a multibillion-dollar carbon market cap-and-trade program. California has mandated that a third of its electricity come from renewable sources like solar and wind. Although California is struggling with a budget shortfall, the state’s environmental efforts are creating green jobs and garnering significant venture capital investments.

The election of Republican governors in 2010 has led to the abandonment of Western Climate Initiative (WCI), a greenhouse gas trading program by several U.S. states. In total, six states have abandoned the WCI leaving only California and four Canadian provinces involved in the program. New Mexico, Arizona, Washington, Oregon, Montana and Utah have formally declared their withdrawal from the WCI.

Despite the problems facing the WCI, the Regional Greenhouse Gas Initiative (RGGI ), a 10-state cap-and-trade market in the northeastern U.S., is producing favorable results. Although New Jersey’s Republican governor has also announced his plan to drop out the RGGI, a new study says the program has saved money for consumers, stimulated job growth and kept money in local economies. According to the study, much of the benefit was from improving energy efficiency.

In the absence of a global climate agreement, a patchwork of carbon regulations will likely continue. However, universal adoption is crucial so that polluters do not simply shift their GHG producing activities elsewhere, this is commonly referred to as leakage. As evidenced by what we have seen in Europe, climate policies will likely try to prevent leakage, but such measures may not only weaken the environmental performance, they may undermine international competitiveness.

Until we have a global deal, the private sector must step forward and take the initiative. Perhaps this could be best achieved by a sector-based approach that brings together trade and carbon issues for some of the most carbon intense industries.

Voluntary carbon markets will continue, but governments will need to show leadership to make carbon pricing truly ubiquitous. Carbon emissions are a global problem, but the major powers must price carbon if we are to arrive at a global solution.

Putting a price on carbon is a great idea, particularly when paired with efficiency programs and renewable portfolio standards. Revenue earned from carbon pricing could be employed to further reduce GHG emissions. Feed-in-Tariffs and other policies could also accelerate the reduction in emissions.

Drawing inspiration from US President Barack Obama, Australian Senator Penny Wong said: “Yes, we will act…[for a] clean energy future.” The question that remains unanswered is, as the world’s leading economy, when will America get on board?
——————-
Richard Matthews is a consultant, eco-entrepreneur, green investor and author of numerous articles on sustainable positioning, eco-economics and enviro-politics. He is the owner of The Green Market Oracle, a leading sustainable business site and one of the Web’s most comprehensive resources on the business of the environment. Find The Green Market on Facebook and follow The Green Market’s twitter feed. 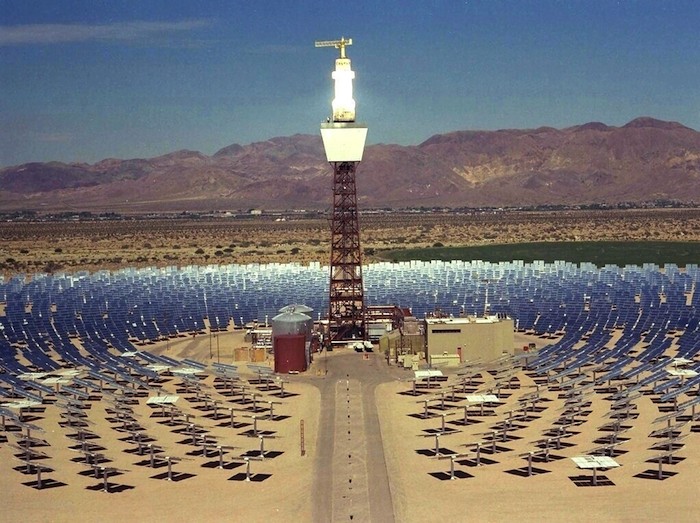