Editor note: This post originally published in Richard’s blog “The Green Market” and is republished here with his permission

To mark World Oceans Day, the UN held a press briefing and a panel discussion at its Headquarters in New York on Wednesday, 8 June 2011. The subject of the briefing and panel discussion was “Our oceans: greening our future.” It was moderated by professor David Freestone of George Washington University.

The UN formally recognized World Ocean Day (WOD) in 2008, but early UN press conferences on WOD were sparsely attended. In 2011 the room was full of interested parties.

The introductory remarks were delivered by Ms. Patricia O’Brien, Under-Secretary-General for Legal Affairs and United Nations Legal Counsel. She emphasized that World Oceans Day affords an opportunity to raise global awareness about the opportunities and challenges faced by our oceans. She indicated that oceans are a vital component of food security and depleted fisheries and marine environments are important issues for the global economy. She went on to say that sustainable development of the oceans and the equitable distribution of ocean resources are some of the
most serious challenges we face.

Here are some of the highlights from each of the four members that participated in the UN Panel Discussion on oceans:

Chandrika Sharma
Ms. Chandrika Sharma, spoke on behalf of the International Collective in Support of Fishworkers (ICSF). She indicated that 35 million people are dependent on ocean fisheries around the world. She also indicated that small scale fisheries are on the front lines of sustainable fishing, they are the first to notice and have a direct stake. She referenced the Rio Declaration’s principle of eradicating poverty as an indispensable component of sustainable development.

Rashid Sumaila
Dr. Rashid Sumaila, University of British Columbia, Canada, spoke to the economic aspects of the oceans. He discussed challenges to the sustainable development of the oceans. He began by quoting Adam Smith, “The earth and the fullness of it belongs to every generation and the preceding one can have no right to blind it up from posterity.”

He believes that education can help economic, social and sustainable development. He points out the strong relationship between the environment and the economy and stresses the importance of the relationship between fish and people. He also indicates that we need more research on issues like illegal fishing. He spoke about the importance of close collaboration in sustainable development.

He makes it emphatically clear that there are finite limits to what the ocean can provide. He also indicates that we need to protect and provide alternatives to fishing which would ease the pressure on the fish.

He further posits that fishing subsidies are not helpful as they do not reduce poverty and they do not help fish stocks. He concludes by suggesting that co-management of fisheries is better than the government or community management alone.

William Mott
Mr. William Mott is on The Ocean Project’s Leadership Council which is conducting massive social marketing and youth research. After working on policy issues, he has worked on building a constituency in the US. He has also worked on helping people and businesses to be more sustainable. He promotes conservation outcomes with Zoos, Aquariums and Museams (ZAMs).

The Ocean Project research surveyed over 22,000 Americans. Here are a few of the key findings that emerged out of the research:

Mrs. Maria Teresa Mesquita Pessôa, Permanent Mission of Brazil to the United Nations talked about the green economy and sustainable development.
According to Pessôa, the rationale for conservation can be found in sustainable development. She stated that as a matter of UN policy, we have a duty and a general obligation to protect and preserve the oceans.

She makes the point that we are an ocean planet and sustainable development of our ocean’s resources impacts the social, economic and environmental pillars of our world. This issue is even more pressing given the prediction that there will be 6 billion people living on the coast in 2025.

Pollution from land based sources is causing 80 percent of ocean pollution. But unsustainable fishing methods are the single greatest cause of depleted fisheries.

Subsidies for fishing are very destructive, they allow fleets to fish longer, harder and further. Ocean acidification can be directly linked to human induced climate change and the increase of acidification threatens many species of marine life.

Pessôa says while professor Sumaila talks about the importance of education, she advocates the implementation of existing agreements like the FAO IPA of 2004. She believes that lack of scientific certainty should not be used to prevent cost effective measures of preventing the ocean’s degradation. She also indicates we need to define a regime of biodiversity and regulatory mechanisms that extends outside national borders.

She concludes by quoting Jacques Cousteau:

“The sea, the great unifier, is man’s only hope. Now as never before the old phrase has a literal meaning,
we are all in the same boat.” 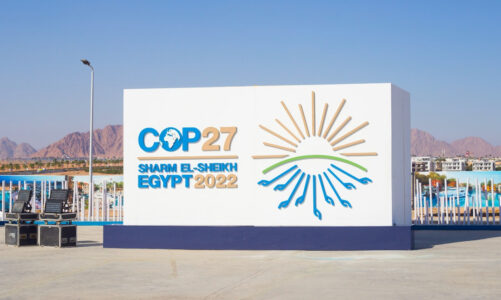 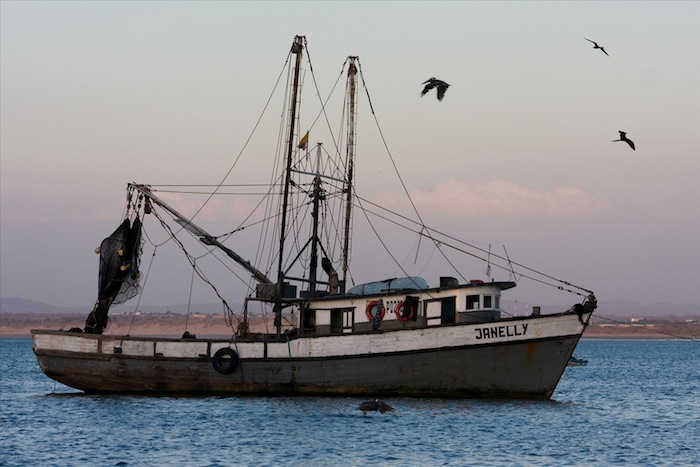