Deforestation in the Amazon rainforest of Brazil has risen six-fold

, according to recent satellite images from the National Institute for Space Research. Comparing data from March-April 2010 to the same period this year shows deforestation has increased from 103 square kilometers in 2010 to 593 square kilometers just one year later.

Most of that deforestation is in the state of Mato Grasso, a center of agribusiness and the largest producer of soybeans in Brazil, contributing 27 percent of the country’s last soybean harvest. According to Brazil’s Agriculture Ministry, soy output will increase 7.2 percent to 73.7 million tons.

Still, the dramatic increase in deforestation has “taken the government by surprise.” A government report released last December showed deforestation rates at a 22-year low. But the recent data indicates a 27 percent increase from August 2010 to April 2011.

Brazilian Environment Minister Izabella Teixeira said the new data is “alarming” announcing the formation of a “crisis cabinet” to respond to the rapid increase in deforestation.

“Our objective is to reduce deforestation by July,” Teixeira said.

The main cause of the deforestation is open to dispute. Some environmentalists say that growing demand for soy and cattle leads to farmers clearing more land. Others counter that easing of laws on forest production is the root cause.

“You have 300 to 400 lawmakers here in Brasilia sending the message that profiting from deforestation will be amnestied, that crime pays,” said Marcio Astrini of Greenpeace. “The only relevant factor is the Forest Code. It is a gigantic rise.”

Brazil’s Forest Code specifies how much land a farmer can clear, a controversial issue of which the Chamber of Deputies has delayed voting for years. Recently a version of the bill easing restrictions on farmers was near passage, but environmentalists managed to swing enough political and public support to delay the vote in the Chamber.

“I think the pressure from national and international public opinion was essential to stop the approval of the bill the way the farmers wanted it and to get President [Dilma] Rousseff’s government to support some of our concerns,” said Paulo Adario, coordinator of the Greenpeace Amazon Program.

Some of the proposals that have most concerned environmentalists include:

Opponents to the environmentalists cite the need for economic development as reason to ease restrictions on farmers. Deputies are scheduled to take up debate the controversial Forest Code proposals as soon as today.

A report releases earlier this month from the United Nations Environmental Programme states that tropical forests are disappearing at a rate of 13 million hectares – or 32 million acres  – every year. 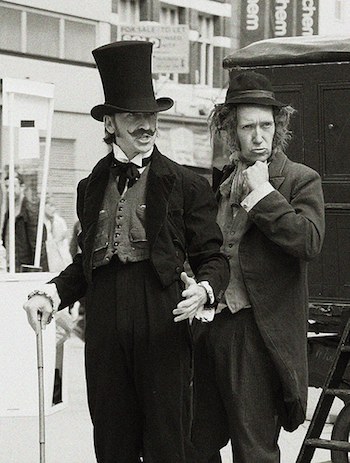