A chill is coming to Washington. A wave of climate change deniers were elected to office this week, and come January, we can expect a freeze in all reasonable and productive discussion about the fate of the planet.

Last year, the political discussion about climate change and carbon regulation was complicated and bogged down, but at least it was happening.

Who are the deniers?

Grist has pulled together a list of the climate deniers headed into power in the Senate. “Overall, the Senate next year will be more hostile to climate action than ever before,” the site’s staff says.

If these climate-denying legislators came from deeply red states, Tuesday’s results might not be so shocking. But many of them represent swing states, or states that might be red in presidential contests, but that have previously elected Democrats to Congress.

These latter states include North Dakota, whose new senator, John Hoeven, made Grist’s list, and Indiana. Also on the list are Marco Rubio, from Florida, Kelly Ayotte, from New Hampshire, and Pat Toomey, from Pennsylvania.

Perhaps most disheartening is the replacement of Sen. Russ Feingold (D-WI) with Senator-Elect Ron Johnson. Johnson is to the right of the independent-minded Feingold on a host of issues, but as Mother Jones‘ Andy Kroll writes, “What landed Johnson in headlines earlier this year was his claim that climate change wasn’t created by humans but instead was the result of ‘sunspot activity.’”

Sunspot activity is just one explanation that newly elected Republicans have grabbed onto to explain the very real phenomenon of climate change. Care2’s Beth Buczynski has rounded up a few choice quotes from these new leaders:

“With the possible exception of Tiger Woods, nothing has had a worse year than global warming. We have discovered that a good portion of the science used to justify “climate change” was a hoax perpetrated by leftist ideologues with an agenda.” —Todd Young, new congressperson from Indiana

“There isn’t any real science to say we are altering the climate path of the earth.” —Roy Blunt, new senator from Missouri

There are more where these came from.

What does this shift mean? In short, that the United States and our environmental policies will be limping forward and falling behind the rest of the world as international communities try to deal with climate change. As Brian Merchant writes at AlterNet:

“…the current crop of GOP politicians have adopted a somewhat united ideological front opposing not only climate legislation, but the general notion of climate science itself. Nowhere else in the world has a leading political party availed itself of a position so directly in opposition to science — indeed, today’s GOP is the only party in the world that incorporates climate change denial as part of its political platform.”

On the domestic front, writes The Washington Independent’s Andrew Restuccia, that means that even unambitious legislation, like the renewable energy standard, stands little chance of passing. As it’s currently written, the renewable energy standard would require a certain percentage of the country’s electricity to come from renewable sources. In reality, it would not even push clean energy production to grow faster than market forces alone would. The main purpose of passing a standard would be to signal to clean energy investors that the government supports their work.

In other words, in the current legislative climate, our leaders wouldn’t even get behind legislation that is just a sign of support for clean energy and the jobs it would create.

Instead, the House’s leadership plans on spending its time staging a show trial of climate science. The chief executor of this strategy will be Rep. Darrell Issa (R-CA), who is set to become chairman of the House Oversight and Government Reform Committee. Change.org’s Jess Leber explains:

In theory, Issa would be investigating a series of emails, sent by British climate scientists. Climate skeptics argue the emails prove that scientists are falsifying evidence of climate change. Extensive investigations have already debunked those claims.

In short, environmental leader Bill McKibben had the right idea back in September. Anyone who’s interested in advocating for climate change action in this country would do well to stop trying to convince Congress to do its job. Our leaders won’t be listening.

The best path forward may be to start convincing the American people, in the hope that, two years from now, they’ll vote for candidates who have a clue.

——————-
This post features links to the best independent, progressive reporting about the environment by members of The Media Consortium. It is free to reprint. Visit the Mulch for a complete list of articles on environmental issues, or follow us on Twitter. And for the best progressive reporting on critical economy, health care and immigration issues, check out The Audit, The Pulse, and The Diaspora. This is a project of The Media Consortium, a network of leading independent media outlets. 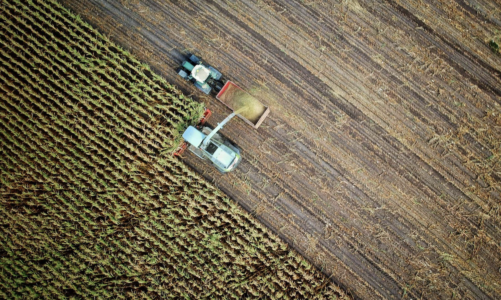 5 thoughts on “Will Climate Deniers in Congress Seek to “Outlaw” Global Warming?”