Last week, environmentalists and food advocates warily welcomed the news that Walmart plans to expand its local, sustainable food program. The company announced it would double its sales of locally grown food by 2015 and, in new markets, would source from small and midsized producers. Given Walmart’s market share, this announcement is generally understood to be a positive development for the sustainable food movement.

Sustainable food, however, has grown beyond the dictum to eat simply locally and organically grown food. Farms have sprung up on rooftops, home canning of fruits and vegetables has taken off, and composting is de rigueur. A common thread runs through this movement, one with a long tradition in American life—a preference for self-reliance.

“Independence is for Neanderthals”

In her new book, The Resilient Gardener, Chelsea Green author Carol Deppe writes about her garden not just as a local, sustainable source of food, but as a tool for building a sustainable community.

Deppe argues that growing staple crops like potatoes, corn, beans, and squash, and learning how to store vegetables and save seeds will help communities thrive, even in times of erratic climates.

“I aim for appropriate self-reliance, not for independence,” she says. “Independence is for Neanderthals.”

Yes! Magazine‘s Vicki Robin has been feeding herself only with produce from a friend’s farm and a handful of other necessities sourced within a 10-mile radius of her home—which is on an island in Washington State. She’s been documenting her “10-mile diet” since the beginning of September, and as it came to a close in early October, she wrote:

“The overall news is that we are actually on our way to at least partial food self sufficiency on the island, and could get closer with some changes—if we eat what we can grow here and not insist on what cannot grow here….”

From the farm to the city

For Robin, eating locally often meant eating food grown by neighbors. For city-dwellers, “local” is much more flexible. In New York City, for instance, local food at the city’s Greenmarkets can come from more than two hundred miles away, as farmers make weekly drives from upstate New York, Vermont, or southern New Jersey.

Although urban farms have drawn attention as a innovative solution for localizing food production, no one is arguing that a city could feed itself entirely from its rooftops or empty lots. It may not even be wise to dedicate large chunks of city space to agriculture, as Daniel Nairn argues at Grist: Cities need to be dense to promote energy efficiency. Jason Mark, editor of the Earth Island Journal, also writes at Change.org that most urban farms, so far, are not supporting themselves financially.

For American agriculture across the board, subsidies are a key to financial sustainability. The USDA has funded the growth of corn and soy megafarms in the Midwest, and earnings from outside jobs supplement the incomes of many small or midsized farmers. So far, outside support for urban agriculture has come primarily from private foundations, although earlier this year Rep. Marcy Kaptur (D-OH) introduced a bill that would create an Office of Urban Agriculture within the federal agriculture department.

Still, increasing outside funding for urban agriculture may not be the key to sustaining it. “The question of whether farms can become self-sufficient has major implications for the larger drive to create a green economy,” Mark writes. For the green economy to work, it has to be self-reliant.

Mark highlights Dig Deep Farm in the suburbs of San Francisco, CA, as an example.

“To reach profitability, we have to reach a lot of people,” Hank Herrera, one of the farm’s owners, told Mark. “Our goal is to have enough productivity to reach scale, to have the poundage to really feed people.”

To that end, Herrera and his partner, Abeni Ramsey, are looking for more corners of land in the vicinity of their farm to convert into growing space.

Communities sustained by good food practices extend beyond humans to the natural ecosystem of worms and insects that lives in the dirt, helping to enrich and clean it. As Sara Rubin writes at Campus Progress, “A farmer attentive to natural systems will often rejoice over a handful of soil packed with the tiny squirmers, but mostly because it’s packed with microscopic critters, too. An entire ecosystem of beneficial fungi and bacteria and tiny insects can be active below the soil surface.”

That community of underground wrigglers contributes to the resilience of human communities, too. Healthy bugs and bacteria crowd out dangerous pathogens that have led to food-related outbreaks of salmonella, for instance, in the past few years.

Environmentalists should welcome Walmart’s new-found dedication to local foods. It shows that the first battle for a sustainable food system has been won, freeing up time and energy to develop new, exciting projects that will ultimately strengthen communities, not corporations. 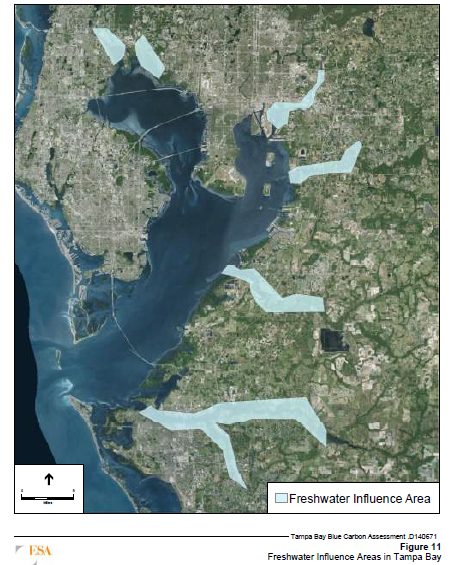