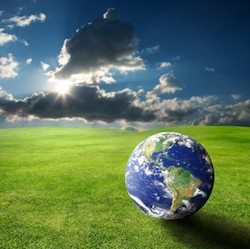 The lack of progress on a comprehensive international climate change treaty has led some to question the viability of an agreement and look to the private sector for global warming solutions.

This December, the world will convene in Cancun, Mexico for COP16 to continue international climate change negotiations. This summer’s climate talks in Bonn highlighted several points of contention, including ongoing disagreements on funding, monitoring, reporting, and verification.

With many Americans unconvinced about the urgency of climate change, Congress is unwilling to act, moving some environmentalists and climate change activists to ignore the legislature and seek alternative routes to push the climate agenda forward.

Through events like 10/10/10: The Global Work Party for Climate Justice, organizers hope to get people involved to engage the issue of climate change and pressure governments to act.

Another approach leverages the power of market forces. While many in the private sector are responding to consumer demand for green products and services, the energy sector will not be so easily swayed by consumer interest. The market’s control over the price of energy constitutes a major obstacle to the implementation of renewable power because in a free market dirty energy is cheaper than clean energy.

In mid September, the 2010 World Energy Congress was held in Montreal, Canada, bringing together approximately 3500 top world leaders in the field of energy. The World Energy Congress is committed to working toward responsible growth that reconciles economic development, environmental protection, and the reduction of global inequalities. According to many of those in attendance, the energy industry is ready to begin building the new energy economy; however, to respond in a timely fashion, governments will have to get actively involved in the growth of clean energy.

International agreements on climate change are not without precedents. At the Rio Earth Summit in 1992, more than one hundred international leaders signed the Framework Convention on Climate Change and the Convention on Biological Diversity. They also agreed to a blueprint for sustainable development known as Agenda 21.

In 1987, the Montreal Protocol was created to protect and restore the ozone layer. The international treaty has since achieved all of its goals, including the complete phase-out of CFCs this year.

Aggressively phasing out CFCs translates not only to major ozone protection, but also to significant climate protection: 222 billion tonnes of carbon dioxide-equivalent (CO2-eq) in mitigation or the elimination or 7 to 12 years worth of emissions. In 2007, the Montreal Protocol agreed to accelerate HCFCs, the chemicals that replaced CFCs. This agreement will avoid up to 15 billion tonnes of CO2-eq by 2040. HFCs, another greenhouse gas, could also be phased down under the Montreal Protocol which could eliminate up to 100 billion tonnes of CO2-eq emissions by 2050.

With the support of 196 parties, a strong financial mechanism and 23 years of experience, the Montreal Protocol proves that global agreements on climate change can achieve major mitigation in a quick and cost-effective manner.

The next meeting in preparation for COP16 takes place in Tianjiin, China in October. While COP16 is unlikely to deliver a binding global agreement, governments can create momentum by making progress on adaptation, mitigation, technology, finance, and forests. At COP17 in South Africa and at the 2012 UN Conference on Sustainable Development, world leaders may find the formulas that have thus far proven illusive.

The popular demand for more sustainable goods and services are turning the wheels of the free market and yielding environmental returns. However, without the support of governments in the form of policy, legislation, and binding global agreements, voluntary private efforts, although laudable, are simply insufficient.