President Barack Obama and Congressional leaders spent this week trying to stand up to the oil industry. In the wake of the Deepwater Horizon spill in the Gulf of Mexico, Obama pushed BP to siphon $20 billion into a escrow fund that will cover liability claims, and Congress grilled BP CEO Tony Hayward and other oil bigwigs as to how they were protecting the country’s coastal waters.

While these developments are promising, mopping up the current crisis and guarding against future incidents will take more momentum than a speech, a meeting, or a few hearings can deliver.

BP’s escrow fund indicates that the company is willing to take some responsibility for the damage this spill has visited on the Gulf Coast. But not everyone in Washington is pleased with the fund. As TPMDC’s Eric Kleefeld writes, “some Republicans have come out strongly against it—with the sum total of charges being that it will turn into a political slush fund procured through dirty Chicago thug tactics that will be paid out to ACORN.”

Rep. Joe Barton (R-TX) became the poster boy for this sentiment when, at a Thursday hearing, he apologized to BP for the president’s actions. TPM sheds some light on the Congressman’s possible motivation. It seems Barton might have his own interests at heart, not the needs of the spill’s victims (or of the Republican Party—by the end of the day, House Minority Leader John Boehner (R-OH) forced Barton to retract his apology).

Barton’s number one career campaign contributor, Anadarko Petroleum, has 25% ownership in the well where the April 20 rig explosion occurred,” Justin Elliott writes. “The firm, which has given Barton $146,500 over the years, has been sent a bill by BP for cleanup costs.”

As far as the clean-up efforts, Mother Jones’ Mac McClelland reports that the company is not doing all it can for Elmer’s Island Wildlife Refuge. McClelland talked to one clean up worker who said:

They’re up to 120 guys on Elmer’s now, but I can’t see any considerable difference. They’re only working five sites and it’s eight miles of beach. No one seems concerned about cleaning it up. The contractors are getting their money; they don’t care. They’ve got all these people out there, but they’re not accomplishing anything.”

So far it doesn’t seem like BP—or the oil industry—is learning from these failures, either. Also at Mother Jones, Kate Sheppard reports that as bad as BP’s clean up response has been, at this week’s hearing, the public “got a glimpse of how ridiculous it was on paper.” The clean up plan, Sheppard writes, referenced a deceased sea turtle expert and ways to protect walruses and sea lions, which do not live in the Gulf Coast.

“It gets even worse,” Sheppard says. “The other four oil giants are using almost the exact same plans.”

BP, at least, needs solid disaster plans, and not just for spills like the one in the Gulf. As Truthout reports, the Deepwater Horizon site isn’t the only BP project that poses a safety risk. In Alaska, the Prudhoe Bay oilfield is host to “a long list of safety issues that have not been adequately addressed,” reporter Jason Leopold writes. Marc Kovac, a BP employee, told him:

The condition of the [Prudhoe Bay] field is a lot worse and in my opinion a lot more dangerous. We still have hundreds of miles of rotting pipe ready to break that needs to be replaced. We are totally unprepared for a large spill.”

These sorts of dangers are not limited to BP’s operations or the oil industry. As Forrest Whittaker writes for The Texas Observer, “In the past three months, each of the three major fossil fuels—coal, oil and natural gas—has had its own Kaboom! moment. It’s almost like Mother Nature is trying to tell us something about our energy policy.”

In addition to the BP spill, Whittaker is thinking of the Upper Big Branch coal mine explosion in April, and two more recent blowups of natural gas wells in Texas.

On June 7, workers struck a 36-inch gas pipeline near Cleburne, causing a massive eruption of flames seen miles away,” he writes. “One worker was killed, and eight others were severely injured. An eyewitness described the heat from 300 yards away as “unbearable.” The next day, another pipeline explosion in the Panhandle killed two workers when their bulldozer punctured another gas pipeline.”

GritTV reports on yet another oil spill—this one in Utah, where a hole in a Chevron pipeline starting pouring thousands of gallons of oil into a Salt Lake City creek a week ago.

In Colorado, on-shore drilling is most definitely legal, and BP is looking to restart natural gas drilling there, the Colorado Independent reports.

“[BP] found the jackpot,” Josh Joswick, a Colorado organizer, said. “Not only are they on top of the most productive coal-bed methane field in the United States, they are paying next to nothing compared to what they would be paying elsewhere.”

The BP disaster in the Gulf is resonating here, too. “Several much smaller incidents in Colorado and neighboring states are quietly highlighting the need for increased onshore oil and gas drilling regulation,” the Colorado Independent’s David O. Williams writes.

There is an opportunity right now for lawmakers at the federal and state level to push for real reform; it’s not clear yet that anyone’s jumping at that chance.

—————-
This post features links to the best independent, progressive reporting about the environment by members of The Media Consortium. It is free to reprint. Visit the Mulch for a complete list of articles on environmental issues, or follow us on Twitter. And for the best progressive reporting on critical economy, health care and immigration issues, check out The Audit, The Pulse, and The Diaspora. This is a project of The Media Consortium, a network of leading independent media outlets. 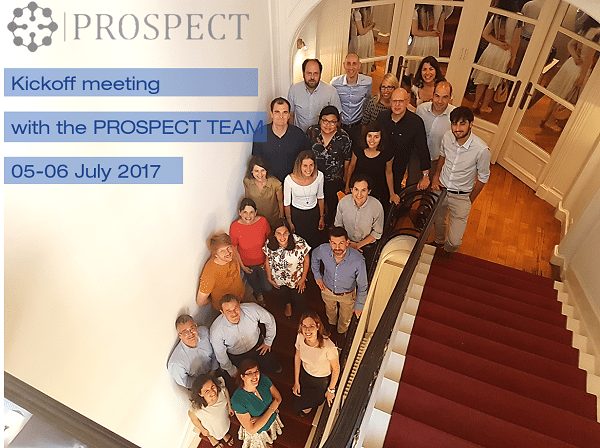