Coal consumption has costs — this week’s explosion at a West Virginia mine, which killed 25, made that clear. Those costs aren’t limited to human lives, either. Massey Energy Co., the owner of the West Virginia mine, has racked up not just safety violations but also consistently has disregarded the environmental effects of its work.

This week’s explosion is far from the first debacle associated with a Massey project, and past incidents have had disastrous impacts on the environment. In 2000, a break in a Massey-owned reservoir, filled with coal waste, caused more damage than the Exxon Valdez spill, Steve Benen writes at The Washington Monthly. Clara Bingham described the flood of sludge for the magazine in 2005:

“The gooey mixture of black water and coal tailings traveled downstream through Coldwater and Wolf creeks, and later through the river’s main stem, Tug Fork. Ten days later, an inky plume appeared in the Ohio River. On its 75-mile path of destruction, the sludge obliterated wildlife, killed 1.6 million fish, ransacked property, washed away roads and bridges, and contaminated the water systems of 27,623 people.”

A year later, another 30,000 gallons of sludge poured into a river in Madison, WV, “with nary a peep from Massey,” Kevin Connor points out at AlterNet.

“Between 2000 and 2006, Massey violated the Clean Water Act more than 4,500 times by dumping sediment and leftover mining waste into rivers in Kentucky and West Virginia, the EPA said in 2008. (Environmental groups say the EPA’s tally is a lowball figure; they estimate that the true number of violations is more than 12,000.) As a result of these breaches of the law, the company agreed to pay the EPA a $20 million settlement.”

It appears that prior spills have not chastened Massey, either. Brooke Jarvis at Yes! Magazine notes that the company stores 8.2 billion gallons of coal sludge in the same West Virginia county suffering from this week’s explosion, and that two months ago, “West Virginia’s Department of Environmental Protection issued a notice of violation because the dam failed to meet safety requirements.”

Massey’s owner, Don Blankenship, has as dark a record as his company on environmental issues. Blankenship believes in the “survival of the most productive,” Mike Lillis writes at The Washington Independent, which means that safety and environmental concerns come second. He “loves to slam ‘greeniacs’ for believing in things like climate change,” says Nick Baumann at Mother Jones. The Colorado Independent’s David O. Williams calls Blankenship “a notorious right-wing climate change denier and outspoken critic of the policies of ‘Obama bin Laden,’” and notes that Blankenship is on the board of the U.S. Chamber of Commerce, which has tried its hardest to squelch any climate legislation eking through Congress.

Although Massey and Blankenship stand out for their scorn of the environment, all coal production extracts a cost. Accidents and violations like Massey’s can devastate forests and streams, but coal’s biggest environmental impact comes when it is burned and pours tons of carbon dioxide into the atmosphere. As Yes! Magazine’s Jarvis puts it, “Coal may be cheap now, but that’s simply because we’re not counting—and don’t even know how to count—the long-term costs.”

The Obama administration has taken some steps towards limiting coal production. Last week the EPA announced restrictions that would limit mountaintop removal mining. But those regulations won’t ban the practice altogether. The Senate could, in theory, take up that task: Sen. Ben Cardin (D-MD) and Sen. Lamar Alexander (R-TN) introduced a bill a year ago that would make mountaintop removal mining so expensive it would be economically infeasible, effectively banning the practice, Mike Lillis reports for The Washington Independent. Although the bill accrued a few more sponsors during 2009, mostly liberal Democrats like Sen. Dianne Feinstein (D-CA) and Sen. Frank Lautenberg (D-NJ), it hasn’t attracted much attention and is still sitting in the Environment and Public Works Committee.

In the Mountain West, the Bureau of Land Management is opening up federal lands for coal mining and claiming it can’t require companies to flare off or capture methane, a greenhouse gas 20 times more potent than carbon dioxide, David O. Williams reports for The Colorado Independent. Without methane capture, the new mines would pour carbon pollution into the atmosphere. This BLM stance, Williams writes, has green advocates in Colorado “longingly reminiscing about the bygone days of the Bush administration,” which said it would require companies to manage methane. 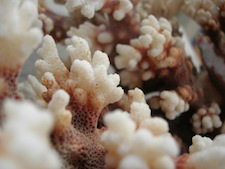 One thought on “The Weekly Mulch from the Media Consortium: Massey Energy and the True Cost of Coal”