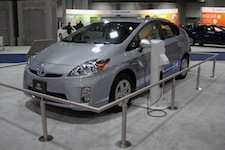 Dear EarthTalk: When the plug-in Prius is released, how much electricity will it use? Will my electric bill double if my Prius is plugged in each night? Or will the increase be minimal? Also, will all this recharging put a strain on the existing electricity grid? – G.C. Marx, Colorado Springs, CO

It is difficult to pinpoint the answer to this question right now since Toyota has not yet released its much anticipated plug-in hybrid, but most analysts believe the increase in your electric bill from overnight charging will be minimal. According to the blog Futurewheels.com, electric cars and plug-in hybrids (those that have been converted by owners) currently average about two cents per mile to recharge (electric rates vary greatly by region), while gasoline-only cars average about 10 cents per mile to refuel.

Plug In America, a California based network of electric vehicle and (self-converted) plug-in hybrid owners, estimates the cost to charge a typical plug-in hybrid overnight to be less than a dollar. So while your electric bill might go up $30/month due to recharging, your gas bill will decrease by somewhere between 80 and 100 percent depending on your driving habits and what you were driving beforehand.

Of course, it’s important to keep in mind that regular hybrids cost between $2,000 and $10,000 more than their gas-only counterparts, and that plug-in hybrids will likely cost even more due to their larger, better batteries and other more advanced technologies. It would take years and years of gasoline-free driving to make up the sticker-price difference between a plug-in hybrid and an equivalent-sized gasoline-fueled car. So while plug-in hybrids will help the environment, they’re not so much about saving money—unless you drive thousands of miles a week, in which case you’ll recoup your costs in fuel savings in a few years.

As to strain on the existing electricity grid, most experts agree that plug-in hybrids and all-electric vehicles, even in the unlikely event that all of us switched over to them eventually, wouldn’t compromise the ability of utilities to provide power, given that they are already scaled up to handle peak loads during heat waves when everyone runs energy-hogging air conditioning.

Furthermore, most of us would charge our cars overnight—typically a slow period for utilities otherwise and during which they could generate much more power if customers wanted it. A 2007 study by the U.S. Department of Energy’s Pacific Northwest National Laboratory found that off-peak electricity capacity could fuel the daily commutes of nearly three-quarters of all cars, light trucks, SUVs and vans on American roads today if they were plug-in hybrids. Plug In America adds that many utilities are upgrading local electricity distribution systems to accommodate plug-in hybrids and electric vehicles “just as they do when residents add more air conditioners and TVs.”

So if you’re interested in taking the plug-in hybrid plunge when the cars become available, don’t worry about increased electric bills, as overall you’ll be saving gobs of cash at the pump. And given the popularity of the current hybrids on the road, enough of us might go for the plug-in versions so as to reduce the cost disparity with traditional cars—meaning we could “save green” in more ways than one. 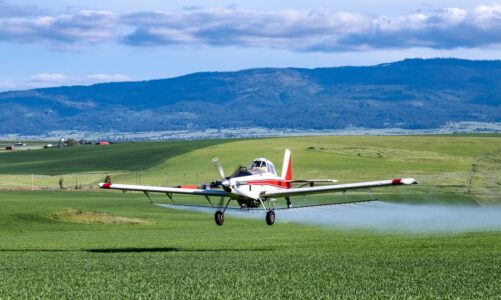