Later this month President Barack Obama is meeting with the leaders of 16 major economies in Washington to discuss ways to spur the global climate talks.

President Obama last week announced the launch of this initiative called the Major Economies Forum on Energy and Climate and will include participation by the United Nations. Denmark, the host to the final climate negotiation round, is one of the participating countries.

The Forum is designed to generate the political leadership necessary to achieve a successful outcome at the international climate talks.  Another aim is to explore concrete initiatives and cross border joint ventures involving clean energy products to cut greenhouse gas emissions.

The momentum President Obama hopes to achieve appears to be quick paced. After the inaugural meeting scheduled for April 27 and 28, the forum will meet again in July in La Maddalena in Italy. The international climate negotiations that the forum aims to support have a deadline next December, when they conclude in Copenhagen. By that time, a new protocol will hopefully have been hammered out to succeed the Kyoto climate protocol which expires in 2012.

Reports from the ongoing session of international climate negotiations currently in Bonn indicate that little progress has been achieved thus far. The negotiating partners are having a hard time achieving agreement on binding CO2 reduction targets and getting countries to commit to raising $100 billion U.S. for climate adaptation of poor countries.

The newly launched Forum is reportedly a modified version of George W. Bush’s Major Economies Meeting which was strongly in favor of binding targets for developing nations and was seen by some observers as an effort to undermine the UN effort. 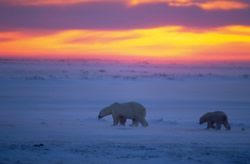 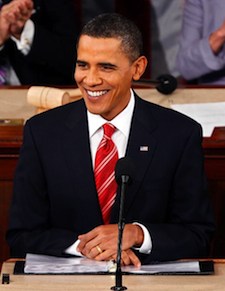