In a recent New York Times article New Jungles Prompt a Debate on Rain Forests, some confusion arose on the need to stop the loss of tropical deforestation (or at least that is the way I read the article). We provided a comment in response and I recently asked one of the other Smithsonian researchers in the article a couple of questions. Our response and his response to my questions are below. [Note his views are not necessarily the views of NRDC and reflect his personal observations not those of his organization.]

Here is a snippet from the article that caught my eye:

Here [Panama], and in other tropical countries around the world, small holdings…are reverting to nature, as people abandon their land and move to the cities in search of better livings.

These new “secondary” forests are emerging… at such a fast pace that the trend has set off a serious debate about whether saving primeval rain forest — an iconic environmental cause — may be less urgent than once thought.”

This article set off a firestorm from a range of people in the deforestation debate. We sent this comment to the New York Times in response:

Secondary forests and old-growth forests are not similar in all cases. In general, the carbon stored in regrowth is a mere fraction of the amount in the native forests. And that doesn’t even account for the significant differences in biodiversity between the two forests. That is why the world, the Natural Resources Defense Council (NRDC), and many others are coming together in pushing to provide the proper frameworks and incentives to quickly slow the rate of emissions from deforestation.

We are also pushing for a strategy to help regrow forests on degraded lands—we need both deforestation reductions and massive regrowth/replanting if we are to solve global warming. That is why NRDC is working with CATIE, a leading regional institute in tropical resource management headquartered in Costa Rica, to reforest land lost to cattle grazing – a leading cause of deforestation. Through this Revive a Rainforest campaign we are working to help regrow a rainforest on land that wouldn’t convert back to a rainforest fast enough.

To go a bit deeper, I asked William Laurance (someone interviewed in the article), from the Smithsonian Tropical Research Institute in Balboa, Panama for his perspectives. Here is how he responded:

Will we soon witness a massive loss of biodiversity in the tropics? Two scientists from the Smithsonian Tropical Research Institute in Panama, William Laurance and Joe Wright, recently convened a major public debate on this topic in Washington, D.C. Here is Laurance’s perspective on the debate.

We all know tropical rainforests are the world’s biologically richest ecosystems and are rapidly disappearing—at a rate of around 50 football fields a minute. If rapid forest loss continues, some believe, we could soon face a mass extinction event: a loss of life so devastating it might rival the catastrophic disappearance of dinosaurs and other species 65 million years ago.

Yet others disagree, particularly my colleague Joseph Wright, who believes tropical deforestation will be less severe than many believe, and species extinctions far fewer. Wright’s views have kicked off one of the most heated scientific controversies in the past decade, and were the subject of a major public debate at the Smithsonian Institution in Washington, D.C. on January 12.

In a nutshell, Wright suggests that, as part of a global trend toward increasing urbanization, many slash-and-burn farmers in tropical countries will leave the forest frontier and move to cities, where economic opportunities are greater. This, he argues, will alleviate pressures on forests, by slowing the loss of old-growth forest and allowing secondary forests to regenerate on abandoned farmland. Such trends will reduce species extinctions, Wright believes, because less old-growth forest will disappear and because some endangered species will survive in secondary forests.

Yet some believe that Wright is being too optimistic. While few dispute that urbanization is occurring, it may not lead to much forest recovery. This is because large-scale corporations—industrial logging, agribusiness, biofuels, and oil and gas industries—and globalization are increasingly driving much forest loss. Indeed, because a single bulldozer can clear as much forest as dozens of machete-wielding farmers, rates of forest loss may accelerate in the future, not slow down, even if rural populations should decline.

In addition, many question Wright’s assumption that endangered species can survive in secondary forests. In regions such as the Amazon, the average age of secondary forests is just 6-7 years. Young secondary forests are scrubby and sparse, differing dramatically from old-growth rainforest, which has towering canopy trees, a uniquely dark and moist microclimate, and literally thousands of plant and animal species per hectare. Typically, young regrowth forests sustain many generalist and weedy species—few of which are likely to be endangered.

Finally, tropical species face perils above and beyond habitat destruction. Many species, including apes, monkeys, and forest elephants, are being killed off by rampant overhunting and the commercial-bushmeat trade. Others are being driven to extinction from exotic pathogens, such as the deadly chytrid fungus that has wiped out hundreds of tropical amphibians. Rainforests are also being degraded by selective logging, habitat fragmentation, and surface fires, all of which harm disturbance-sensitive species. And global warming could be a far greater peril to the tropics than many realize.

Indeed, Wright himself has begun to emphasize the importance of global warming. In the tropics, where temperatures are nearly constant throughout the year, many species are thermal specialists. Those living in the hot lowlands may already be dangerously close to their thermal maximum, whereas those in the cooler mountains will have nowhere to go as conditions get hotter. Hence, habitat destruction and climate change are both dire threats to rainforest species.

What are the implications of our debate? Firstly, the controversy has highlighted a need for more research in a variety of areas. For instance, we need to know which species will survive in secondary forests, and how different environmental threats, such as habitat loss and global warming, will interact to threaten species. Even Wright’s staunchest critics credit him with bringing new perspectives to tropical conservation.

Secondly, we need to promote international carbon trading to slow deforestation and promote forest regeneration. At the moment, landowners in tropical nations usually receive nothing for conserving their forests, which perform vital ecosystem services that benefit us all—such as storing carbon, helping to regulate the global climate, and conserving biodiversity. Carbon trading provides a mechanism whereby wealthy nations can bear some of the costs of forest protection, a vital goal given that tropical deforestation produces a fifth of all greenhouse gas emissions today.

Lastly, we direly need the United States to ratify the Kyoto Protocol (or a similar international framework) to limit its carbon emissions. This will not only slow global warming but it will greatly increase the demand for carbon credits, some of which can be used to help slow deforestation. Reducing deforestation will not only help our battered climate, but it will preserve some of the most imperiled species and ecosystems on earth.

Our debate in Washington occurred just days before the inauguration of President-elect Obama. With many Washington insiders and political staffers in our audience, we are hopeful our message was heard in high places. Like many others, we are counting on the Obama Administration to have more forest- and biodiversity-friendly policies than we’ve seen in recent years. 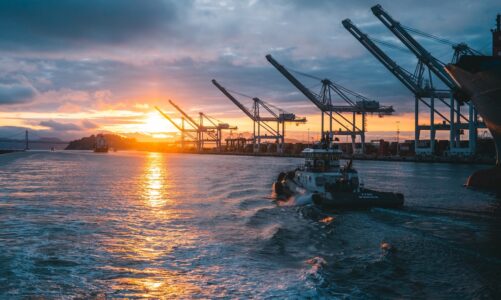 2 thoughts on “Clearing Some Confusion on Tropical Deforestation: Is the future that bad?”