Dear EarthTalk: What is “microfinance” and how does it help poor countries and preserve the environment? – – Eliza Clark, Seattle, WA

The brainchild of Grameen Foundation founder Muhammad Yunus, microfinance is a form of banking whereby financial institutions offer small loans to the poor. The idea behind the concept, which originated in Bangladesh in the mid 1970s, is that motivated and disciplined poor people could climb out of poverty if they had access to funding—even small amounts—that help get businesses off the ground. With access to revolving loan funds, these “micro-entrepreneurs” can build businesses, pay back the borrowed money, and continue to provide for themselves and their families in a sustainable manner.

A classic example would be a woman who borrows $50 to buy chickens so she can sell eggs to other members of her community. As her chickens multiply, she can sell more eggs, and eventually she can sell chicks as well. She pays back the money and has climbed out of a perhaps desperate situation financially—and the community benefits from having a new source of nutritious food.

“Having access to money to start a small business isn’t about fulfilling a dream, it’s literally about keeping their families one step ahead of starvation and putting a roof over their heads,” says Tracey Turner, founder of MicroPlace, an online “microfinance marketplace” launched by eBay in 2007.

Individuals can put small or large amounts of money on MicroPlace and get a rate of return in the two- to three-percent range—better than a donation—and get the satisfaction of knowing that their cash is helping someone in a developing country improve their lot and that of their impoverished community.

On the environmental front, microfinance is, in and of itself, “green” in that it promotes businesses that can be sustained indefinitely. Example after example over the last three decades have proven the concept that when poor people are given opportunities to earn a living in a legitimate and sustainable fashion, they have little or no need to pillage their surrounding natural resources to shelter or feed themselves. Also, most of the financial institutions involved in microfinance hold up sustainability as a precondition for awarding loans. Others encourage greener businesses by offering lower interest rates to borrowers with sustainability-oriented plans.

While upstarts like MicroPlace and Kiva (which operates on a similar model whereby individual investors can get in on the microlending fun) are grabbing most of the microfinance headlines these days, Grameen Bank was the first microfinance lender in the world, initiating its first project in 1976 in the Bangladeshi village of Jobra. Today Grameen does a lot more than just offer small loans. It also accepts deposits and provides other banking services, and runs several development-oriented businesses including fabric, telephone and energy companies. And it has spawned thousands of other institutions doing similar things: World Bank statistics show that more than 7,000 microfinance institutions serve some 16 million people in developing countries with $7 billion in outstanding loans, 97 percent of which are repaid.

In 2006, Grameen founder Muhammad Yunus was awarded the Nobel Peace Prize for his efforts. Dear EarthTalk: What is the so-called “smart grid” I’ve been hearing about, and how can it save energy and money? – Larry Burger, Litchfield, CT

America’s electricity grid is built upon what many consider to be an antiquated principle: Make large amounts of electricity and have it always available to end users whether they need it or not. It’s much like the way most home water heaters work in keeping water constantly hot even when it is not being used. It is also a strictly one-way relationship with utilities supplying power to end users, but not also vice-versa.

The smart grid concept is predicated on a two-way flow of energy—and information—between electricity generators and end users. The system not only delivers power to end users as needed, depending on demand; it also gathers power from end users that produce their own—homes and businesses that generate solar, wind or geothermal power themselves—when they have more than they need.

Some 42 states and Washington, DC already require utilities to have systems in place to buy excess energy generated by their customers. But, writes journalist Michael Prager in E – The Environmental Magazine, “because they can’t know in real time that power is coming in, utilities generate as much as they would have anyway.” He adds that when information flows both ways, end users will be able to send information back to the grid specifying how much power they need and when they will need it. They’ll also be able to communicate when they have excess power available to upload to the grid.

On the forefront of research into the feasibility of the smart grid on a large scale is the Future Renewable Electric Energy Delivery and Management (FREEDM) Systems Center, established in 2008 by the National Science Foundation and headquartered at North Carolina State University. FREEDM is partnering with universities, industry and national laboratories in 28 states and nine countries to develop technologies they say will “revolutionize the nation’s power grid and speed renewable electric-energy technologies into every home and business.” So far, some 60 utilities, alternative energy startups, electrical equipment manufacturers and other firms have signed onto the new partnership.

One such utility, Colorado-based Xcel Energy, has even begun to put smart grid technology into practice on a trial basis for a small percentage of its customer base. The utility has spent some $100 million outfitting 35,000 homes and businesses in and around the city of Boulder with automation and communications capabilities to enable two-way communication of electricity needs.

Xcel won’t have enough data to assess energy and cost savings until early 2010, but analysts are optimistic that the utility’s costly experiment will reap benefits down the road for consumers, utilities and the environment. Indeed, environmentalists and economists alike have high hopes that widespread implementation of such “intelligent” systems could help usher in a new age of unprecedented energy efficiency, emissions reductions and cost savings around the United States and beyond. 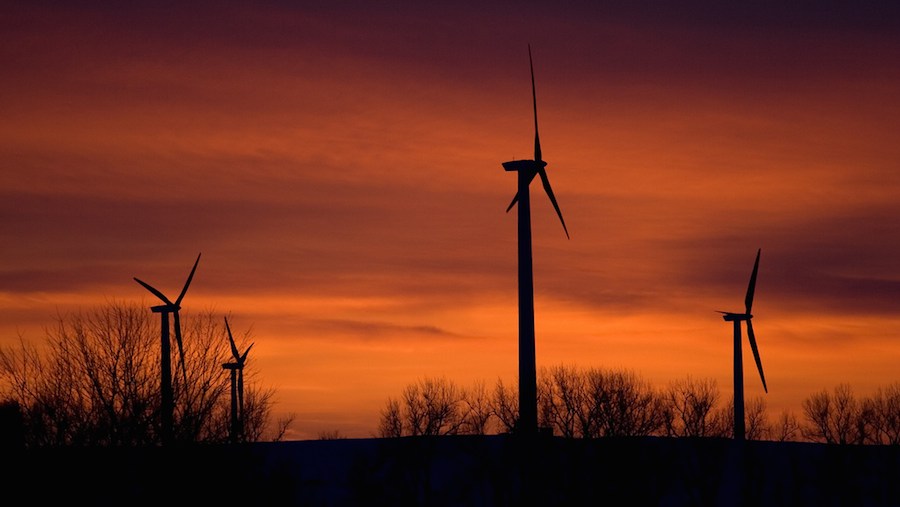 2 thoughts on “EarthTalk: How Microfinance Helps Developing Countries and Why America Needs a New Smart Grid”