Global warming is the top issue of the world agenda now and that’s not surprising – every area of our lives is affected by our environment’s condition. But what are the differences between Fahrenheit and Celsius or Kelvin and do they matter?

The way we measure temperatures is derived from the exact difference between boiling water and frozen ice, whether you think in Fahrenheit, Celsius or Kelvin. The history sources don’t bestow us with a lot of information when they relay how the historical figures Fahrenheit, Celsius and Kelvin came to their famous temperature measuring instruments. All three devised rather simple scales on identical thermometers, which divide temperatures in equal portions.

From a modern point of view what is quite interesting is the zero degree point on both Celsius and Fahrenheit. Celsius took the melting point of ice as the zero point on his scale and the same temperature in Fahrenheit, 32 degrees, was determined as the point at which freezing set in. So Celsius opted for the point where the frost was disappearing and Fahrenheit looked for the point where it set in. I’ve browsed around to see if there’s any significance to this but this doesn’t appear to be the case. If you wish to contradict this, be my guest!

The actual differences between the scales of Celsius, Fahrenheit and Kelvin are quite straightforward. Daniel Fahrenheit was the first scientist who came up with the thermometer. It looked rather similar to the things we still use today. He placed the instrument in a mixture of ice, water, and ammonium chloride, a salt. This is a type of frigorific mixture which automatically stabilizes its temperature at the freezing point, which he assigned at 32 degrees Fahrenheit. Next he heated water until it was boiling. He then immersed the bulb of the thermometer into the boiling liquid and allowed the height of the mercury column to become constant, marking it to be 212 degrees Fahrenheit. He divided the distance between 32 and 212 into 180 equal divisions, with one division equal to one degree.

The Celsius scale was invented by the Swedish astronomer Anders Celsius in the early 1700’s. This scale is in use in almost every country outside the US. Celsius used the same procedure that Fahrenheit did. However he decided to set 100 as the freezing point of water and 0 degrees Celsius to be the boiling point of water. This was turned around later on and this scale is now known as the metric system. It is in use everywhere except in the US. Since the Celsius scale contains 100 degrees between the reference points, it’s also known as the centigrade scale when it was adopted in 1795 as the standard temperature scale for the metric system.

Interestingly, in 1787 the French physicist Jacques Charles discovered that the volume of a gas, when under constant pressure, varies in line with the Celsius temperature scale. Subsequent scientists contested this and say that only ideal gases move ‘in tune’ with the centigrade scale. But, more importantly, they made theoretical calculations about the behavior of gases which which showed that the very lowest possible temperature is minus 273.2 degrees Celsius.

Then the British physicist and mathematician Sir William Thomason, better known as Lord Kelvin, came along and suggested that since there was an absolute lowest possible temperature, it was best to institute another scale beginning at that absolute bottom point and calling that zero. What became known as the Kelvin scale is still the scale scientists mostly use. It has no values less than 0. The freezing point of water is given as 273.2 Kelvin, and the boiling point of water is 373.2. The Kelvin temperature is always larger than the Celsius temperature by a plus 273.2 factor. The Kelvin temperature value can always be found by adding 273.2 to the value of the Celsius temperature value. Scientists believe that 0 Kelvin temperature is one of those values in nature which cannot be reached. Some places in outer space have a temperature as low as 3 Kelvin.

Water was the obvious choice for the scientists to use for their measurements. Not least because compared to similar compounds (hydrides), water has an extremely high boiling point. If the boiling points of all compounds similar to water are graphed as a function of their atomic weight, a simple extrapolation to the expected boiling point of water would produce a temperature of -100 degrees Celsius. This is 200 degrees below water’s actual boiling point of 100 degrees Celsius. If water did not have such a high boiling point, life as we know it would be impossible. It is this particular property too that enables water to be the most efficient coolant by evaporation ever discovered.

Lastly, a quirky anecdote; Celsius, who conducted many geographical measurements for the Swedish General map, was among the first scientists to record that large parts of Scandinavia’s coastal line was slowly rising above sea level, a process also known as crustal rebound. Scandinavia’s landmass has been on the rise since the latest ice age and the Vikings even had laws which included provisions that determined who could rightfully claim the land that had risen from the sea. The rate at which the land rises is very slow, but even within an individual’s lifetime it’s noticeable. Scientists during Celsius’ lifetime were confused about what caused this. Some said the sea levels were falling and others believed the land was rising. Celsius thought that the sea levels were falling but put the rebound –incorrectly- down to the notion that the water was evaporating. The land was actually rising because part of the asthenosphere (the layer of earth of at around 100 to 350 kms deep) rebounded in a reaction to the ice age. When, during the ice age, ice sheets covered parts of the lithosphere (the rigid outer 100 km of the earth), the more mobile material in the underlying asthenosphere shifted slightly to accommodate the ice’s additional weight. After the ice sheets melted, this material shifted back and the land slowly rebounded. The rebound was much slower than melting of the glaciers, so there was a time lag between the glacier’s retreat and the land’s rebound. A similar process affects Hudson Bay today. 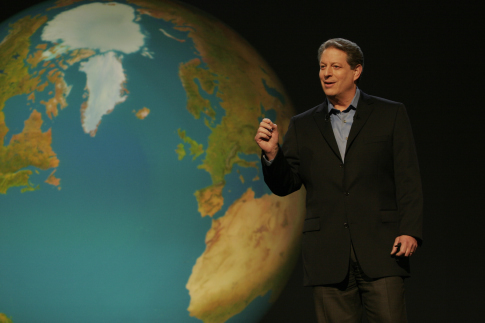 2 thoughts on “Temperatures And The Way They’re Measured”