Next week’s COP 14 climate talks will be a severe test of the world’s resolve to tackle climate change as economic conditions have taken a turn for the worst. Experts interviewed by Reuters news agency said that the election of Barack Obama as the new U.S. president might countervail the worst worries.

The United Nations Climate Change Conference take place December 1-12 in Poznan, Poland and it is feared that countries will be loath to commit to severe cuts in emissions because of the associated economic implications now that a global recession has set in.

Lower oil prices, a side effect of the economic crisis, are an additional factor set to negatively impact negotiators’ resolve. According to Yvo de Boer, head of the U.N. Climate Change Secretariat lower oil prices will mean ‘less of an incentive to invest in renewables.’

The climate talks, which are hoped to result in a new climate deal by the end of 2009 (COP 15 meets in March in Copenhagen), will focus on progress already made. The 8,000 participants will also discuss new ideas like clean technology and a mechanism to reward tropical nations for combating deforestation. Poor countries are the central point in the discussions this time. The delegates are also going to make a start negotiating an 86-page text of ideas for a new treaty.

Reuters reports a number of real life examples of businesses botching climate related projects due to the financial crisis.

The minute the financial crisis struck, industries said ‘this makes it difficult to take on expensive targets’,” De Boer was quoted as saying.

For instance, FLP Group, the biggest US wind power operator, reduced its 2009 spending by 25% to $5.3 billion. Other companies will experience the effects of low share prices. One of the worst affected companies was China’s Suntech Power Holdings whose share price was down over 90 percent. Suntech is the world’s largest solar panel manufacturer.

One saving grace amid this litany of bad news is the President elect’s substantial pledges to  actively invigorate the climate change talks. The new U.S. president has already indicated strongly that the economic turmoil won’t impede on his commitment to tackle climate change. Obama has plans for a costly stimulus package to revive the economy whose focal point is green jobs, an important part of his environmental targets.

Meanwhile, European scientists united in the European Science Foundation, put out a press release, saying that what’s crucial if Europe is to maintain its environmental stability and economic development is a paradigm shift in the current energy policy. The scientists said that direct conversion of solar energy into fuel is one of very few major options that humankind has to provide socially, economically and environmentally robust and resilient renewable fuel with energy security.

Contrary to the massive public investments to traditional energy sources and energy infrastructure, the share of clean energy in R&D budgets remains as low as at 7-8 percent”, they said, before proposing particular steps towards workable research programs and implementation strategies for better understanding the challenges of clean fuel research and related socio-economic issues.

What’s clear already is that there are no fundamental engineering concerns that would limit a full-scale commercial use of solar-to-fuel energy conversion in the future. Two of the most promising technologies where – given effective support – major scientific breakthroughs are expected are solar-to-fuel conversion in micro organisms and photocatalysis.

Both technologies have the potential to provide CO2 neutral fuels with a higher efficiency than those based on field crops. But they need support to blend the underlying basic science into cross-cutting technological applications, the ESF says, adding that this is a perfect example of high impact science.

A new, clean fuel energy infrastructure’s social, economic and political implications should not be underestimated, though. A lot of work still needs to be done  to get people adapted to the alternative paths in a future solar energy socio-technical system. 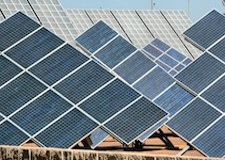