The International Journal of Inactivism is a

scholarly journal dedicated to inactivism, inactivists, inaction, and inactionology, especially with regard to global warming and mitigating it.”

In their quest to root out inactivism the journal has posted a call to principal deniers – John Coleman, James Inhofe, Owen McShane, Christopher Monckton, and others, to stand behind their charges and force the issue and therefore end the doubt.

To sue Al Gore and James Hansen as conspirators in a hoax, if that is what they believe, and vindicate their position to the entire world.

Tell these guys to put up or shut up.

Update:
It appears as if some in the “deniesphere” expect any of the afore mentioned people to actually “sue” Gore, Hansen, or anyone else as conspirators of a hoax that they know does not exist.

Typically, these folks miss the point and have an astonishing lack of self awareness. The petition is simply an example of the deniers own tactics brought right back upon themselves.

But of course they wouldn’t see it. They use fear-mongering to accuse others of the same. They cite junk science (when they actually cite anything at all) as proof the real science is junk science. Thus, they are themselves afraid, rely on muddle-headed dogma and “conspiracy theories” to promote more of the same. They bark at straw men and entirely miss the point. And so, the petition simply asks them if they are so convinced of a conspiracy theory, then, as I said before, put up or shut up. Force the hand of reason. It would do us all good. 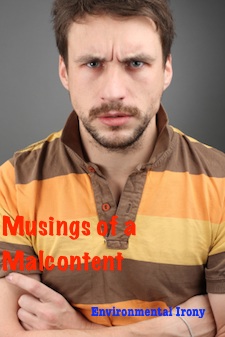