The New Economics Foundation invokes the spirit of Franklin D. Roosevelt and his New Deal in urging UK government  and leaders worldwide to launch an aggressive campaign that tackles the twin problems of the current financial crisis and environmental degradation, particularly as it relates to growing greenhouse gas emissions, climate change, and energy and agricultural resources development and management.

What FDR was able to pull off in the depths of the Great Depression so NEF’s “Green New Deal” set of policy proposals urges leaders to band together and take comprehensive action in the next 100 days to address these issues by fixing what’s broke in the financial sector and facilitating the flow of broad and large-scale investments in renewable energy and environmental transformation to a low carbon society.

“The global economy is facing a ‘triple crunch’: a combination of a credit-fuelled financial crisis, accelerating climate change and soaring energy prices underpinned by encroaching peak oil.    It is increasingly clear that these three overlapping events threaten to develop into a perfect storm, the like of which has not been seen since the Great Depression, with potentially devastating consequences,” the NEF states.

Though it will require large up-front investments, revising and strengthening financial sector and tax regulations, providing support and creating incentives that guide investment into projects addressing these issues and the companies carrying them out will revitalize and transform the economy, putting it on a more environmentally sustainable, long-term track, the NEF argues.

Making financial sector re-regulation and renewable energy investments national priorities would re-direct the misallocation of capital that has led to the current credit crunch, free up lending and financing and lower capital costs for companies involved in more socially and environmentally responsible businesses, create thousands of “green collar” jobs and forge new alliances between industry, labor, agriculture and environmentalists, the type of all-inclusive comprehensive effort necessary, the NEF argues.

“The most serious global crisis since the Great Depression calls for serious reform the like of which has not, yet, been considered by politicians,” according to NEF.

“This entails re-regulating finance and taxation plus a huge transformational programme aimed at substantially reducing the use of fossil fuels and, in the process, tackling the unemployment and decline in demand caused by the credit crunch.  It involves policies and new funding mechanisms that will reduce emissions and allow us to cope better with the coming energy shortages caused by peak oil.”

Founded in 1986 by the leaders of ‘The Other Economic Summit,’ which successfully forced issues such as developing world debt on to G7 and G8 Summit agendas, NEF is led by policy director and head of its climate change program Andrew Simms, the author of “Ecological Debt: the health of the plant and the wealth of nations.”

It’s self-stated mission, in short: “We aim to improve quality of life by promoting innovative solutions that challenge mainstream thinking on economic, environment and social issues.  We work in partnership and put people and the planet first.”  Okay, it’s only a mission statement, but not a bad one at that. 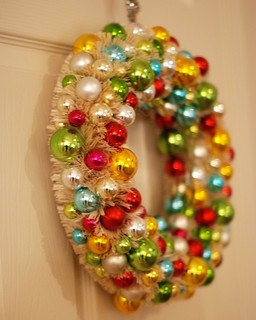