Not many people have heard of the Climate Extremes Index, but it was first introduced back in 1996 with the goal of

…summarizing and presenting a complex set of multivariate and multi-dimensional climate changes in the United States so that the results could be easily understood and used in policy decisions made by nonspecialists in the field.”

My guess is that those unfortunate enough to lose their homes, farms, and livelihoods from the recent flooding in the Midwest don’t care about the CEI right now – with an estimated $8 billion in losses (and rising) that’s to be expected. But the question remains: if the Climate Extremes Index is there to help us understand climate extremes and what they mean, why isn’t the mainstream press saying more about it?  As Joseph Romm originally reports in ClimateProgress.org, there isn’t even a mention of the data trends of the CEI, or the expectation of more extreme weather events as a consequence of climate change.

But in a way I can understand. Just wade through the comments on Romm’s post on ClimateProgress (linked above), or the reprint published on Grist.com, or how about the “world governments are controlling the weather” comment at SolveClimate.com – who’d want to put themselves in the middle of all that acrimony?

No single weather event can be directly linked to “global warming” as its cause – not the flooding in the U.S. Midwest or the killer Typhon in the Philippines – climate is not weather – ever. Lot’s of people misunderstand that, but in the process of researching this post and getting in the middle of all this “intelligent debate”, it seems more often than not its the deniers (few real skeptics seem to exist at all anymore, on any subject) that miss this point:

The Mississippi Flood of 65…”

The flooding is historic — if your a 4th grader.You have to read the fine print — one article called the floods “historic” but then added it was the worst “in 15 years”!

(This last quote misunderstands a basic point. The flooding in 1993 and 2008 are both considered the kinds of floods you’d expect once every 500 years – and yet two have occurred only fifteen years apart.)

Okay, there have been disastrous floods in the past, what is everybody trying to prove by these endless comments of catastrophic weather of yore? If we all (tenuously) agree that no single weather event can be linked to climate – climate is not weather – then what’s the usefulness of bringing up any single weather event?

The point is that averages and extremes will change over time – as in climate change. So when there is a particularly extreme weather event it seems logical to take a look at things such as the Climate Extremes Index, consider the models (and increasing empirical data) calling for more extreme weather, and from there consider how we might prepare for the next flood, the next hurricane, continued drought, and whatever else might come our way in a changing world – and it is changing.

Government scientists warn of increased extreme weather events such as the recent flooding in the Midwest. Not that this particular flood is directly linked to global warming (though there is actually a case to made in that regard), but that this is the kind of thing we’ll need to deal with more often – just as two “500 year floods” within only 15 might point out.

Instead the mainstream media seems loath to even mention climate and possible adaption strategies they may be necessary, and all those commenters on the blogs – on all sides of the issue – just go on and on and on and on…

For the people in Iowa and the Midwest it might not much matter what caused the “Great Flood of ‘08”. What does matter, to them and to all of us, is how far we can pull our heads out of the sand, stop yelling at each other, and actually see the handwriting on the wall. 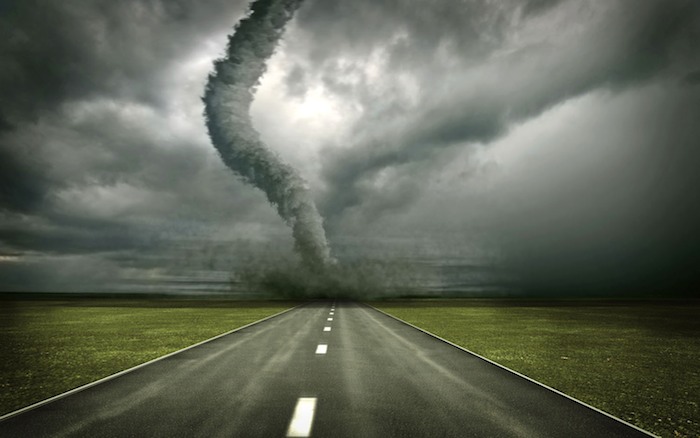 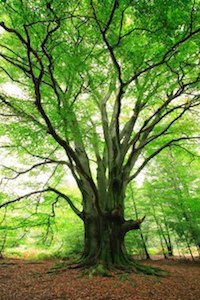