About two-thirds of has been declared a disaster area as a result of this year’s flooding.  Reminiscent of after Hurricane Katrina, residents along the are living under curfews and have to pass through check points to see their damaged homes.

Failed government policies are responsible, according to Friends of the Earth, which has launched a Web-driven public campaign to effect changes to national flood and river management policies.

Given the increasing frequency and intensity of precipitation and flooding in the and delta, there’s an urgent need to rethink and re-orient federal government policies.  “The Army Corps of Engineers, along with the rest of the federal government, can no longer waste money and endanger people with futile attempts to overpower Mother Nature – especially as we come to expect 100-year floods every decade.  It is imperative that we stop playing the proverbial fool and start building our lives on secure ground,” FoE asserts.

Specifically, FoE is calling for changes in the longstanding means and methods the federal government, through the Army Corps of Engineers, uses to cope with high precipitation and flooding along the nation’s major waterways.  A shift away from large-scale structural engineering solutions and towards wetland restoration is urgently needed, changes that scientists have been advocating for decades now.

An even more radical change in property development, as well as national flood policy and measures to minimize damage, is necessary if repeats of this and previous years’ flooding are to be avoided however, according to the FoE.  Future building and rebuilding in the should be set back from waterways and other flood-prone areas, FoE advises.

Despite spending of billions of tax dollars, federal government and US Army Corps of Engineer efforts to minimize flooding and damages along the are failing.  What’s more, expert advice that might lead to more enlightened policy and programs is being ignored, according to the FoE.

Don’t rebuild in high-hazard flood-prone zones like coastlines and river deltas was expert counsel in a 1966 report to Congress by the Task Force on Federal Flood Control Policy, and was reiterated in the 1973 Report of the National Water Commission, both of which found that flood damages were increasing despite enormous flood control expenditures.

Wetlands: How to Restore What’s Been Destroyed?

Not surprisingly, ecological research has shown that nature’s has its own, effective ways of coping with high-intensity storms and floods – wetlands.  Unfortunately, private developers with support from tax dollars have wiped most of them out.

As much as 95% of ’s and ’s wetlands have been destroyed, which contributes to the damages caused by floods, FoE notes.

Restoring wetlands and river ecosystems, typically a secondary consideration in reconstruction efforts to date, would provide a relatively low-cost, low environmental impact means of providing a flood and storm buffer in the Mississippi and other river basins and should move up to the front line of national flood management policy and efforts, it asserts.

“Both panels [the researchers who carried out the 1966 and 1973 studies] recommended that more attention be paid to relocation out of flood zones and called for greater emphasis on non-engineering solutions.  There is a growing body of evidence that healthy wetlands, in-tact dune systems and other natural ecosystems reduce storm and flood damage, but far too many tax dollars have been spent to destroy these natural systems to facilitate more development,” FoE notes on its web site.

Increased Precipitation and a Warming Climate

“No single weather event can be attributed to global warming, and it is impossible to say that the recent heavy rains in the Midwest are caused by the climate crisis, but it is clear that in the aggregate, humans’ continued pumping of massive quantities of greenhouse gases into the atmosphere is causing more extreme weather,” the FoE wrote as part of its public appeal and political action campaign.

It cites the following as evidence of link between increasing frequency and intensity of floods and precipitation in particular regions:

– A 1995 analysis from the showed extreme weather events in the were already increasing in ‘statistically significant’ ways;

– In 2002, scientists called increased precipitation ‘an expected outcome of climate change’ that ‘may cause losses of corn production to double over the next 30 years’;

– In 2004, an article published in the Journal of Hydrometeorology found that, "Over the contiguous U.S. precipitation, temperature, stream flow, heavy and very heavy precipitation … have increased during the 20th century";

Political change is vital and possible, FoE urges, noting that the president appoints the Army Corps of Engineers’ leaders and is charged with ensuring that they have access to the knowledge, expertise and resources required to enact more enlightened flood control and waterway management policies.

As part of its more immediate political action campaign, it has organized a Congressional petition, which can be accessed via this link. 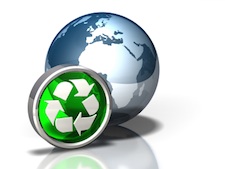