The large spike is due in part to a government report indicating stockpiles had decreased last week, instead of the increase analysts expected.

Over the last four days, the price of oil has risen more than $9 a barrel.

There is a tremendous amount of fear and greed driving this market. This is a runaway train. I don’t think the fundamentals justify the runup."

Some analysts expect a sell-off in the futures market after the Memorial Day weekend, though few are certain what to expect as oil climbs higher into uncharted territory.

Other factors in in the price of oil include rising demand, especially for diesel fuel in China, India, South America, and the Middle East, as well as the weakening dollar. 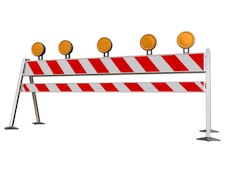