As I reported earlier this week, the Intergovernmental Panel on Climate Change met this past week in Valencia, Spain to prepare their fourth assessment report in anticipation of the upcoming United Nations Framework Convention on Climate Change next month.

This fourth assessment report is a synthesis of the previous three reports released earlier this year.

The report states that “warming of the climate system is unequivocal, as is now evident from observations of increases in global average air and ocean temperatures, widespread melting of snow and ice, and rising average sea level…”

This opening statement in the draft copy of the Summary for Policymakers of the Synthesis Report does not take into account the most recent observations of the record Arctic ice melt and the apparent sudden spike in atmospheric levels of CO2.

United Nations Secretary-General Ban Ki-Moon called on both the United States and China to step up to the plate and take more decisive action to slow climate change, saying that “both countries can lead in their own way”.

Ki-Moon added that global warming imperils "the most precious treasures of our planet" and the effects are "so severe and so sweeping that only urgent global action will do. We are all in this together. We must work together."

A pdf draft copy of the summary report for policy makers is available here. More information, including a webcast of the press conference in Spain is on the IPCC website.

Preliminary reports from Spain were that the US was prepared to be on board with the synthesis report calling for aggressive and urgent action to mitigate the worst effects of climate change. But as reported by the DeSmog blog earlier this week, the debate over what data to include in the report has been contentious, with “certain governments” not interested in taking the radical action suggested pushing for a “watered down” version of the report. 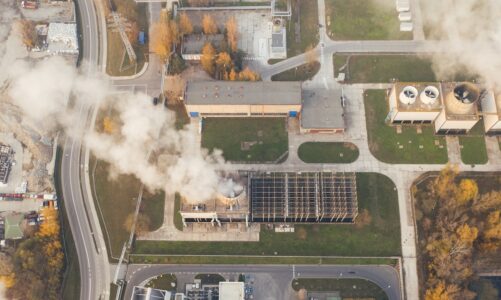 One thought on “IPCC Synthesis Report: Situation for Global Climate Change is “Dire””