It is unfortunate that any political agenda ever be introduced into a tragedy such as the recent mining tragedy in Utah, except that which will help insure it never happen again.

Perhaps that is a naive notion, and the issue of energy policy is a complex one, but to blame a coal mine disaster on “green zealots” blocking oil drilling in the Arctic National Wildlife Refuge or the continued development of nuclear power generation is disingenuous; nonetheless, that is exactly what columnist Thomas Sowell does in a recent column, and shows, in my opinion, a tiresome lack of understanding of the issue.

Sowell writes that if we allowed nuclear development or oil drilling in ANWR there would be less need for coal, fewer coal mining disasters, and thus it is environmentalists that are specifically to blame (if anyone else shares blame, Sowell does not  state who it is).

At its core, this is another example of an argument based on a flawed understanding of energy use in the United States. Transportation is by-and-large powered by oil. Electricity is largely generated from coal. Drilling for more oil in Alaska will have a limited impact on how many miners are sent into the ground to risk their lives for Mr. Sowell’s benefit and mine – and yours.

It is true that nuclear power can help ease the burden placed on coal-fired electricity, but if he truly believes the coal industry is any more interested in rolling out nuclear than an environmentalist, then Sowell is himself either naive, a “zealot” (albeit not a green one), or simply ignorant of which he speaks.

If we must deal in human tragedy in pursuit of a sound and sustainable energy policy in the United States, then we should not ignore the very real risks and hazards of nuclear energy. Though Sowell wants to lump all environmentalists into one group, completely aligned on every issue, the truth is a little more subtle than that.

Nuclear power must be considered as an option as the country moves into the realities of the 21st century. But the short and long term consequences and dangers are very real, and Mr. Sowell sadly exploits human tragedy to no good end by failing to forthrightly discuss the issue, or perhaps even truly understand or really care about it.

What to me is most disturbing in the column is when Sowell equates the tragedy in Utah to the “hypothetical possibility of inconveniencing some caribou in Alaska” – that the one is in any way responsible for the other.

I do not know, but I am willing to guess that Thomas has never been to Alaska, or that if he has, he never got far from the bus. Too bad.

When the Valdez ran aground and spilled 11,000,000 gallons of Alaska Crude into Prince William Sound it was an entire ecosystem that was “inconvenienced”. A pristine wilderness all but ruined in one moment of faulty judgement. Tens of thousands of animals died, up and down the food chain. It was a tragedy not just for the wildlife of which Sowell is so apparently dismissive, but for the people that made their living on the Sound.

Perhaps if I used his own logic, I could twist just such an argument, but I shall not.

Instead, I will try to value human life as well as the natural world, one not excluding the other, realizing that wild places must be preserved and protected not only for their own sake, but for the sustenance of all human endeavor.

We all share in the human tragedy of events like the mine collapse in Utah, but none more than the men that died and the families that suffer the brunt of that loss. It is a shame that Thomas Sowell must play on such tragedy to advance such a flawed and mean-spirited argument.

Energy policy will never be advanced nor tragedies averted by such thinking. 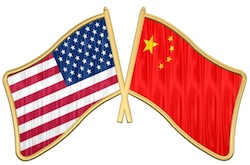